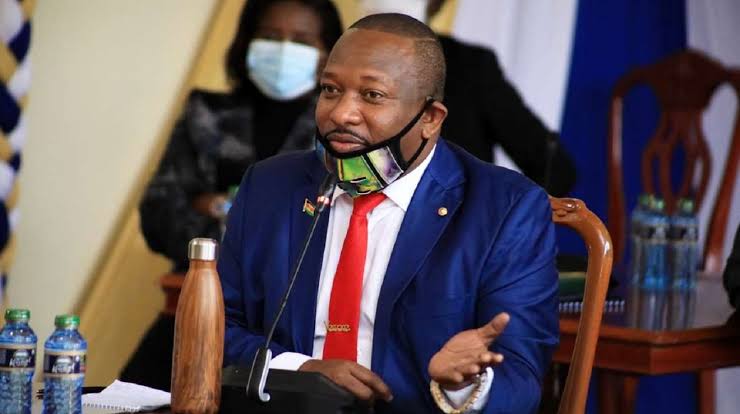 Mike Sonko’s glory days are over, let’s start with that. In an afterthought move, Wiper Movement leader and presumed Ukambani leader Kalonzo Musyoka pulled Mike Sonko out of the court corridors to contest for Mombasa gubernatorial position in his sinister way to derail, blackmail and fight Azimio’s candidate Raila Odinga.

Sonko of today is not that of 2018 who wowed the Nairobian electorates and got more votes than any other candidate in the same position in the country.

At the time, many perceived him as incorruptible, a clean template politician who couldn’t touch a coin against the will and to the advantage of the wananchi and as wisemen said, give a man power, money and know his characters, Mike Sonko turned out to be the devil who was hiding in plain sight.

The embattled former Nairobi Governor has not only had to face serious fraud, corruption accusations still in court, he was also faced with terrorism charges that saw him being put under custody of the dreaded anti terror police unit.

At one point, Sonko had President Uhuru on speed dial, but they’d later break up as the president kept a safe distance from the ex-governor after intelligence sources singled him out as spiked and disastrous. Sonko would at one point launch personal attacks on the president eventually leading to his arrest and ouster. Sonko willingly gave up the functions of the county government to NMS after it became imminent that he was incompetent and not up to the task.

After he was eventually impeached by both the Nairobi County assembly and the Senate over corruption allegations, Sonko claimed that he was forced to transfer power under duress in Statehouse, sensationally saying that he was drunk while doing so. Investigations by both EACC, County Government and Senate found the ex-governor incompetent to hold public office. 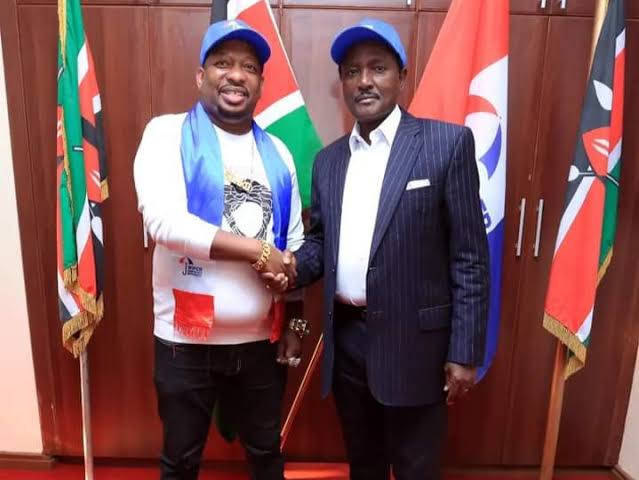 Sonko and his puppet master Kalonzo.

Kalonzo Musyoka who has been subtly blackmailing Raila Odinga to appoint him as his running mate with the aim of taking over from him in 2027 as Mr Odinga wants to go for one term, decided to frustrate Odinga’s consolidation of his support base.

Related Content:  How Murkomen is feeding on Ruto-Toglos beef

In Nairobi, Kalonzo against the Azimio’s MoU of having a Jubilee candidate for the governor and ODM for DG, fronted his own candidate a Prof Kaloki whom again he used to blackmail ODM by fronting him to deputize Jubilee’s Richard Ngatia.

After negotiations, leading contender Tim Wanyonyi of ODM stepped aside in favor of Polycarp Igathe the candidate that Jubilee fronted. Again, Kalonzo went ahead with his push and insisted a Kamba in this case Prof Kaloki was to deputize, he had his way.

In Mombasa, Kalonzo a supposed reformist has brought a ‘garbage’ to lead the county as the preferred Wiper candidate, Sonko who’s marred with all manner of scandals has been given a direct ticket by Wiper in a cunning move that has been read by many experts as yet another blackmail move by Mr Kalonzo staging a proxy war against Mr Odinga.

Mombasa is seen as an ODM stronghold with its candidate Abdulswamad Nassir seen to be a leading candidate according to latest opinion polls. Kalonzo is banking on the Kamba votes in Mombasa together with the Mijikenda’s Kisauni MP Ali Mbogo votes to spoil the broth for ODM and Raila.

In March, the US government sanctioned Mike Sonko banning him from visiting the U.S. together with his family due to his involvement in what they term as ‘significant corruption’.

According to Ned Price, the department’s spokesperson, the US has impeccable information that while in office, Governor Sonko solicited bribes and kickbacks in exchange for awarding government contracts to his associates.  “His actions undermined the rule of law and the public’s faith in Kenya’s democratic institutions and public processes.” The statement says.

He is alleged to have embezzled more than 300 million shillings partly through the irregular awarding of contracts to friends’ companies that are said to have wired money to his personal accounts after receiving their payments from Nairobi county.

He was also recently accused of recruiting and arming a militia, procuring military clothing associated with terrorist groups and financing terrorist activities.

Being a tourist destination for many international guests, many are asking us this the profile for a governor they want for their city? One who’s sanctioned and limited to travels abroad to bring in investors and other investments?

Why is Kalonzo using Mombasa as a dumping site for rejected leaders as Sonko? It can only mean one thing he thinks and wishes for Mombasa. Why didn’t Kalonzo front Sonko in any of the counties in Ukambani? The answer is open.

Sonko as I started, is a sober cartridge, his glory days are gone, the once unruly Sonko is no more, he’s been turned into a puppet of Kalonzo, turn left, Sonko turns left.

Kenya Insights allows guest blogging, if you want to be published on Kenya’s most authoritative and accurate blog, have an expose, news TIPS, story angles, human interest stories, drop us an email on [email protected] or via Telegram
Related Topics:Abdulswamad NassirKalonzo MusyokaMike Sonkomombasa governorRaila Odinga
Up Next