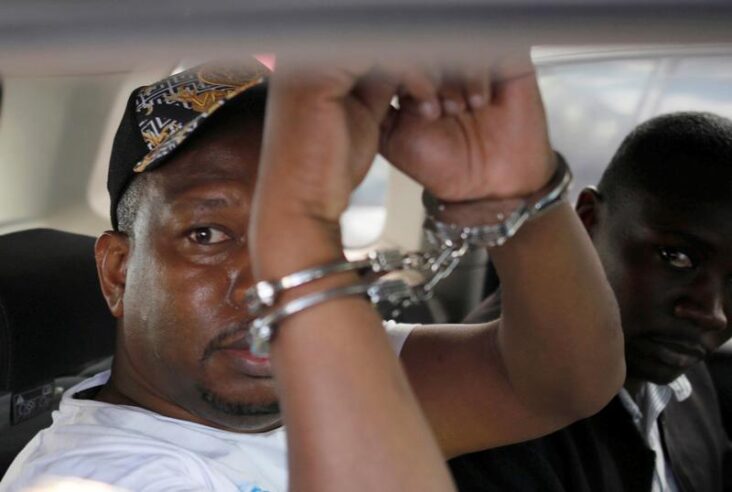 Former Nairobi governor Mike Mbuvi Sonko is in the race to become the next governor of Mombasa County after he was handed a direct ticket by Wiper Democratic Movement.

Sonko had initially hinted at reclaiming his Nairobi seat which he lost through impeachment on December 3 2020 before he recently shifted his political base to Mombasa.

He will face off with ODM’s Abdulswamad Shariff Nassir and UDA’s Hassan Omar to take over from governor Hassan Joho whose term expires in August.

But the embattled Sonko is swimming in controversies and facing many corruption cases in court. In early March 2022, US authorities banned him and his immediate family members from travelling to the US over corruption scandals related to bribery and abuse of office.

Is that the man who is good for Mombasa, port city which is also a tourism destination and foreign exchanger earner for Kenya?

Already two people have filed a petition seeking to bar Sonko from being cleared by Independent and Electoral and Boundary Commission (IEBC) to contest for the Mombasa top seat.

Sonko whose choice to contest the Mombasa seat reignites the debate on exclusive upcountry vote also boasts that he had many options to reclaim the Nairobi seat before settling for Mombasa.

Deputy President Dr. William RUTO had approached him to run for the Nairobi top seat on an UDA ticket but he opted for the Wiper ticket in Mombasa due to his close ties, and respect for the party leader Kalonzo Musyoka.

Sonko said that Kalonzo told him to go for the Mombasa seat because Nairobi has many interests and Azimio bosses had already drawn their plan for the capital. 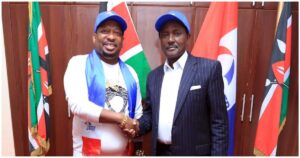 But Sonko’s entry into Mombasa race has opened a new war front with governor Joho. His quest has rattled the governor’s camp and forced them back to the drawing board to scheme for a counter strategy.

Joho who doubles as ODM deputy party leader fears that Sonko’s unexpected move is likely to affect not only the governor position, but all other elective seats which have been under the grip of ODM since 2013.

Sonko and Wiper are complicating Joho’s succession plan which was headed for smooth sailing after Mombasa businessman Suleiman Shahbal was instructed by ODM leader Raila Odinga to step aside in favour of Mvita MP Abdulswamad Nassir.

The outgoing Mombasa governor has been dismissive of the other governor contenders including UDA’s Hassan Omar whom he said could not garner more that 5,000 votes but not Sonko.

Sonko is different, he enjoys grassroots support among common voters across the board which has potential to change the narrative ahead of August polls but the focus should remain on his tainted image.

Is he fit to be the next governor of Mombasa, the second largest city and economic in Kenya?

The controversial politician is a self confessed convict who escaped jail. In fact ODM leaders have criticized Wiper party and Kalonzo for going against anticorruption norms to clear Sonko to contest for Mombasa governor despite having been impeached and facing a series of criminal cases in court.

Kenya Insights can authoritatively report that Joho is also reaching out to “deep state” operatives to tame the former Nairobi governor by bringing up his criminal cases to keep him busy in the courts.

Everything possible should done to protect the people of Mombasa from electing popular politicians who have no understanding of their job descriptions and capacity to carry out their mandate. Sonko is not the man.

Kenya Insights allows guest blogging, if you want to be published on Kenya’s most authoritative and accurate blog, have an expose, news TIPS, story angles, human interest stories, drop us an email on [email protected] or via Telegram
Related Topics:2022 politicsMike SonkoMombasa County
Up Next