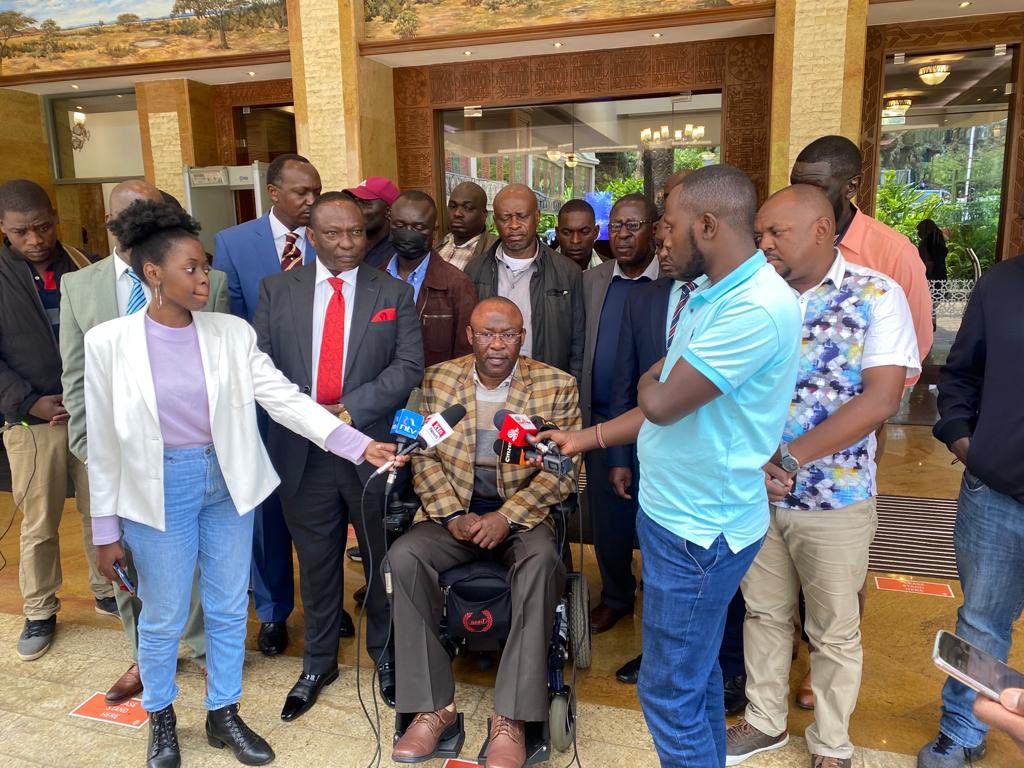 Even as the Azimio coalition Presidential flag bearer Raila Odinga unveiled the Azimio line-up for the August elections, a dejected Wanyonyi was seen leaving the venue accompanied by his supporters, without uttering a word.

Earlier on, it had been reported that Wanyonyi was to deputize Igathe after a deal brokered by President Uhuru Kenyatta at Statehouse Thursday evening.

In a quick rejoinder during an address to journalists, Wanyonyi said he would respect the party’s decision on who to get the ticket, but said he will not agree to deputize Igathe.

He later joined the other team which was in Kenyatta International Convention Centre (KICC) where the consultations were taking place even as earlier reports indicated that he declined to join the meeting.

Odinga however announced that Wanyonyi had agreed to shelve his ambitions, and will be seeking to be re-elected as the Westlands Member of Parliament.

“There were other contestants in this seat who have decided to step down. Tim Wanyonyi will now go back to defend his seat in Westlands Constituency,” he stated.

Odinga who was flanked by Wiper Leader Kalonzo Musyoka announced that Polycarp Igathe will fly the Governor’s flag in the elections and will be deputized by Philip Kaloki.

The meeting took hours with small groups assembling in different corners in consultations.

Odinga also revealed that the slot for the Nairobi County Assembly Speaker has been reserved for the Orange Democratic Movement.

Businesswoman Agnes Kagure who left before the announcement said she will be vying as an independent candidate.