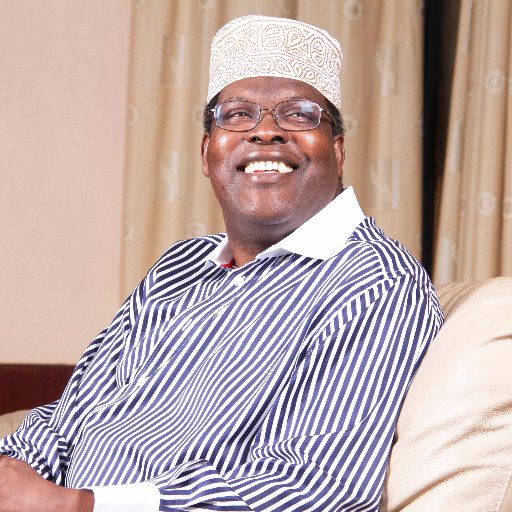 The problem with Kenya is not her patriotic people. Kenya’s most intractable affliction is caused by a tiny but viciously malicious and highly deceptive group of charlatans who use acres of space in the cartel-owned newspapers to parrot their unrefined and tainted “commentaries” week after week on irrelevant pursuits in order to mislead the people and keep them captive to the merchants of impunity.

On The Standard On Sunday, December 11, 2016, Makau Mutua published an incoherent verbiage titled, “Miguna Miguna’s personal demons come out to haunt him” in which he hurled profanities at me for daring to deconstruct my putative political opponents on live TV debates to which they had voluntarily participated – not as women or men – but as “aspirants for public office.”

I would have ignored Makau’s regular ad hominem invectives against me like I’ve done to multiple other envious charlatans. However, Makau is a notorious intellectual quack that deserves some deconstruction.

First, Makau’s quackery gets wide dissemination through a network of imbedded servile cartel media surrogates. Second, he has perfected the art of hypocrisy and in a society thoroughly suffocated of truth and constantly fed cocktails of manufactured and fake “news,” ignoring the degenerate concoctions might inadvertently result in a few people believing the falsehoods.

Makau pretends to be an erudite scholar and a “human rights activist,” however, his dubious record and longevity at the Kenya Human Rights Commission (KHRC) only rivals that of Gaius Julius Caesar of Rome. Makau is best known as the KHRC Tyrant Chairman into perpetuity who practises nepotism and dips his hands in the “humanitarian” tills to feather his pockets. Ironclad evidence of his moral decay is legion.

In 2002, Makau served briefly as one of Mwai Kibaki’s chief sycophants in pursuit of a coveted position as Chair of the ill-fated “Truth and Reconciliation” process. Like the usual fraud, Makau metamorphosed into a Kibaki critic as soon as the latter noticed his political debauchery and declined to appoint him to any position in his administration.

Between 2007 and 2008, Makau magically transformed himself into a Kalonzo Musyoka puppeteer. In successive fawning articles, he praised Kalonzo, his tribesman, as the “best presidential candidate for Kenya” and called Raila Odinga “unelectable.”

Ironically, he wasn’t doing this genuinely for a fellow kinsman; Makau was being a typical dissembler: he was opportunistically pretending to be a Kalonzo loyalist with the hope of an appointment in case Kalonzo became president.

Typical of such a political chameleon, Makau quickly became a Raila sycophant as soon as Mr. Odinga was named Prime Minister in 2008. But Makau correctly suspected that his degenerate hypocrisy wouldn’t have taken him far as long as I was Raila’s senior adviser. He had to fight me to become relevant. He conveniently overlooked the fact that he had called Mr. Odinga “Idi Amin” in his column of 5/6/2007.

The mediocre and sanctimonious chatterers like Makau obsessively focus on discussing people in order to divert the attention of Kenyans from debating concrete national issues such as the run-away plunder and theft of public resources by organised cartels comprising public/state officials and crafty “business people;” drug trafficking; poor and dilapidated infrastructure; and extremely high and unsustainable unemployment, especially among the youth.

A few days after the Auditor General released the 2014/15 audit reports showing that elected officials like the Nairobi Governor Evans Kidero have been involved in unprecedented looting of more than $20 billion of public funds, one would have expected robust opinions from self-declared “scholars” like Makau Mutua on such a horrible crime against ordinary Kenyans.

Predictably, however, not a whiff about the massive theft of public resources and the extra-judicial killings has found themselves in the retrograde professor’s Tweets and empty articles.

Instead, the short bald man with an unprecedented low self-esteem – a self-declared “distinguished professor” – (although the only ‘distinguished’ thing discernible from his mediocre opinions is the repeated use of American colloquialism) has an unmanly fetish on me.

Mutua correctly states that I’m “a very tall dark-skinned black man” – and very proud of it. He juxtaposes my hefty genuine African physique and organic intellect with his “very light-skin,” empty bald head and short constitution – and typical of “Oreo Cookies” – Makau frets about my physical appearance as some women do over their co-wives.

He has taken to defaming me on Twitter, Facebook and his column and demanding that I be banned from running for the position of Governor for Nairobi. He is envious of my integrity, vision and courage – character traits he would like to have but which he blames me for not having.

Why would a “distinguished professor” and a failed Chief Justice applicant spend so much time and use so many words to pillory “an unelectable fragile person?”

Makau knows that malicious propaganda is not a substitute for the truth, solid facts and chilled logic. His discredited crystal balls hold the gold medal for malfunctions.

Once upon a time Makau repeatedly predicted and swore in empty verbiage that Uhuru Kenyatta would never become president of Kenya. He predicted that both Uhuru Kenyatta and William Ruto would be convicted and jailed at The Hague.

History has recorded that it was quacks like Makau who used their inferiority complex and morbid obsession with me to convince Mr. Odinga in 2011 to ignore my prescient warnings about the IEBC’s irredeemable incompetence and malleability. Makau published sycophantic articles stating that even the chicken in remote villages knew that Mr. Odinga was going to be president.

With such legendary predictions, I’m happy with Makau’s assertion that I’m unelectable!

Make no mistake: I pose the greatest challenge to the cartels and their surrogates. The charlatans know that, hence their desperate panic.

Miguna: The Elections Will Not Be A Selection Process Of Picking The Best Clown, Machiavellian Opportunist Or Karl Marx’s Clone (A Rebuttal)

It’s Our Time To Eat: Kenyan Clergy, The Devil We Know As Church Turns Into Money Laundering