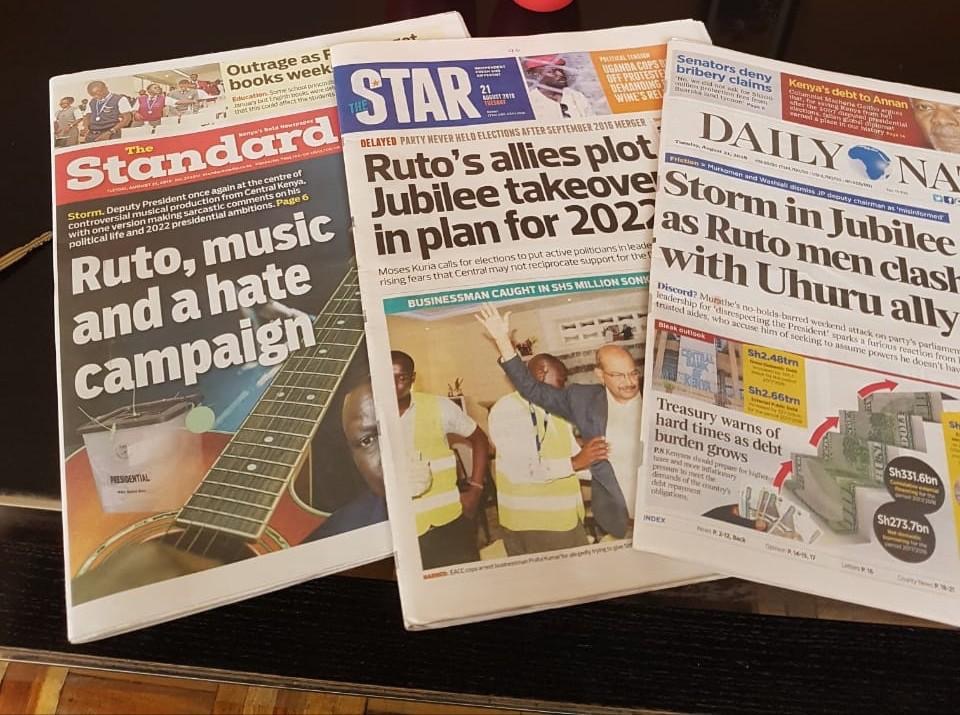 Every time folks start talking about Samoei around me I never contribute because I rarely think of him within the future political context and here’s why. You see around 2015, Euro-American elite sponsored an Africa-wide water research project. The project unearthed about 286 acquifers with 83 of them falling on international borders between countries. The total size of the acquifers is 660k-4M Sq kilometres. For perspectives the whole of Kenya is a mere 582k sq kilometres.

Of course the Sahel came top with Libya and Morocco having the largest acquifers. Kenya has the Lotikipi, Merti and the Turkana acquifers. The Turkana acquifer alone has 250 billion cubic metres of water; that’s enough to supply the entire country’s water needs for 70 years. The Lotikipi one has 10 billion cubic meters while the Merti has four times that.

Now these Euro-American people armed with that info have come back and bought ranches around these acquifers for a song considering the overlaying land is mostly dry and rural. Why is this important? By 2050 black people will be the largest race in the world at 2.5 billion people. Where will they live? What will they eat? Where will they get water from?

Kenyan population grows by about a million a year, meaning in another 30 years we’ll have a population of about 81+ million people. We haven’t even began thinking about the cities of the future. Instead of mainstreaming urban anthropology we’re busy touting MBAs. Which cities will be the largest in the future? Have we started laying the water/energy/security/road infrastructures in those locations? Ama we’ll simply end up reproducing other Nairobis out there with 4M residents 2.5M of whom occupy the 284 slums in an area that’s less than 500sq/kms?

Thirty years looks like a long time ahead but you are in your twenties/thirties yet don’t feel that old yet, do you? You now see why Samoei is simply a footnote in a very complex storyline? There’s nothing witty, intelligent, or coarse about him and 2022 that you can say that hasn’t been said yet. It’s a waste of public discourse and good thinking. While you are busy packing such blinding hate for fleeting personalities, the Euro-Americans are back here buying land rights at all the potential strategic locations for future Kenyan cities where water is available.

How did we become such short-termist, easily impressionable humans? Why are we so allergic to ideating, long term strategizing and futurism? People are making 70 year plans for our land and water while we play 5 year games. If we don’t stop being enchanted on a week by week basis and, think long and hard, we can as well predict our grandkid’s timelines will read every bit like ours.

Kenya Insights allows guest blogging, if you want to be published on Kenya’s most authoritative and accurate blog, have an expose, news TIPS, story angles, human interest stories, drop us an email on ti[email protected] or via Telegram
Related Topics:
Up Next

In Bobi Wine, Museveni Messed With The Wrong Person As Africa Gangs Up With Kenyans Taking Lead On Twitter For His Freedom