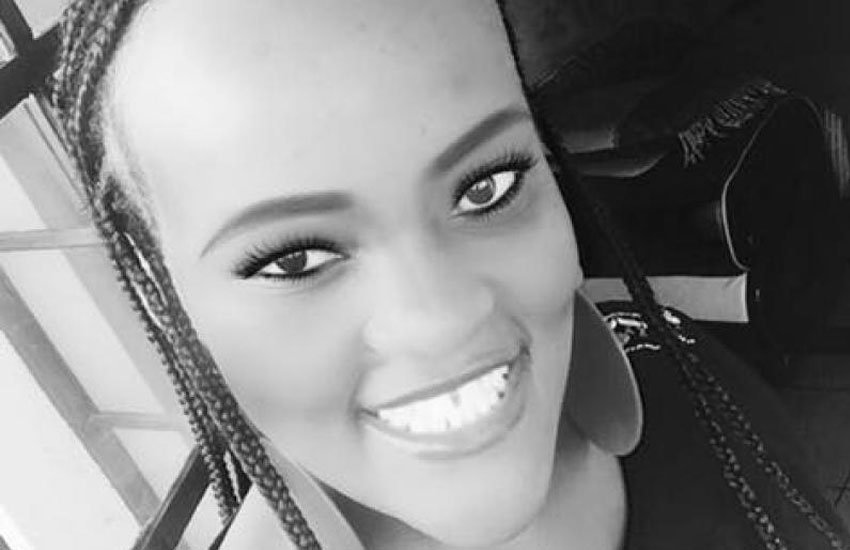 Kenya’s most renown Politician and late billionaire Njenga Karume’s granddaughter Michelle Karume has died in a US-based medical facility after spending a few of her last days on earth begging for financial help.

The 26 years old Michelle Karume succumbed to cancer in the US last Saturday days after penning a painful plea for funds from home to treat her cancer. From her pleas for help, Michelle’s last days were spent in agonizing pain after lacking basic medicines such as painkillers.

This, as a fierce inheritance battle for her grandfather’s immense wealth, rages on back here in Kenya. Michelle stunned the court in a past session when she interrupted lawyers and cried to the presiding judge that she was dying of cancer and could not afford medication. The Judge directed the trustees of Karume’s estate to provide the required funds to meet her medical expenses.

Michelle was among the grandchildren that Karume had put in his Will as beneficiaries of his vast estate that was estimated at Sh17.8b last year. Prior estimates had placed his wealth by the time of his death at more than Sh100b. As the inheritance matter drags on in court, Michelle’s emotional letter that was also shared with the family’s lawyers, painted a picture of destitute last days.

In an uncanny reference to her death, Michelle wrote that her time was running out.

“I kindly would like to know the way forward because it is such a terribly long time since I was on treatment, it is going to a year now,” she wrote.

According to the late Michelle, she did not understand why there was no money to help her get treatment and accusing the family of neglecting her after her grandfather’s death.

Her grandfather’s vast wealth did not help her when she needed it most, and only brought her pain and more pain.

“The clock is ticking while every day I sit by my phone to hear some good news on funds, but three months later I am waiting here; still waiting for my phone to ring, but in return, I get less communication to a point nobody can pick up my calls,” she wrote.

From the distressing messages that the deceased send and shared before her last breathe indicate that her financial distress fuelled by her need for medical attention had been ongoing for at least three years.

According to Michele’s messages, she has not been receiving funds from as far back as 2016 something she shad claimed that saw her miss out on a clinical trial which could have diagnosed and treated cancer before it progressed further.

It was not until last December when Michelle travelled to the US on the belief that the funds would be unlocked. She was enrolled for the clinical trials in January, but the anticipated money did not come, prompting her to drop out. She then expressed her wish to come back home.

“Living here has been very tough, my son has no routine in lifestyle as he doesn’t go to school, but I wish to enroll him in daycare that also requires money,” Michelle wrote.

She said the hospital called every day to inquire if she was still interested in the clinical trial and that she kept pleading for more time to find the money.

Kenya Insights allows guest blogging, if you want to be published on Kenya’s most authoritative and accurate blog, have an expose, news TIPS, story angles, human interest stories, drop us an email on [email protected] or via Telegram
Related Content:  Kiambu Census Enumerators Accuse The Government Of Forging Schemes Not To Pay Them
Related Topics:BillionaireCancerMichelle KarumeNjenga KarumeUSA
Up Next

Governor Sonko: I Will Step Aside