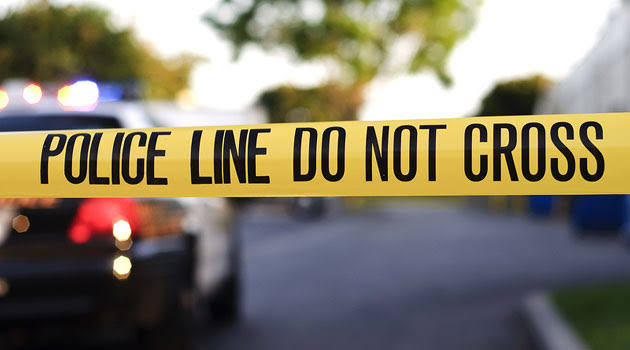 A Police line tape at the Crime Scene Photo|Twitter

Another case of killing for anger has striked Maralal area.

A senior police officer was on Saturday night shot dead by his junior at their camp in Maralal.

The two are said to have disagreed over the a foreign financial relationship.

Contrary to the story on the ground, Samburu County police commander Karanja Muiruri said the motive of the killing was still unknown.

He later sprayed Couple of bullets on his boss killing him instantly.

Commander Muiruri said that the suspect was arrested and disarmed after the awful act.

He emphasized that the suspect will be Charged immediately the Police complete their investigation.
Also read:Man Kills Cheating Wife and Lover
Anonymous Police officer based at the station however said that the suspect got angered when he was forcefully transferred from a construction site that he had been manning.

The body of the late Police boss was taken to Samburu County Referral Hospital Mortuary.

Kenya Insights allows guest blogging, if you want to be published on Kenya’s most authoritative and accurate blog, have an expose, news TIPS, story angles, human interest stories, drop us an email on [email protected] or via Telegram
Related Content:  China's First Robot Police Officer
Related Topics:MaralalPoliceShooting
Up Next