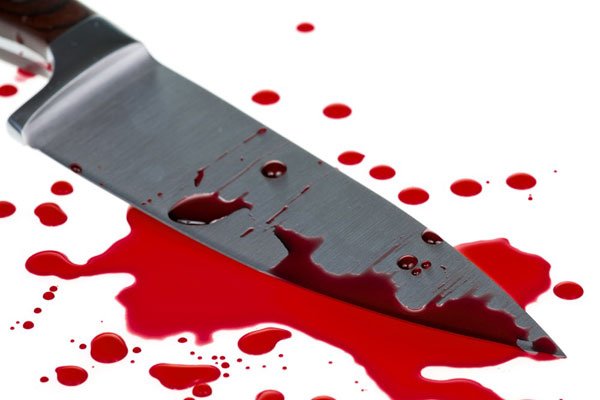 A Knife In Strains of blood Photo|Twitter

Kenyans have turned to beasts and taking the law of life in their own hands.

Every family feud nowadays has been recorded with casualties. The appetite to kill from frustrations has reached the peak.

On Earth night, A man killed his wife and her lover. It’s alleged that the man bursted the two having an affair in Namanga.

The man who says was from unnamed job, walked in on his cheating wife and her lover at 2 Am at his Maili Tisa home.

He stabbed the man couple of times killing him instantly then turned to his wife and strangled her to death.

The suspect, who police identified as Gitonga, and his late wife had three children; two girls and a boy.

The Police say Gitonga turned himself in and is currently being held at Namanga Police Station as investigations continue.

The Police have since booked the bodies of the deceased at Kajiado County Referral Hospital morgue.

Kenya Insights allows guest blogging, if you want to be published on Kenya’s most authoritative and accurate blog, have an expose, news TIPS, story angles, human interest stories, drop us an email on [email protected] or via Telegram
Related Content:  High Court Blocks Prosecution From Playing Video In Lawyer Willie Kimani Murder Case
Related Topics:MurderNamangaPolice
Up Next