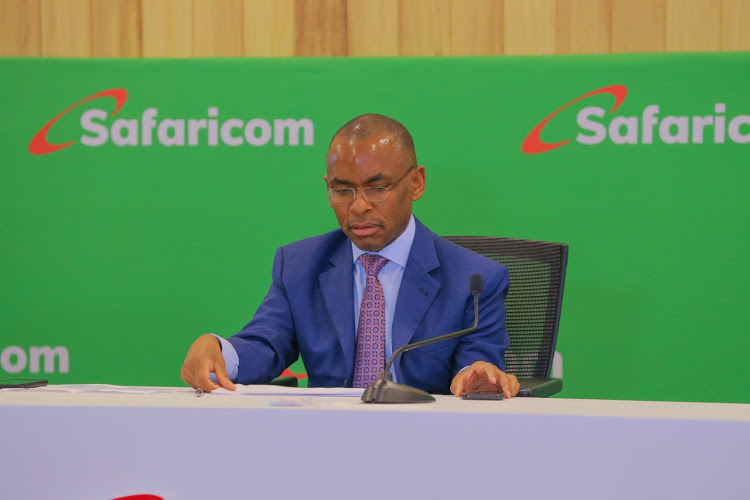 MPs are set to commence debate on a Bill that seeks to compel Safaricom , Airtel and Telkom Kenya to split their telecommunications business from the mobile money transfer and lending units.

Safaricom, which dominates in the various business lines, faces the biggest threat from the new effort to break up telcos.

The Bill seeks to address concerns that Safaricom has become too big through its dominant market share in voice, mobile data and mobile money.

Currently, Safaricom controls about 65 percent market share in voice while its mobile money business has virtually no challenger.

The push to force Safaricom to be split has previously failed.

The Kenya Information and Communications (Amendment) Bill sponsored by Gem MP Elisha Odhiambo is among 50 that have been given priority for debate and approval in the current session of the National Assembly.

The Bill has been distributed to MPs ahead of formal introduction on the floor of the House once the House Business Committee slots it in the Order Paper.

If approved, telecommunication firms with existing businesses will within six months of the law coming into force ensure that the business is compliant.

The mobile phone companies will be required to form separate entities to manage any other business they engage in outside telecommunications services.

The telecommunications firms will then be licensed to only offer voice, data and SMS services while mobile money services will be licensed as banks.

In developed markets, anti-trust enforcement has gone further to require a conglomerate to sell some of its divisions or subsidiaries.

The Bill seeks to amend Section 25 of the Kenya Information and Communications Act to require any person operating a telecommunications service to “obtain the relevant licences from the respective regulators of any industry or sector ventured into.”

The proposed law will also compel telecommunications firms’ owners to provide separate accounts and reports in respect of all businesses carried out.

Those who will provide any service without the relevant licence will be liable on conviction to a fine not exceeding Sh10 million or an imprisonment term not exceeding two years or to both.

Past attempts by MPs to push Safaricom to split its telecommunications services business from its mobile money transfer platform, M-Pesa have failed.

M-Pesa currently accounts for 34 percent of Safaricom’s sales, up from 24 percent in 2016.

Revenues from the mobile money payment doubled over the period from Sh41.5 billion in 2016 to Sh84.4 billion last year.

The committee on Information, Communication and Technology (ICT) chaired by Marakwet West MP William Kisang in 2018 opened an inquiry into telcos’ mobile money, service charges and alleged dominance by some players but its report has not seen the light of day.

The inquiry also looked into mobile airtime and data rates, including airtime loans and services. Further, the committee set to establish legislative and regulatory gaps affecting competition in the sector and recommend measures to address shortcomings that lead to anti-competitive behaviour or restrictive growth within the sector.

The inquiry looked at the market share of telecommunications service providers, broadband services and rates as well as call and short message service termination fees.

Mr Odhiambo, who sat on the ICT committee during the inquiry, said the Bill further seeks to control anti-competitive practices by the large industries in the sector.

The Bill proposes compensation for call drops by holding a licensee liable.