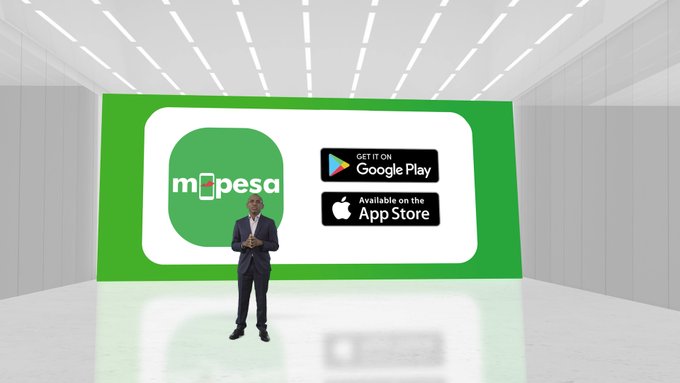 While perusing through my twitter timeline, I came across a tweet  that juggled up my mind to think critically, deeply and analytically into the new Mpesa ‘supa’ app that safaricom launched and the motive behind the launch, the risk assesment as the consumer of their service and  in the long run you’ll agree with me that the #TheFutureofMoney they’re aiming at, is obscure for the consumer, the economy at large and it’s all about ‘them’ and not ‘us’.

One of the my many other conclusive thoughts after my analysis and research is that It’s time Mpesa and Safaricom depart ways to become to independent entities – companies and with different management.

For years since entry of the telco safaricom into the Kenyan market, it has through its management strategically thrived through and now have monopolised and dominated the market through tremendous innovations which has been massive and thumbs up for their innovations. But marinated with abuse – and to control the monopoly which’s against the laws and regulation of the Communication Authority (CA), CBK- this led to introduction of Mobile money Interoperability promotion which was stamped by CBK in April 2018. Mobile money Interoperability was aimed to promote inclusion.

First, Mobile money Interoperability is the interaction between mobile money providers for a range of products, primarily money transfer which includes depositing and withdrawing cash either domestically or across geographic regions. And a good simple example is ATMs where a customer can withdraw cash from any VISA branded ATM if one holds a VISA branded card or MasterCard for MasterCard branded cards.

It’s this interoperability that has made mobile money transfer possible across 3 major telecom providers in Kenya possible, that now one can send money via Safaricom’s mpesa to Airtel money to Telkom Kenya’s T-kash.

The Central Bank of Kenya (CBK) laid out principles for interoperability, which included cost levels, efficiency, and security.

Costs:  price for transfer of money across networks would not be higher than those of transferring money within the network, and no interchange fees will be applied. Of which has been breached and isn’t the current status as the cost is higher when carrying out transactions to another network.

Security: the mobile money operators were tasked to ensure that the interfaces between them were as secure as possible to avoid any losses for both customers and the networks.

Safaricom is licensed under National Payment Systems (NPS) whose regulations state that the Mobile Network Operators (MNOs) should use payment systems that are capable of being interoperable with other payment systems. A regulation which Safaricom has luckily conserved, hence the Mpesa business app, new Supa Mpesa app launched recently.

Since the introduction and adaptation of the interoperability system in Kenya, the value addition to the consumers, Kenya’s economy has been great and in equal measure has plunged the economy into massive loss due to failure of market dominance regulation that has favored Safaricom in that it is either Safaricom or Safaricom and when their system fails and stalls for hours and of which has become frequent – you go down into losses with them together.

It’s shouldn’t be a choice for Mpesa and Safaricom network provider to be split into two different companies operated differently, it should happen. And so is Airtel money from Airtel, T-kash from Telkom and Equitel from Equity Bank. This will level the playing field for the game.

The best interoperable payments platform would be one that includes all players- Banks and Mobile Money Operators (MMOs), this will level the field for all.

Tanzania is set to launch this merger (TIPS) in July with same aim and its being done through the Central Bank.

Tanzania Instant Payments System(TIPS) is a national interoperable payments system being developed by the Bank of Tanzania to facilitate real-time payments across all financial service providers in the country thereby enhancing financial inclusion by promoting the use of electronic payments and transactions.

Tanzanians will be able to send money instantly to people in their mobile contact list without having to go through the need to search for their phone numbers.

TIPS will operate in such a way that all digital payment systems, including mobile money operators (Airtel Money, Tigo, M-Pesa, HaloPesa, Ezy Pesa and T-Pesa) will be under a single platform so much so that anyone wishing to send money will only require to have the name of the person in his/her contact list before sending.

Orange and MTN have an interoperable mobile wallet called Mowali. Unfortunately this was never launched here in Kenya when Telkom was under Orange. In favor of Safaricom, CA didn’t green light Mowali despite their bid.

But in this world which’s a vicious circle, today Safaricom is trying its luck to enter into Ethiopia’s market with the dominance mentality of which Ethiopia’s Prime Minister at first halted their bid in favor of local network providers. If they succeed in their bid, they might not survive for so long if they continue playing the Kenyan cards.

Communication Authority (CA) who is the regulator has been laying low on Safaricom’s dominance abuse in Kenya and has failed to take action according Monopoly and Dominance regulation which many times and again the teleco provider has exploited.

In 2015 when new laws to regulate the competitive market were put in place, the guilty victim Safaricom’s then CEO Late Bob Collymore argued that the laws were meant to punish success and ever since, seems these laws got CA officials maybe into the telco provider’s payroll to remain maim.

The regulations proposed that the authority would have the power to declare any entity that holds more than 50% of the market dominant. Of which Safaricom then owned 67.3% and 70% currently.

Consumers ought to be the beneficiaries in as guaranteed under Article 46 of the Constitution, which states that:

“Consumers have the right:

a) to goods and services of reasonable quality

b) To the protection of their health, safety and economic interests.”

So, the solution is simple. Let’s have KIPS (Kenya Instant Payment System). All payments transactions cleared and settled by the Central Bank of Kenya on one platform to tame Safaricom’s dominance, to increase efficiency to protect consumers right to reasonable quality and protection of consumers safety and economic interest of which is to uproot poverty.

A language that irritates  Safaricom Plc. It doesn’t want to listen to financial inclusion, equal economic growth for all.

#TheFutureofMoney in Kenya with financial inclusion, equal economic growth is only through KIPS, leveled playing field and worthy men of Integrity in CA.

Consistent system failures of Safaricom plunges the economy into losses and poverty.

There’s no need for double tragedies of both network failure and money transfer failure at ago as it’s been experienced on several occasions in the country when the solution is a wide open visible light at the end of the tunnel.

Kenya Insights allows guest blogging, if you want to be published on Kenya’s most authoritative and accurate blog, have an expose, news TIPS, story angles, human interest stories, drop us an email on [email protected] or via Telegram
Related Topics:Peter NdegwaSafaricom
Up Next