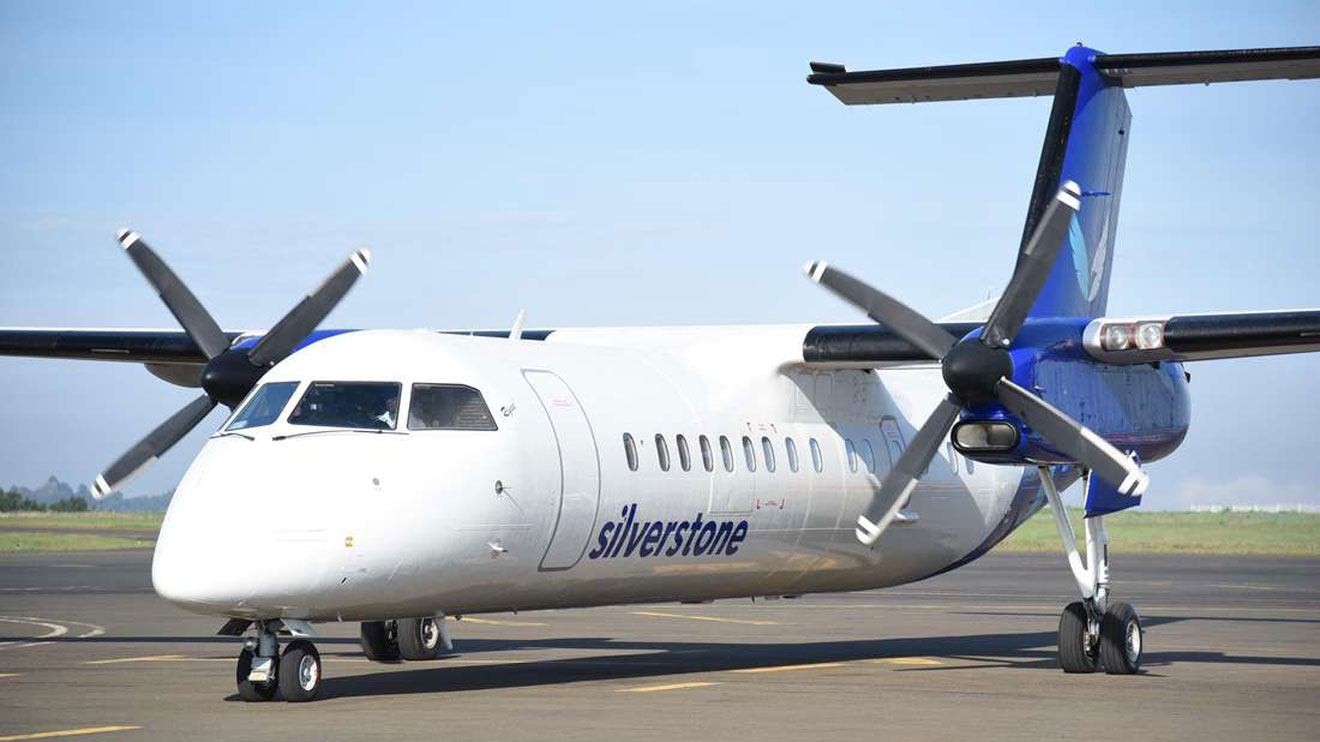 The Silverstone Air Services is planning to come back as JetLite Air Limited.

The once popular airline Silverstone is plotting for a comeback under new name. The airline has already informed the Kenya Civil Aviation Authority(KCAA) over their intention to rebrand to Jetlite Air Limited in a strategic direction to steer clear from the negative publicity the airline received in the heights to its suspension by the regulator in 2019.

While making the bed for a comeback, Silverstone in a PR interview said that they’ve met most of their debt obligations. The firm says that they’ve paid off 85% of their debts including tickets repayment and money owed to suppliers.

Even though it was faulty old planes, security threats that led to the halt of the wheels, Silverstone in the interview attribute their fall to competitors in the market who were jealous of their success.

Trouble for Silverstone started in 2019 when it experienced a series of minor accidents, forcing it to suspend scheduled passenger services. In October 2019, one of its DHC-8-300s skidded off the runway at Nairobi Wilson, injuring two of the 50 passengers on board. In November the same year, another one of its Dash-8-300s made an emergency landing at Eldoret after one of its wheels came off.

In September 2020, a Silverstone air cargo flight was reported to have crash-landed at Mogadishu airport.

Silverstone Air Services started as a charter and contract air operator using a Cessna (single turboprop) CE208 to serve northern Kenya and South Sudan, primarily on behalf of NGOs. In 2017, the company rebranded as Silverstone Air, deploying two 50-seater Fokker 50s to serve Kisumu and Ukunda in October that year. The airline then expanded to the coastal destinations of Malindi and Lamu, adding two DHC-8-Q100s.

According to the ch-aviation fleets advancedmodule, Silverstone Air continues to have eleven aircraft, including one CRJ100ER(F)leased from Avmax Aircraft Leasing; seven F50s, of which three are wet-leased to Maandeeq Air; and three F50(F)s.

While Silverstone hopes with rebranding the PR nightmares of negative publicity will go away, some moves could work against them and delay their return.

Catherine Wanjiru proprietor of Saffara Travel Ltd has written to KCAA seeking compensation before the company changes its name in what could legally lock out those that are still owed. Catherine in a tweet addressed to the regulator claims that Silverstone was lying about having paid back their debts.

“Silverstone Air owes my company Kshs. 147,124. Maurine Bittah says in the article that they have paid their debts. They have not. They must pay their debts before name change is considered.” She demanded as a condition for KCAA in considering the name change and possible repercussions to those still owed by the company.

While making her claim clear, she posted a screenshot of an email from Silverstone dated February 18th 2020 when the firm promised to pay ticket reservations money that had been sent.

@CAA_Kenya, Cpt Kibe, Silverstone Air owes my company Kshs. 147,124. Maurine Bittah says in the article that they have paid their debts. They have not. They must pay their debts before name change is considered @OliverMathenge @ItsAmadala, @TheStarKenya https://t.co/XMDA29jVpJ pic.twitter.com/slkuEPRNpF

This is a confirmation that Silverstone Air is still and h. been committed to fully refund you for the un-utilized tickets. We kindly request that you bear with us as we work through the bulk of requests that our team is and h. been handling.

You request has been regarded as VERY urgent and with HIGH importance. We take your sentiments positively and with great Interest.

Once again we sincerely apologize for the delay occasioned in the refund process.

Thank you so much for your co-operation and patience.” The email reads.

This could see others owed money by the airline run to the regulator for help in recovering their money before Silverstone finally closes doors and opens newly as Jetlite.

The bigger concern is if the airline will change its aircraft or mode of operations with the rebranding and that’s for KCAA to ensure it conforms with the industry’s standards.