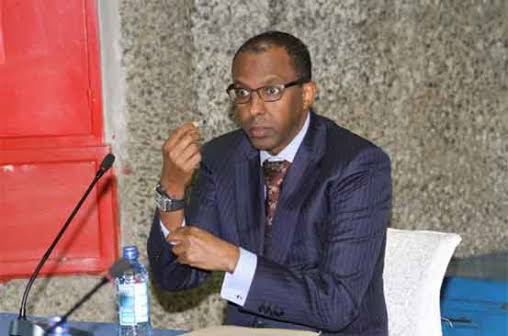 Grandmula as he’s popularly known, has made a name outside the courts over his outspoken nature. The Senior Counsel who has made a name for himself as the go to lawyer in town, doesn’t shy away to speak his mind on matters politics and judiciary.

One of the lawyers who represented Jubilee during the presidential petition by ODM that saw elections overturned by the Supreme Court, Ahmednasir has also been a jelly critic to the government lately. He was recently quoted on government’s reversal of the car-free day suggestion, “A classic jubilee government policy capitulation…little thinking, little planning, no public participation, knee-jerk reaction to a problem…then quick withdrawal after criticism.” He said.

Chief Justice David Maraga on Monday announced the transfer of five judges including Chacha Mwita, who has left the Constitutional and Human Rights Division for the Kajiado High Court, where he will be Presiding Judge.

The others who have been moved, effective March 1, are as follows:

Both Justice Mwita and Justice Okwanya had both participated in suspending Government’s controversial Cyber Crime Act, which provided for criminal punishment to anyone who posted any information thought to be a slur on social media and the main stream media.

Justice Mwita suspended implementation of 22 sections of the cybercrime law last year and when the Government moved to Justice Okwany seeking to lift the temporally orders she declined.

President Uhuru Kenyatta taunted Justice Maraga last month after he raised his irritation about bloggers who were tainting the image of the Judiciary and himself on social media.

The President told him to get used to the annoying comments as it was the judiciary which frustrated efforts to tame bloggers. 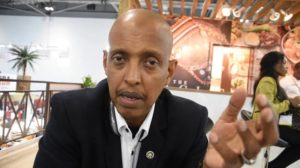 Reacting to these changes, Ahmednasir called out the CJ for succumbing to the executive’s pressure. “CJ Maraga in move seen by observers to appease the Executive dismantles the Constitutional & Human Rights Division and other divisions of the High Court and appoints judges acceptable to the Executive.” Says Ahmednasir.

He continues, “CJ has an ABSOLUTE prerogative when it comes to transfer of judges but when he fiddles with the Constitutional & Human Rights division of the High Court every 2 years, we smell a rat…and RIGHTLY suspect the CJ is giving in to pressure from the state to scuttle this COURT.”

Mohammed Hersi, a veteran hotelier and former head to the Kenyatta family-owned Heritage Hotels East Africa Group, the hotels group owns the Voyager Resort in Mombasa and Tsavo, Interpids camps in Samburu and Maasai Mara as well as the Great Rift Valley Lodge in Naivasha, responded.

While replying to Ahmednasir, Hersi was in support of the CJ’s decision, “Good move by @dkmaraga  who is independent minded. Please let him do his work. If anything we want the whole swamp drained .” He said to which the rattled lawyer responded immediately, “Jack of all trades…concentrate on good housekeeping…and clean beaches…” in a bid to silence his opinion given then he doesn’t have a legal background.

Hersi wasn’t going down without a fight and responded, “Oh yes CJ is indeed doing very good HOUSEKEEPING . I haven’t heard him ask you for help while you are record bashing him day in day out.  On the other hand good clean  beach is key to a thriving tourism destination. We bring the Forex to help you pay for your Brioni.” He fired at Ahmednasir.

With no signs of ceasefire, the lawyer brought out his arsenal, “Told you1000 times…concentrate on what you know best..housekeeping, clean rooms,nice food,friendly front office, clean swimming pool, etc. Mambo ya judiciary leave it to the experts…imagine how ridiculous I sound if I engage you on how to make a nice clean bed for your guests.” He shot!

Hersi then landed another jab, “No worries I am very happy as a hotelier.  Many Kenyans are supporting The CJ in the changes he is making and everyone is free to comment.  When CJ does not make a  change you complain , when he makes a move you are again the first to complain. Let CJ be he is serving Kenyans .”

Who in your opinion carried the day in this ‘war?’