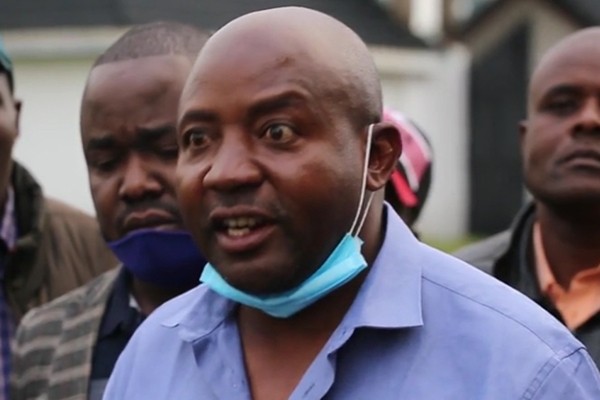 Kenya Revenue Authority (KRA) is in pursuit of Lugari MP Ayub Savula whose publication is owing the them more than Sh473 million in unpaid taxes emanating from business deals signed with various State agencies between 2013 and 2017.

The controversial lawmaker has been ordered by High Court judge David Majanja to get a bank guarantee of Sh10 million, within 45 days, as a condition to bar KRA from forfeiting assets belonging to his publication. KRA wants the court to allow them seize assets belonging to the publication which they will later auction to recover the amount they are owed.

Savula moved to court to seek an injuction barring KRA from executing a judgment of the Tax Appeals Tribunal which gave the taxman go ahead to seize his assets and recover the money. The court heard that the Lugari Mp had only paid Sh3 million and was promising to pay another Sh3 million.

“I find that the security of Sh3 million being proposed by the appellant (Savula) insufficient and too low considering the tax liability at stake. Security of Sh10 million in the form of a bank guarantee from a reputable bank would be most appropriate taking into account the circumstances of the case,” Justice Majanja ruled.

Mr Savula who claimed that his publication does not have any liquidity to furnish the security in one instalment also pleaded with the court for leniency arguing that some of his documents had been confiscated by various investigative agencies. The publication which is embroiled in many legal battles was forced to halt its operations after it became too expensive to run.

The lawmaker has been courting controversies since 2018 when he implicated in a Sh2.5 billion scandal with 18 other accomplices at the Government Advertising Agency (GAA) where they were charged and released on bail.

Some of the 18 accused persons included his two wives (Gatwiri Ringera & Hellen Kemboi) and the former Broadcasting and Telecommunication PS Sammy Itemere. Savula and the gang stole Sh122,335, 500 at GAA using dubious companies.

Kenya Insights allows guest blogging, if you want to be published on Kenya’s most authoritative and accurate blog, have an expose, news TIPS, story angles, human interest stories, drop us an email on tips.kenyainsights@gmail.com or via Telegram
Related Topics:Ayub SavulaGovernment Advertising AgencyKRAtax evasion
Up Next

Compromised PPRA Continues To Give a Deaf Ear Despite Complaints over Unfair Tender won by Jubilee Life Assurance Company.