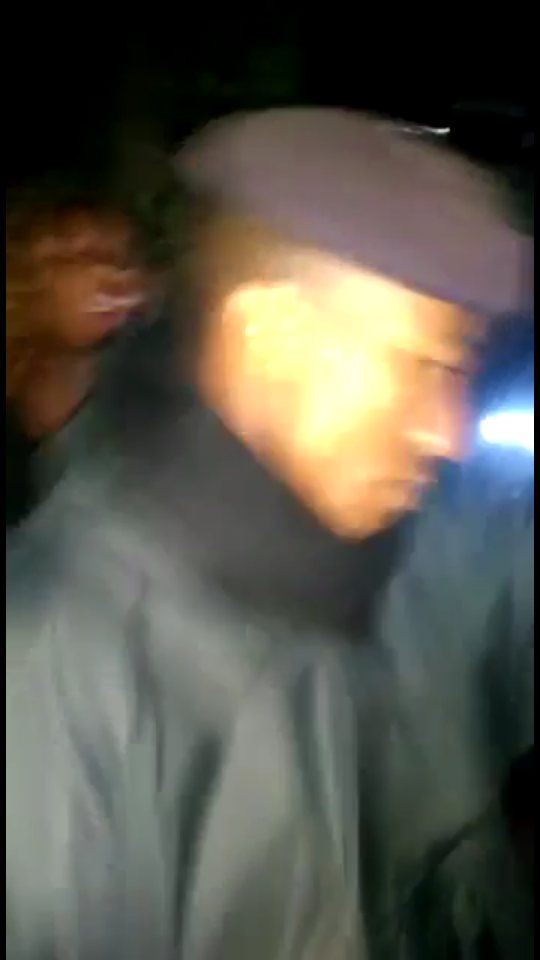 The reality of extrajudicial killings has once again kicked in with the surfacing of a viral video where a rogue police officer in uniform was caught shooting at a point blank. The video recorded by a young man who had left the KICC grounds in the wee hours after attending Nigerian artist Wiz Kid concert shows the confronted officer trying to cover his face for fear of being exposed while escaping from the scene and growing crowd of revelers who were by now charging towards him.

The confrontation persisted as they followed the officer with disgust while he was making his escape towards poorly lit Uhuru Park meters away from the KICC entrance adjacent to the City Hall where he had shot unknown girl for no reason. In the video, a young man confronted the cold officer why he shot at the girl for no apparent reason then tried to escape, the swelling crowd insisted on the police officer accompanying them to the station to record a statement.

On sensing fear and in perhaps cold nature, the rogue cop turned on George who was recording the video and threatened to shoot him dead. Seeing that his life was in danger and the cop was not playing, they retracted as the cop vanished into Uhuru Park.

On their way back, George together with his friends was arrested by a different group of officers who accused them of inciting the public against a police officer. They would then be locked in, phones confiscated and the recorded videos deleted. Luckily and unluckily for them, the videos had already been circulated and back-up in the cloud.

With this information now in the public, George and his friends are in great danger as they remain key witnesses to a rampant extrajudicial killing squad in action. They’re marked and walk with danger. It is commendable for the bravery they took in recording the video to show the ugly face and reality of such killings that normally go unreported. It is unclear the state of the girl who was shot at. The IPOA charged with handling such cases must spring into action to ensure the rogue cop is disciplined should investigations be positive. The police are supposed to maintain law and order not kill and maim. The videos need to be circulated until necessary action is taken by authorities.

Related Content:  Trump Vows To Deploy Heavily Armed Military On Protesting US Citizens
Kenya Insights allows guest blogging, if you want to be published on Kenya’s most authoritative and accurate blog, have an expose, news TIPS, story angles, human interest stories, drop us an email on tips.kenyainsights@gmail.com or via Telegram
Related Topics:
Up Next