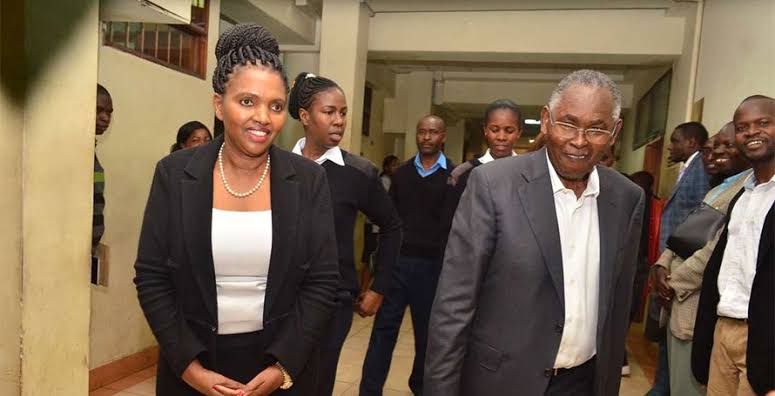 Tabitha Karanja in an interview with CNN told of how she ventured where few before her had dared, taking on a decades-long business monopoly and overcoming gender stereotypes to become a major player in Kenya’s lucrative drinks industry. Starting two decades ago, Karanja who was involved in the hardware shop business that she and her husband had operated for nearly 10 years in Naivasha, noticed a gap in Kenya’s alcoholic beverages market. Here, they thrived.

The multi-billion-shilling Keroche Breweries has however not had the best history, just recently it been all over the news over all the wrong reasons seeing the two owners spend nights in cells in a battle with the Kenyan tax man. In what Karanja calls a political war on the company, an audit by the Kenya Revenue Authority established that the company had evaded the payment of tax totaling Ksh14,451,836,375.

This is not the first instance the company is on the spot. Since inception, the company has been marred with irregularities, with dozens of cases for breaching of employees contracts and wrongful terminations, failure to pay benefits and making up null and void reasons for termination without pay i.e on account of redundancy. The liquor company has been trying to paint themselves as saints but the breaches with employees prove different.

In a court case CAUSE NO.374 OF 2017 one Paul Wachiuri Ndonga accused  Keroche Breweries Limited of unfair termination of employment without notice or hearing with the given reasons lacking validity and denying the employee payment of the terminal dues owing. This is just one case of the many where Keroche had to pay Ksh1.4 million in compensation for the same. A similar case CAUSE NO. 786 OF 2013  the brewer was ordered to pay one George Njogu Ndungu a total of Ksh920,833 after the court found that it had terminated the Claimant unfairly camouflaging it as a redundancy and without following due process. A check on Kenya Law paints a vivid picture of a troubled Keroche employer always in and out courts with problems with employees and KRA.

When the company was just a few years old, a motion brought in parliament by an MP claimed Keroche “was killing three people” in his constituency every day. After being summoned to the offices, the matter was abandoned.

The whole family has atleast once made the news over wrong reasons. For instance the “Beer Empress” Anerlisa Muigai, who is the Karanjas daughter was published in the local dailies after she was sued for Sh19.9 million. According to suit papers Anerlisa borrowed three loans totalling to Sh13 million from a Dennis Mwangeka and gave two vehicles, a Range Rover Evoque and an Audi Q7 as security. then went on to default.  After vehicle confiscation, Dennis received a phone all from the Flying squad summoning him to the police station as the vehicle being held “in lieu of the loans was stolen from the defendant’s mother, Tabitha Karanja of Keroche Industries.”

Battle With The Taxman

The Kenya Revenue Authority (KRA) has over the years been embroiled in a tug of war with the Naivasha-based brewer over tax. In a battle with KRA, the taxman had demanded Ksh1.1bn in taxes backdated nine years as as underpaid taxes. Keroche moved to court and Justice Joseph Nyamu eventually concluded KRA was abusing its powers. The revenue authority proceeded to appeal the decision by the High Court where the court had prohibited the taxman from demanding the taxes. The decade-old case pitting the Kenya Revenue Authority (KRA) and the brewer over the Ksh1.1 billion was ruled in favor of Keroche,

In another case, KRA slapped the company with a Ksh1.3 billion tax claiming Keroche ought to have been paying excise duty of Sh101.2 per litre on its Viena Ice Ready-to-Drink Vodka and sent the beer maker a backdated demand letter inclusive of penalties. Keroche disputed this calculation saying the particular drink, which it produces by diluting another brand Crescent Vodka, should be taxed at the rate of Sh26.4 per litre and sought the intervention of Industrialization Cabinet Secretary Adan Mohammed in what the management termed as a fight instigated by its competitors. KRA Commissioner General John Njiraini said this matter can be “resolved.”

Keroche has been listed on multiple occasions as not tax-compliant and at on point the taxation dispute had supposedly resulted in accrual of huge tax arrears and that the revenue agency had no option than close the operations. Keroche, KRA claimed, had been involved in under-declaration of the applicable excise duty on its potable spirit brands produced at its plant. The plant closure followed instructions issued by Pancrasius Nyaga the commissioner for domestic taxes, who wrote about the taxation dispute. “You are forthwith required to cease manufacture of excisable goods, pay excise for all goods manufactured by you, return all unused excise stamps issued to you by KRA,” Mr Nyaga had written two weeks prior to the licenses withdrawal.

2019 saw the company charged with upto 10 counts related to tax evasion committed between January 2015 and June 2019 amounting to over Ksh14.4 billion in tax. “An audit by the authority established that Keroche Breweries Ltd had evaded the payment of tax totalling to Sh14,451,836,375. Having independently reviewed the file and applying the provisions of the National Prosecution Policy, I am satisfied that there is sufficient evidence and that it is in the public interest to charge the suspects with 10 counts of tax fraud, contrary to section 97 (a) of the Tax Procedures Act, 2015,” Director of Public Prosecutions Noordin Haji said.

Kenya Insights allows guest blogging, if you want to be published on Kenya’s most authoritative and accurate blog, have an expose, news TIPS, story angles, human interest stories, drop us an email on tips.kenyainsights@gmail.com or via Telegram
Related Content:  Looting Of NHIF, The NYS Of Healthcare
Related Topics:KerocheTabitha Karanja
Up Next

Scam: Of Jimmy Gait And The Fraud That Is India’s BLK Hospital