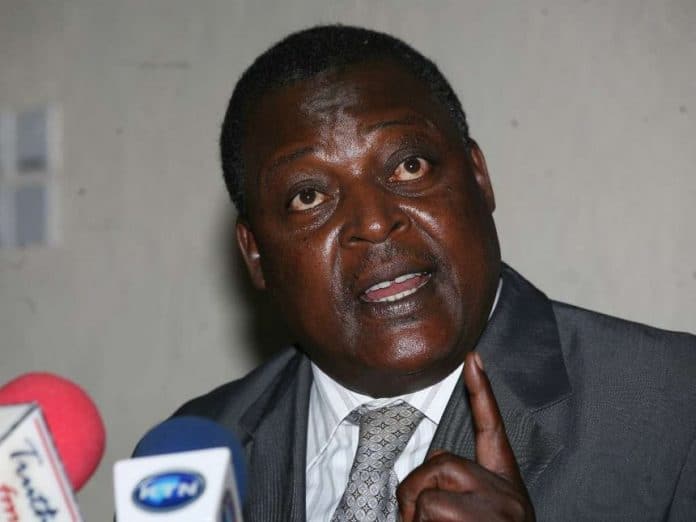 The government of South Sudan government has suffered a blow after the Court of Appeal in Kenya ordered that its bank accounts at NCBA and Stanbic be frozen in the wake of a legal battle with a company associated with the ex-Cabinet minister Cyrus Jirongo, which is demanding Sh5.4 billion for a construction work in Juba.

The three bench judge on Thursday restored freezing orders on the accounts after YU Sung Construction Company successfully appealed on an initial ruling by the High Court that allowed South Sudan government to partially operate the two accounts but reserve the disputed Sh5.4 billion.

Yu Sung was represented by lawyer Ken Kiplagat who argued that the High Court ruling was in conflict with orders in the dispute which would render the outcome of the suit null.

“The honourable Judges of the High Court have issued conflicting orders which conduct by Judges of concurrent jurisdiction points to a collapse of due process and administrative order in the Judiciary to the grave detriment of the Applicant herein who stands to suffer a miscarriage of justice,” Kiplagat said.

Jirongo’s lawyer also faulted the Attorney-General of South Sudan for failing to provide any security for the satisfaction of the consent issued against Juba at the East African Court of Justice, in favour of his client’s firm.

The freezing orders on the accounts were granted in December but have been extended from time to time by different judges until February 2021 when Justice Said Chitembwe reversed them after South Sudan complained that the freeze was hurting some government functions.

Justice Chitembwe lifted the orders after he was persuaded that the government of South Sudan could not meet some of its obligations including paying of staff salaries.

But after hearing the case, justices Daniel Musinga, Patrick Kiage and Gatembu Kairu of the appellate court ordered status quo to be maintained which means that South Sudan cannot withdraw money from the accounts until all the pending cases are heard and determined.

Kenya Insights allows guest blogging, if you want to be published on Kenya’s most authoritative and accurate blog, have an expose, news TIPS, story angles, human interest stories, drop us an email on [email protected] or via Telegram
Related Topics:Cyrus JirongoSouth SudanYU Sung Construction Company
Up Next