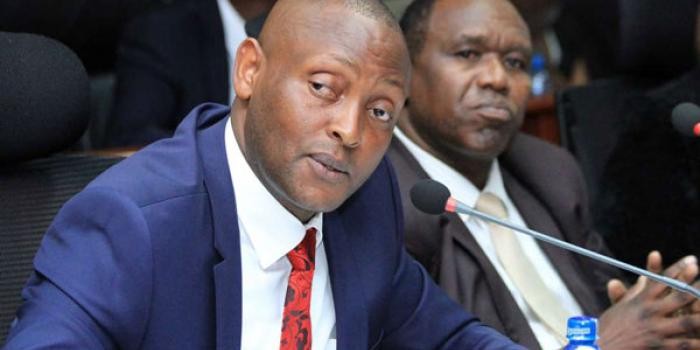 The activist moved to court seeking a declaration that the Governor’s academic credentials are fake and should be quashed.

According to him, the Bachelor of Commerce (Human Resource Management) allegedly awarded by Kenyatta University to Samboja at a congregation held at the university on 26th June 2009 is fake.

He wants the court to declare that any actions or omissions which howsoever and by whosoever have been undertaken based upon or taking into consideration, or on the basis of, or are founded on the fake certificate, or are in any way related to the impugned certificate, diploma, and degree purportedly issued by Kenyatta University to Granton Graham Samboja are invalid, null and void ab initio.

He further sought a declaration that by uttering the impugned fake certificate, diploma, and degree purportedly issued by Kenyatta University, Granton Graham Samboja violated the constitution.

Omtata argue that on 11th March 202111th March 2021, citing lack of jurisdiction because it was not sitting as an elections court, the High Court dismissed Constitutional Petition No. 382 of 2017, Ethics and Anti-Corruption Commission v Granton Graham Samboja vs Another (Respondents) and Kenyatta University.

He added that after following the above cited dismissal of the Constitutional Petition, he accessed and perused documents which parties in the matter had filed in court, and he decided to file this motion in the public interest.

“In a report forwarded on 30th May 2017 to the Chairman of the Independent Electoral and Boundaries Commission, on integrity of candidates seeking elective positions in the 2017 general elections, the EACC stated that Granton Graham Samboja had falsified a certificate, diploma certificate, degree certificate and KCSE result slip. He presented forged certificates for enrolment for a master’s program at Kenyatta University,” said the activist.

Omtata added that under Kenyan law, since only Kenyatta University is authorised to issue certificates, diplomas, degrees and other awards in its name, the legality of these fake educational certificates is not only in their use; it is also in the acts of making and holding them.

The activist argues that fake certificates make it difficult to hire the right people for the right job and employers hire their workers based on certifications because certification indicates that one has met a certain standards of competence. Hence, ensuring a person is as qualified as they say they are is crucial for the integrity and authenticity of any work force.

He claims they are also a danger to the general public in many ways, including that they allow quacks to perform tasks or duties they are not qualified to do, and they affect the morale of learners, especially the youth, as they are a disincentive as there is no point for one struggle and work hard to acquire certifications which can simply be scammed.

Kenya Insights allows guest blogging, if you want to be published on Kenya’s most authoritative and accurate blog, have an expose, news TIPS, story angles, human interest stories, drop us an email on [email protected]om or via Telegram
Related Topics:
Up Next