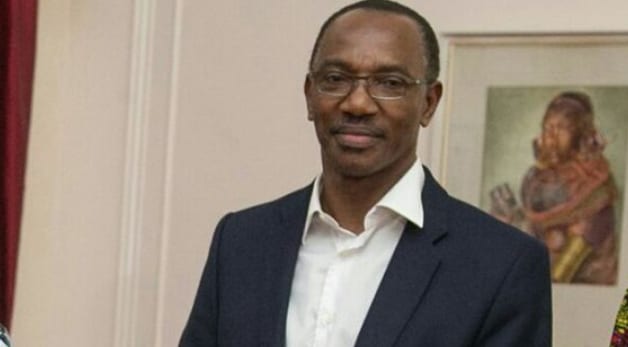 Following a two-year battle with the courts on allegations of Sh41B tax evasion on his firm, the Janus Continental Group’s boss Humphrey Kariuki has decided to put for sale the scandal ridden Africa Spirits that’s in the middle of the circus with Kenya Revenue Authority(KRA).

Mr Kariuki and his co-accused denied failing to pay tax of Sh17,782,553,085 to the commissioner of domestic taxes between January and December 2016.

They are also accused of omitting Sh832,048,543 in Value Added Tax (VAT) for Africa Spirits Limited (ASL), an amount which had been included in the returns, for the period January to December 2016.

The run-ins with the authorities has taken toll of the reclusive billionaire who’s now considering selling it.

Mr. Kariuki, has already received several offers to acquire his brewery Africa Spirits, reportedly, he has already turned down offers from London Distillers and 254 Brewing Company, which he deemed too low.

He is currently in discussions with Keroche Breweries, a major Kenyan brewery, but is asking but is asking for more money and they have not yet reached an agreement. Kenyatta’s bitter aftertaste.

In addition to their current negotiations, Keroche’s director Tabitha Karanja and Kariuki have another point in common. They were both in full support of President Uhuru Kenyatta on the campaign trail before being ensnared in his anti-corruption policy.

Related Content:  Why Sh2B Tea Auction Has Been Suspended

In fact, this policy is what led Kariuki to put Africa Spirits up for sale. The common denominator between the Karanja’s and Kariuki is that they have all been attacked by the Kenyatta government despite having financed Kenyatta’s 2013 and 2017 election campaigns. They have become collateral damage in the big anti-corruption campaign organised by Kenyatta, who wanted to show that he was not taking action solely against his perceived political enemies.

Keroche just like in Kariuki’s case, found themselves in the crossfire where the brewery was accused of Sh14B tax evasion in a case that also attracted political attention with many pointing accusing fingers at Statehouse for not being supportive of local industries. The case is still in court just like tbe Kariuki’s.

Kenya Insights allows guest blogging, if you want to be published on Kenya’s most authoritative and accurate blog, have an expose, news TIPS, story angles, human interest stories, drop us an email on tips.kenyainsights@gmail.com or via Telegram
Related Topics:Africa spirits limitedHumphrey KariukiJanus Continental GroupKerochetax evasion
Up Next