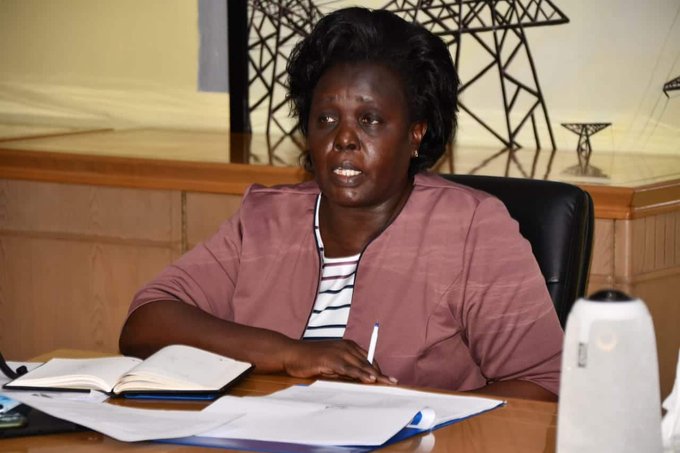 Kenya Power has appointed Rosemary Oduor as Acting Chief Executive Officer to replace Bernard Ngugi who has since retired.

Kenya Power CEO Bernard Ngugi has stepped down and has been replaced by the General Manager customer service Engineer Rosemary Oduor.

The electricity supplier, however, did not reveal the reasons for Mr Ngugis surprise exit but sources indicated boardroom wrangles forced his ouster.

Kenya Power has had four CEO’s in just four years a huge turnover at the troubled company’s most critical office.

In 2018, Mr Ken Tarus was hounded out of office and charged along his predecessor, Ben Chumo, and a number of other senior managers for conspiring to commit an economic crime and abuse of office.

He was replaced by Jared Othieno in acting capacity.

Mr Othieno served up to 2019 and was replaced by Mr Ngugi, who was at the time head of the utility’s procurement division.

Mr Ngugi’s tenure was marked by huge losses when Kenya Power sunk to a Kes 939 million net loss for the year ending June 2020 after getting a Kes 6.1 billion tax credit from lower corporate taxes given to companies to survive the vagaries of coronavirus pandemic.

The tax credit lifted the company from a pretax loss of Kes 7 billion.

The State corporation’s half-year profit as at December 2020 tumbled 80 per cent to Kes 138 million from Kes 692 million at similar stage in 2019 attributable to higher financing costs as a result of unrealized foreign exchange losses occasioned by the depreciation of the shilling against major foreign currencies.

The electricity supply monopoly business was not able to meet its debts on time with US energy firm Ormat Technologies stating the amount overdue from KPLC was Kes 5.3 billion ($48.9 million) out of which Kes 1.7 billion ($16.2 million) was paid in January and February this year.

The firm has also seen changes in the office of board chairman with Mahboub Maalim Mohamed replacing former House Speaker Kenneth Marende as the chairman and most recently Vivienne Yeda taking over.

Ms Yeda told shareholders CEO’s at the company had turned the utility firm into a “procurement machine” and promised to plug the loopholes.

Kenya Insights allows guest blogging, if you want to be published on Kenya’s most authoritative and accurate blog, have an expose, news TIPS, story angles, human interest stories, drop us an email on [email protected] or via Telegram
Related Topics:CEOKenya PowerRosemary Oduor
Up Next