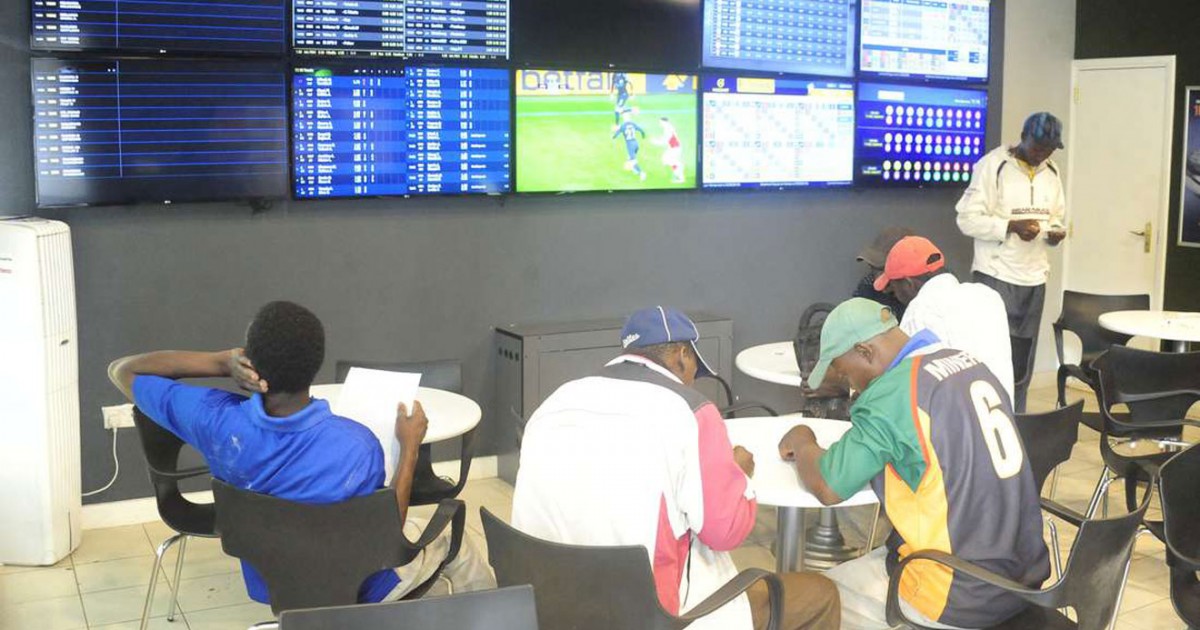 This investigation reveals Kenya’s enormous betting addiction. Leaked figures from the betting regulator show that punters wagered more than US$300 million in a single month in 2019.

The staggering size of the local betting industry emerged from a leaked spreadsheet of revenue declarations made by gambling firms to the Betting Control and Licensing Board (BCLB) for May 2019, shortly before the government introduced tougher regulations and higher taxes.

Extrapolating from this monthly figure, punters were on track to spend more than US$3,4 billion on betting annually had the government not stopped the party.

This amount is US$2,4 billion more than what the national government allocated to health in 2019/20.

The enormous scale of Kenya’s betting addiction can now be revealed.

The staggering size of the local betting industry has emerged from a leaked spreadsheet of revenue declarations made by gambling firms to the Betting Control and Licensing Board (BCLB) for May 2019, shortly before the government introduced tougher regulations and higher taxes.

Extrapolating from this monthly figure, punters were on track to spend more than Sh360 billion on betting annually had the government not stopped the party.

This amount is Sh257 billion more than what the national government allocated to health in 2019/20.

Kenya has an adult population of around 35 million, according to 2019 population census figures released by the Kenya National Bureau of Statics (KNBS). The average amount bet per stake was Sh170.

Gaming Awareness Society of Kenya co-founder Nelson Bwire reacted with shock at the figures: “Data we have submitted to the presidential task force on mental health indicates that gambling is a major contributor to mental health-related problems.

The effects are devastating — family breakups, addiction, depression, unmanageable debt, increased crime and suicides. But to learn that people are spending such huge amounts on betting in such a short time? It’s absurd!”

The revenue declaration snapshot was obtained by Finance Uncovered, a UK-based investigative journalism and training project, and shared with the Nation. It originated from an insider at the BCLB, which receives and compiles monthly revenue declarations from the industry.

This is thought to be the first time that betting figures for the entire industry, albeit a one-month snapshot, have been made public.

An industry source suggested that the numbers could be higher because the BCLB relies on companies’ self-reporting.

The Kenyan gambling market is heavily dominated by online betting, which industry experts say typically returns 90 per cent of bets to punters as winnings. Retail outlets, or betting shops, return 85 per cent.

The amount firms retain after making winnings pay-outs is called the Gross Gaming Revenue, or GGR. Betting firms could, therefore, be retaining between 10 to 15 per cent of bets staked.

Betting firms would have been expected to pay a 15 per cent tax on GGR, plus a 20 per cent withholding tax on punters’ winnings, following a series of tax laws passed in 2018.

SportPesa, which was a roaring success ever since it set up shop in Kenya in 2014 before it was muted by the government, accounted for almost two-thirds (64 per cent) of market share.

The firm stepped to the international stage after it announced a Sh1.3 billion a year sponsorship deal with Everton FC. It was the biggest deal in the club’s sponsorship history.

It would also set up a global headquarters in Liverpool. Before it shot to global fame, it had entered smaller deals with Arsenal, Southampton and Hull City football clubs, as well as the Spanish La Liga and a top Italian club teams.

Rival firm Betin came in second, with declared bets of almost Sh6 billion — nearly 20 per cent of all market share.

The directors of Betin Kenya are Leandro Giovando and Domenico Giovando, who were deported and later denied entry back into Kenya, despite holding valid investor work permits, last year.

The two were among the 27 firms whose licences were withdrawn in July last year over alleged tax non-compliance.

SportPesa and Betin fought the tax demands, which the Kenya Revenue Authority (KRA) claimed they owed in arrears under the 2018 revenue laws, in court.

They were given tax compliance certificates for the previous year only for the government to demand more.

While some of the other suspended firms later had their licences reinstated, both SportPesa and Betin to date have not.

This saw them shut their Kenyan operations in September last year, rendering hundreds of Kenyans jobless.

The biggest blow was felt in the local football league after SportPesa withdrew from sponsorship deals citing “the hostile taxation and operating environment”.

Before its withdrawal, SportPesa had waged a public relations campaign in the media, reportedly claiming in a series of full-page newspaper adverts that they had collected Sh20 billion in revenues in 2018, made Sh9 billion in gross profits and paid Sh6.4 billion in taxes.

They also claimed to have invested a total of Sh1.37 billion in local clubs, and a further Sh171 million in other socio-economic causes, including Sh41 million in community health.

In February this year, SportPesa also withdrew from its international sponsorship commitments, including a reported £9.6 million a year shirt sponsorship with English top-tier football side Everton FC and a reported US$10 million a year deal with Formula One team Racing Point, whose CEO reportedly explained was because SportPesa “had some difficulties in their home market.”

Betika, the third biggest betting firm by declared bets in May last year (Sh1.45 billion), has retained its licence throughout those turbulent months and is now thought to be Kenya’s biggest betting company.

However, they now operate in a more curtailed market that has been further depressed by the wide-ranging impact of the Covid-19 pandemic, including the temporary closure of betting shops and cancellation of local and international sporting fixtures.

According to the data, Betpawa (since closed) and Sportybet (still operational) completed the top five.

Betpawa argued in parliament that its director, Nikolai Barnwell, had a valid investor permit and was included in the deportation list — which had 17 foreign directors of betting firms operating in Kenya — erroneously.

Betika appears to be the only company in the former top five that was not majority-owned by foreign investors.

It is owned by Beverly Technologies Limited, whose directors are John Michemi Muthuro and Sophia Nyarora Gichuhi. The company is not linked on the online company registry search.

A surprise entry in the top five, SportyBet has flown beneath the radar until now. Its directors are Jai Ashok Mahtani and Sudeep Ramesh Ramnani.

Their nationality is unknown. They co-own a company called Marawin, which operates the SportyBet brand in Nigeria.

The leak of the figures from the BCLB is significant. The regulator releases very little information publicly. But the monthly figures should be treated with some caution, experts say.

A source who has worked in a senior management position in one of the smaller companies said that firms who operate from physical shops, where bets are wagered in cash, can “potentially get away with” under-declaring revenue by up to 80 per cent.

The source, who spoke on condition of anonymity, said it was much harder for mobile and online betting companies to under-declare their revenues because of the digital trail left by betting activities on their servers.

However, the sheer number of bets and the regulator’s inability to access the data in real-time mean that “significant” under-declaring is also possible for digital firms.

Other experts who have viewed the data point out that one would need to know companies’ operating costs and taxes paid in order to calculate their profits.

Further obscuring their true profitability, some betting companies have set up related companies in countries where there is little or no publicly available information about how much money they derive from their operations in Kenya, and how this is accounted for.

SportPesa, for example, set up a holding company in the Isle of Man, while Betin’s biggest shareholder was a company incorporated in Mauritius.

Betting, particularly on sport, exploded in Kenya from the mid-2010s onwards, finding fertile ground among a youthful populace who combine sports mania with digital savvy.

By 2019, betting was impossible to ignore, as firms such as SportPesa and Betin ploughed millions back into blanket advertising campaigns and high profile sports sponsorships.

But concerns about the prevalence of betting addiction, particularly among unemployed youth, also grew.

Mr Bwire, a campaigner for stricter reforms in the industry, said that the government should now turn its attention away from the industry as a source of tax revenue and gear its efforts towards public health and welfare, “especially in this Covid-19 era when isolation and boredom will increase gambling participation and fuel gambling addiction”.

“Gambling companies have realised this and are using our new-found isolation to their own advantage, going by the recent guerrilla marketing of online casino games,” he warned.

Before Covid-19 struck, the betting regulator said the interior ministry was still conducting security checks on owners of the big companies before it could grant them back their licences.

Guerassim Nikolov, a Bulgarian, owns a 21 per cent stake in Pevans East Africa — the firm that owns SportPesa, making him one of the three biggest owners.

Mr Nikolov is understood to have started out with a Bulgarian casino in 1989. He came to Kenya several years later where he started as a casino manager. He was the brains behind Toto 6/49, which went under.

The other two largest shareholders Naogen Investment, US company incorporated in Delaware, and Asenath Wacera Maina, who own a 21 per cent stake each. This stake was previously owned by Gene Grand, a US citizen, who is now just listed as a director.

Ms Wacera is a Kenyan and the widow of former Nairobi mayor Dickson Wathika. She has always kept a low profile in the firm.

Billionaire Paul Wanderi Ndung’u owns a 17 per cent stake. Mr Ndung’u, who built his fortune as a Safaricom distributor, was the firm’s board chairman till December last year when insiders say he stepped down.

But the firm is yet to publicly name his replacement but it must come from one of the top shareholders.

Mr Ndung’u was the chairperson of the Friends of Jubilee Foundation technical committee that raised billions for the party in the run-up to the 2017 election.

Other shareholders are Mr Ronald Karauri, who is the firm’s chief executive officer. He owns a seven per cent stake. Mr Karauri is a former Kenya Airways pilot.

The firm maintains that it has been playing by the rules and paid its fair share of taxes. It has a tax clearance certificate and several awards from KRA to prove it.

Lionel Faull is chief reporter for Finance Uncovered. This article was developed with the support of the Money Trail Project

‪After A Spate Of Suicides, Ethiopians In Lebanon Raised $640,000 To Support Theor Community, Then It Disappeared ‬