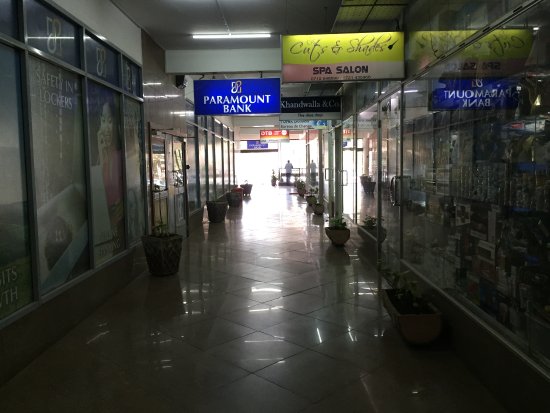 Hello,
I am an employee of Paramount Bank and the various real estate companies that operate from the same offices at Sound Plaza.

I am an internal clerk at Paramount Bank and I have some information to share with you. This is what I have managed to gather from my junior position. I have been here for 1.5 years now. I can tell you this this is a crooked bank that enjoys protection from some Central Bank people. I can also tell you that proceeds of this are used in Real Estate developments by Anwarali Noorali Merali Padany, the Executive Chairman of the Bank and real estate companies. His son Ayaz Merali is the CEO. Every important decision in these companies is done by family only. The Africans are for show only and are only allowed to handle regular Kenyan accounts like staff members of his company’. This is just to cover for the illicit business that goes on there.

Used for money laundering and the proceeds invested in real est. Akila 1 and 2., Nuriana Apartments, Jannah Villas/Apartment and the Alina Villas in Lower Kabete for later.
Tormount holdings, one of the shareholders of the bank have been mentioned in illegal activities in the Panama report. 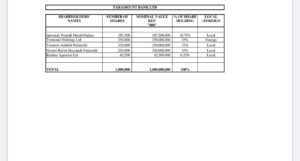 Remember Paramount Bank at some point bought another Muhindi Bank, Universal Bank. These banks were all set up during Moi days for siphoning money out of Kenya and for money laundering. Merali was at some point taken to caught by another crroked Bank, Trust Bank for crazy dealing leading to the collapse of Trust bank.

Related Content:  Rwanda Made Mara Smartphones To Be Availed On Kenyan Market

http://kenyalaw.org/caselaw/cases/view/54571.
Merali has for long been invoved in dirty deals with Lands officials using the bank as the money conduit. Here is one of the cases that bust and was documented. http://theinformer.co.ke/12363/paramount-bank-entangled-in- sh30million-loan-fraud/

The African workers in the Bank are kept busy with small accounts of Kenyans but the wahindis are served in a special room. Sometimes the bank is closed in the afternoon when money is brought in, systems reconfigured and money is cleaned. I was told by a guard who had observed the trend.

The elite Asian bankers who exclusively serve the Asians are paid double what we earn and all they do is act on laundering instructions from Merali.
We have separate toilets for Asians and Africans. Africans here are for dealing with the Africans, just for show. The same happens in their Real Estate arm. As you will see.

Real Estate.
Merali has developed Akila 1 & 2, Nuriana Apartments, Alina Villas and Jannah Villas/Apartments using laundered money. The homeowners of these properties can attest that they were forced to work with only one lawyer and they only had Paramount Bank as a mortgage option. This is how they hide their deals and use the information circle. It is also how Merali manages to show that his bank is a regular normal bank.
We are now dealing with a case of homeowners in Jannah Villas who are being asked to add over 3M each after 6 years of waiting for their Shares in the development and for their Titles. 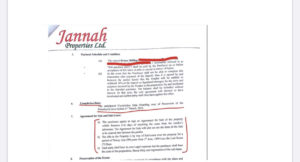 Imagine Merali convinced them to buy the house and hand over management and sub titles by 3 months. 6 years later they have been told to pay more to get what they should have gotten 6 years ago. All these new charges are out of the sales agreement and since Merali never handed over management, he says he has the sole right to decide on all manner of costs and demand for them. He has threatened not to register the sub leases unless he is paid this money. He sold incomplete units without a sewer and a wall and is now demanding that from them. Absolute corruption and intimidation because he is connected at lands. This is how he recovers his bribery money by fleecing poor Africans. 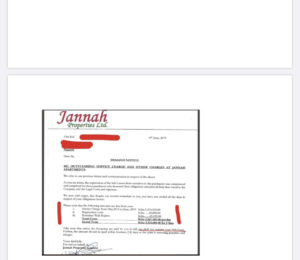 Some of the owners are threatening to sue for 150m for loss of use of property, the have not been able to show ownership of their property despite paying in full 6 years ago. Some have tried to use the agreement to get loans but have been turned down by banks because they do not have the title or sub-lease. This will be messy becaue there are 80 houses and Merali only managed to sell half and hence has to find a way to recoup his investment by ovcer charging the poor African buyers. The house owners were not aware that Merali had not gotten approval to build the houses and therefore sold them illegal structures. 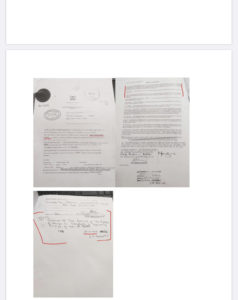 The title was only approved for construction in 2017 (4 years later) and at the time of the sale, the Title belonged to Tanad Properties and was not approved for apartments.

Some of the leases were registered in 2018. 5 years later. 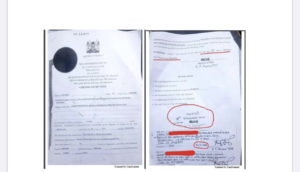 The houses were built without a sewer and used to drain to NAIROBI river in collusion with NEMA and County planning officials who are on a monthly salary from Merali through Paramount Bank in dummy accounts. They are now being asked to pay charges which they neither knew of or consented to as owners.

This case will be big and will expose the corrupt networks at Nema, Lands and County who have allowed Merali to continue conning Kenyans. It is the same officials who have allowed the construction of executive villas by Merali (ALINA VILLAS) in Lower Kabete that the late Wangari Maathai fought against https://nairobinews.nation.co.ke/news/multi-million-buildings-built-on- wetland-to-be-demolished.

During this past demolition exercise, 250m was used to keep bulldozers away. These bribery costs are later passed on to buyers for spurious reasons. Sound Equipment Ltd is another of Merali’s companies and the owners of Sound Plaza Westlands, the HQ of Paramount Bank and Merali’s offices. 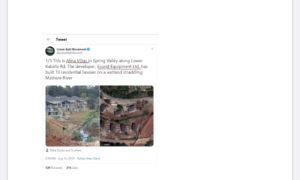 I will get more information and pass it over. This is information I have gathered from documents I have been sent to deliver across offices and I have used my phone to scan. Others are from the net.
Thank you.