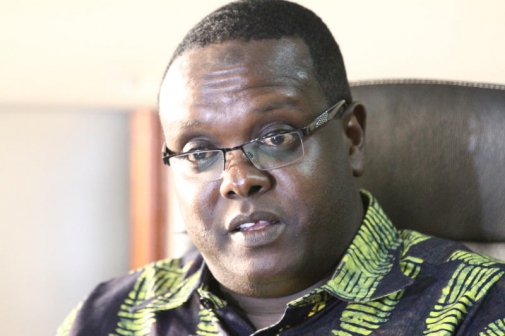 NAIROBI, Kenya (AP) — The IOC has cut funding to Kenya and said Thursday it will make a decision over the country’s Olympic future at an executive board meeting next week, when the track and field power faces the prospect of being banned.

The IOC statement came after National Olympic Committee of Kenya executives, led by former distance running great Kip Keino, defied the IOC at a meeting on Tuesday and refused to make changes to their constitution.

It was the second time in a week where the NOCK failed to adopt governance changes in a new constitution, which the IOC has asked it to do.

Kenya will now be on the agenda of the IOC board meeting in Pyeongchang, South Korea, next Thursday and Friday, the IOC said. The IOC wouldn’t be drawn on whether Kenya’s Olympic committee would be suspended, but did not rule it out.

“The IOC is extremely disappointed by the outcome of the NOC extraordinary general assembly which did not address governance issues in the appropriate way,” the IOC said.

The IOC has now put on hold “all payments of subsidies to the NOC of Kenya” until a decision is made next week, it said.

Kenya is a force in track and field, finishing second behind the United States in the track medals table at last year’s Rio de Janeiro Olympics. But its track federation and Olympic committee have been dogged by scandals, most recently when high-ranking NOCK officials were arrested and charged with the theft of money and equipment provided by sponsor Nike following the Rio Games.

The one positive for Kenya is that an IOC ban now would give it three years to put its house in order before the next Olympics in Tokyo in 2020.

Kenya’s Olympic committee was effectively disbanded by the government following Rio and the IOC and the Association of National Olympic Committees of Africa have been trying to piece it back together.

At Tuesday’s meeting, though, the 13 members of the NOCK executive committee voted against constitutional changes, which needed a two-thirds majority to be passed. The 19 sports federations affiliated to Kenya’s Olympic committee voted for the changes, but their votes weren’t enough.

“The observers looked very upset and my fear is Kenya is in for a big problem,” Korir said.

Finally Over: KMPDU Calls Off Doctors Strike After Making A Deal With The State And Governors