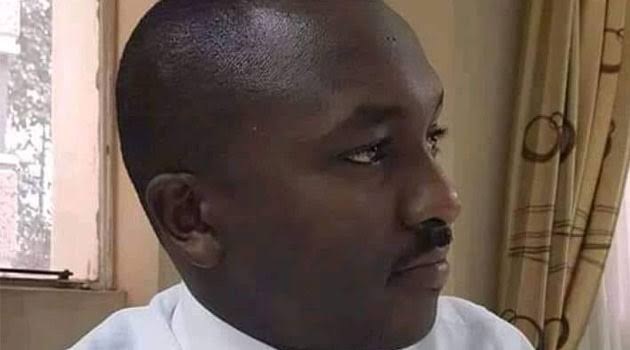 At least three strangers were in Sergeant Kipyegon Kenei’s house in Nairobi’s Villa Franca estate when he was killed last month. The three liaised with an employee of a mobile service provider to clear data from the officer’s phone.

In what appears to have been a well-planned murder, one of the suspects is said to have communicated with a senior official at Deputy President William Ruto’s Harambee House Annex office, according to a preliminary report by detectives.

Police investigating the officer’s puzzling sudden death have zeroed in on the three individuals, believed to have been the last visitors to Kenei’s house before his lifeless body was found lying on the floor with a bullet wound on February 20.

“At long last we have cracked the case; this was pure murder,” said a senior detective privy to the investigations.

The three people are believed to have been regular visitors to Harambee House Annex, where they visited a senior official before and after former Sports Cabinet Secretary Rashid Echesa went into the building in the company of two foreign investors.

Echesa was later arrested and charged with intending to defraud the foreigners.

The data deleted from Kenei’s phone was, however, retrieved in what may offer further clues to the investigation. On the day his phone was “flushed” his social media accounts—Twitter, Facebook, WhatsApp—were also de-activated.

Detectives are also trying to establish the role played by a former officer with one of the national security agencies, a close associate of some employees at Harambee House Annex.

Kenei, an Administration Police officer, was killed a day before he was expected to record a statement with detectives from the Serious Crime Unit at the Directorate of Criminal Investigations (DCI) headquarters over Echesa’s visit.

Sources said owing to his work and some of the duties he had been assigned, the officer had a lot of information about operations at his work place.

Kenei’s body was found on February 20 after neighbours alerted police of a foul smell emanating from his house, two days after the three strangers visited.

Yesterday,  DCI boss George Kinoti declined to comment on the matter, only stating: “We are progressing on well and very soon, Kenyans will know the truth. We are almost there.”

Chief Government Pathologist Johansen Oduor on Wednesday last week said Kenei was killed by a single bullet which entered his body through the chin and exited on the forehead, implying that the muzzle of the firearm that shot him was in direct contact with his body at the time of discharge.

A ballistic examination of the firearm showed that his gun, a Jericho pistol serial number KE AP 43368809, established a “match or cold hit”, implying it was the same gun that shot him.

Part of the analysis involved comparison of the unique microscopic markings on the cartridge.

A day later, Oduor led a team of detectives to the house in Villa Franca where upon examination they concluded that Kenei met his death in his house, where the body was found.

“We have examined the house and concluded that it is the primary scene where the death took place,” he said.

Officers from Embakasi police station who visited the scene first had removed the body, after assuming that it was a case of suicide based merely on observation and the initial report.

When he visited the scene, Kinoti directed a new team to take over investigations and work closely with the pathologist to establish whether it was murder or suicide.

Reports indicate that in some cases, officers have assumed that some deaths are generally not criminal incidents and do not require much investigation.

However, some of the disregarded cases have later been found to be murder, but were staged to appear to be accidents or suicide.

Police regulations require that all death incidents should be treated as murder investigations until facts prove otherwise, and officers must keep an open mind and not be influenced by initial reports or presentation at the crime scene.

“Homicide detectives must do it right the first time since they only get one chance. And it is only the pathologist who can make the final determination as to the cause of death,” a police source said.

Some media reports have indicated that several months before his death, Kenei had fallen out with some of his colleagues and officials at Harambee House Annex.

It is also believed that he had a lot of information and it was feared that he would spill the beans if he reported to the DCI to record a statement about the Echesa incident.

Earlier he had been coerced to share some information regarding his involvement in some activities at his place of work.

The note, presented to appear like a suicide note, however did not indicate intent to commit suicide or the reasons.

In establishing whether such notes are genuine and were indeed written by the victim, a sample of known handwriting is obtained, for comparison.

“Experts also establish if such notes were voluntarily written, and whether they are coherent and legible,” he said.

Somali’s Fugitive, Second Most Powerful Secretly Given Asylum In Kenya?