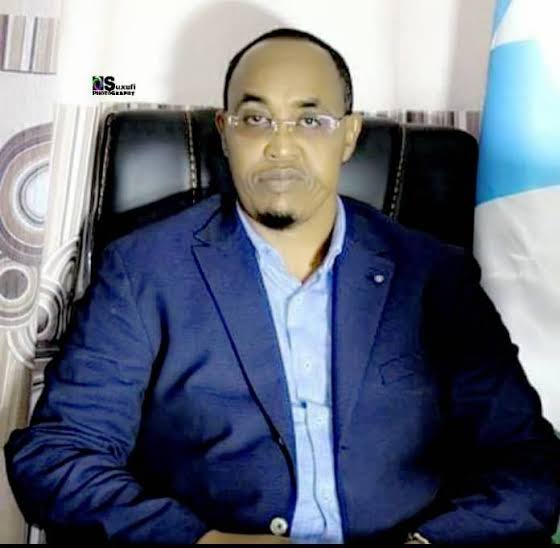 Born in Gedo, his hometown Balad Hawo war zone near Kenyan border in the North Eastern Mandera and where he enjoys tremendous grassroot support as Kingpin with the protection of Jubaland forces. He was the Security Minister.

Escaped from a Mogadishu prison on Tuesday Jan, 28 where he had been held since August 31, 2019. Sources say, months after his imprisonment, his clansmen negotiated with President Farmajo for house arrest in which he escaped. Abdirashid arrived in Nairobi shortly after arriving in Kismayu from Mogadishu by boat. After his arrival in Nairobi, he seeked medical attention at a City hospital thereafter meeting Jubaland President Ahmed Madobe who had business in Nairobi. Sources say, despite tightened security at the exit points and cordoned off airports by Somali government upon his escape, he managed to maneuver his way through with support of some soldiers whom were still loyal to him until he found his way to Nairobi City in a private jet. After his meeting with Jubaland President, Jubaland Chief of Staff in a statement said, “Our hero has arrived after several months of illegal detention in Mogadishu. ” 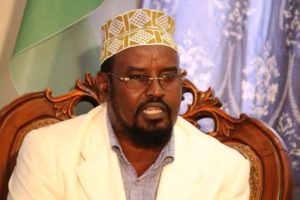 He is wanted for several crimes, including international human rights violations, the massacre of innocent civilians at Gedo Region and illegally escaping from government custody. 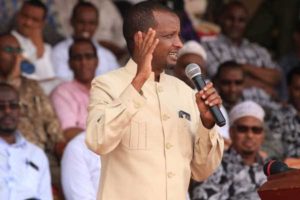 In a private notice number 02/2020 presented on Wednesday in Parliament, Mr Maalim sought a clarification from the Ministry of Defence on the presence of Mr Abdirashid Hassan Abdinur alias Abdirashid Janan in Mandera East Constituency.

The MP claimed the minister crossed into Kenya with over 100 armed soldiers and has been in town, causing security tension since January.

“He arrived on January 30 and was booked to stay at a local hotel by Kenyan security teams in Mandera. He left the hotel on February 10 and rented a house within Mandera town from where he has been operating under the close watch of Jubbaland forces and the Kenya Defence Forces (KDF).”

Mandera East Member of Parliament (MP) Omar Maalim has asked the national government to explain the presence of a fugitive Jubaland minister in Mandera County, saying he poses a security threat to residents.

“The CS has to explain the measures put in place by the State to mitigate security challenges posed by the presence of the fugitive minister,” he said.

Mr Maalim is also seeking an explanation from Cabinet Secretary Monica Juma on the role played by KDF in guarding the Somali national.

He wants the State to make public the legal framework under which the Jubaland military forces were allowed in Kenya fully armed.

“People of Mandera are under siege … Some have vacated their residences fearing bloodshed,” he said.

Military troops from the Federal Government of Somalia that have been pursuing him camped at Bulahawa town scheming a raid on the minister’s current residence. A raid which happened yesterday 2,March and which turned messy causing residents to flee their homesteads for safety. A stir which Kenyan government refuted reports that it happened on the Kenyan soil. Kenya Police took control of the situation, a move which us unusual as it is and gas always been the mandate of military (KDF) to protect the border. @BBCSomali claimed that KDF were involved in the gunfire yesterday between federal government of Somalia forces and Jubaland forces allied to fugitive Abdirashid in which they sided with Jubaland forces.

Related Content:  Details: Joe Irungu, Jacque Maribe’s Fiancé Arrested For The Cold Blood Murder Of A Businesswoman In Kilimani
Kenya Insights allows guest blogging, if you want to be published on Kenya’s most authoritative and accurate blog, have an expose, news, story angles, human interest stories, drop us an email on tips.kenyainsights@gmail.com or via Telegram
Related Topics:
Up Next

Kenei Was Murdered DCI Rules, Three Suspects Were In Contact With A Senior Official At DP Ruto’s Office