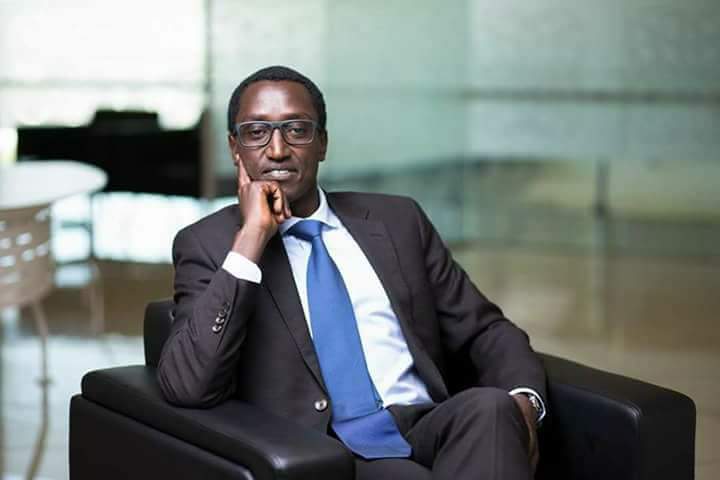 Bundotich Zedekiah Kiprop aka Bundeki is a man making serious political waves in the Uasin Gishu politics and a nightmare to the incumbent Governor Jackson Mandago. The billionaire businessman who made a last minute entrance into the governorship race is said to be standing at a high point in getting the Jubilee ticket that would guarantee him the governor position.

Running one of the most expensive campaigns in the country, Bundotich is estimated to have pumped Sh500M into his campaign kitty which is slippery oiled with a dozen of branded choppers not to mention cars and trucks. Popularly known as Buzeki acronym for his names, Bundotich is a severe threat to Mandago. The billionaire is fronted by Deputy President Ruto and is said to be pumping the unmentioned amount of resources into his campaign. Ruto and Mandago had previously broken ranks. 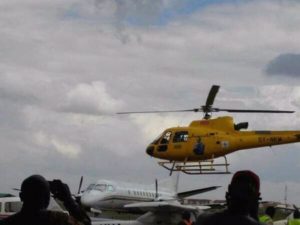 However, the Bundotich and Ruto friendship didn’t start yesterday and dates back to years when Ruto was penetrating the Kalenjin region and making a name for himself. As we learn from a highly placed talking on anonymity conditions to Kenya Insights, the bonding factor for this friendship is incredibly weird.

“The Bundotich guy used to be Ruto’s supporter and his mtu wa mkono.” Our source opens up. They would traverse the community as he hunted for votes, by then Bundotich was already molding his business enterprise but was too small for recognition. Then during one of his political activities, Ruto charged Bundotich with distributing cash to his supporters in plain terms voter bribery. After being handed Sh 1M I hard cash to dish out, ‘kujipanga my fren’ spirits came down on him and it is then that Bundotich took off with the money and disappeared into thin air. But that was nothing to Ruto, one million for a man making millions from only God knows which deals, he let it slide. 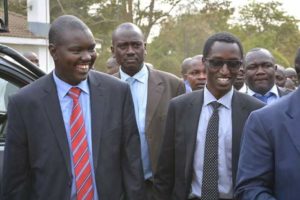 Bundotich took the money and invested, opened up Buzeki Milk which later grew up to a major dairy firm buying off Molo milk. After some time, William got wind of Bundotich and him opening a company obviously with the loot he took from him. Ruto sent his men to deliver Bundotich to his home. Naturally, the little entrepreneur was scared to soiling his pants thinking he had been finally trapped and that Ruto was going to squeeze the life out of his nini for running away with his cash.

Contrary to his expectations, Ruto gave him a hearty welcome, he was amazed at the level of intelligence, Ruto congratulated him expressing his impression on the fact that he used the money he stole from him to invest. He saw the potential in the young man, and that’s how they became business partners and friends. The rest, as they say, is history. 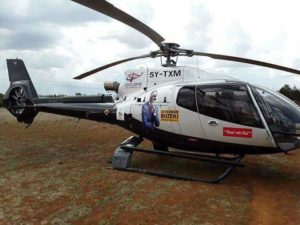 Another one of Buzeki’s many branded choppers.

Mr. Kiprop Bundotich is now the Executive Director and founder of Buzeki Group of Companies, a major business conglomerate in Kenya. Mr. Bundotich, the self-motivated and resourceful entrepreneur with sharp business acumen, has developed the Buzeki business group to emerge as a major player in the Logistics and heavy commercial transportation industry in East Africa. He has an immense wealth of experience spanning more than 14 years in the transport logistics and dairy industry which has been effectively utilized to provide a solid foundation for all the Buzeki Group’s ventures.

Mr. Bundotich diversified into the transport and logistics business under Buzeki Enterprises Limited
The success of Buzeki Enterprises led Mr. Bundotich to establish the Dairy division of Buzeki.
Under his dynamic leadership, Buzeki Group has emerged as a leading customer focused organization and has been motivated to undertake massive efforts to expand operations to various sectors of the economy to respond to the ever-growing needs in the Transport & Logistics, Dairy, Oil, Motor-Vehicle & Cement Sectors.

A Little Bird tells Kenya Insights that the two are importing maize as well so you might want to direct your questions to who you know now why flour prices are going up despite zero rating speech delivered time back.

Related Content:  As KeNHA Most Corrupt Officials Eye Kura, KeRRA DG Position, High Voltage Vetting Awaits​
Kenya Insights allows guest blogging, if you want to be published on Kenya’s most authoritative and accurate blog, have an expose, news TIPS, story angles, human interest stories, drop us an email on [email protected] or via Telegram
Related Topics:
Up Next