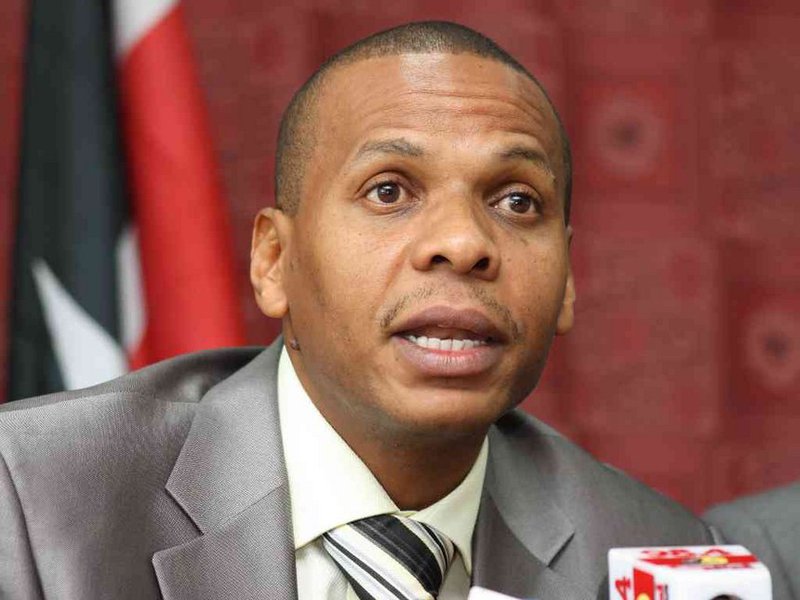 Former MP Danson Mungatana lost virtually all his wealth to cunning tricksters who promised to multiply his riches.

Mungatana, a former assistant minister in Kibaki administration and former MP for Garsen Constituency, lost Shs 76 million, a piece of land and a car to the con men who promise to “wash” for him dollars and make him a billionaire.

He is among the eight Kenyans who have recently fallen victim to the gang of con men from West Africa, claiming to have powers to multiply money.

According to Police sources, the conmen, who include three Mali nationals and a Kenyan, carried out their operations in a building in Nairobi’s Westlands.

They convinced the politician to part with the money so that they could buy ‘ink’ to cleanse billions worth of ‘dirty’ dollars.

Mungatana reported to police that he lost Ksh.76 million but kept on going for more, even selling his car and a piece of land in the posh Karen neighbourhood. His ordeal began in March this year when he was introduced to the con men.

Another unnamed Kenyan businessman lost Ksh.14 million to the same con men who also ask their victims to bring large sums of money for miracle sessions after which the victims would walk away with fake currency after handing over their hard-earned cash. Many only realise they were being conned when it is already too late.

Three people suspected of carrying out the crime have been arrested and arraigned in court after being found in possession of over Shs one billion worth in fake currency.

They are  Abdoulaye Tamba Kouro, his son Abdala Tamba and a Kenyan, Anthony Mangangi Munyiva.

They will remain in police custody for the next 15 days, after the court granted the prosecution’s plea to continue holding them.

Mungatana was recently ordered to repay a Sh7.5 million loan he owed Equatorial Bank in full after the High Court rejected his request to pay the loan in instalments.

The Court ruled that he had failed to comply with his earlier plea that required him to pay a monthly instalment of Sh100,000, hence, his plea would not be accepted.

“I find no reason or proof that the judgment debtor is not able to pay at once nor that the most he can pay is Sh100,000 per month. He has not been candid in this matter with facts regarding his finances.

“The result is that I find the application unmerited, lacking in bona fides and thus cannot succeed, but must fail and is hereby dismissed,” Justice P.J.O Otieno stated in his ruling.

The court also dismissed Mr Mungatana’s claim he was not able to pay anything more than what he was offering, indicating that the former Assistant Minister was setting his own terms to pay the debt.