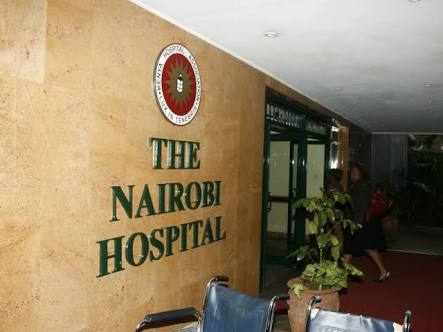 Surgeoderm Healthcare, a Nairobi-based clinic and the doctors who performed the surgery have lifted the lid on the top hospital with the filing of a petition questioning why it was not being investigated.

The patient underwent cosmetic breast operation at Surgeoderm Healthcare clinic in Nairobi and died after she was transferred to the Nairobi Hospital to recuperate.

KMPDB, which is listed as a respondent, launched investigations into the death targeting the health facility and the doctors who performed the operation

A battle looms as three plastic surgeons moves to court to protest against the manner in which investigations into a woman’s death due to a botched breast surgery is being conducted.

The three doctors have accused the medical board of bias in the handling of the case lodged by Ms Wanza’s husband Joseph Mulupi. The trio argues that the move is discriminatory and that the committee looking into the matter was constituted by the medical board with a sole intension of settling scores.

It turns out that Dr Opot is a colleague of Dr Khainga at the university and would likely have a biased decision since he had a personal difference with him as well.

They also argue that all the three committee members are parties to a case in which Prof Khainga is the complainant against the board over a decision made by Dr Opot. The conflicting interests leaves a wide space for biased decisions.

The medics also allege that it is Dr Okioma of Nairobi Hospital who injured neck vessels of the late Wanza yet he has not been requested to record a statement. “All indications are that the KMPDB intends to lay blame on the trio since Nairobi Hospital and Dr Okioma have been exempted from the investigations notwithstanding that the deceased met her death while on their hands,” says Prof Kiama Wangui, their lawyer.

The deceased underwent liposuction and breast enlargement at Surgeoderm Clinic on June 5.

However, she was reportedly attended to by an unnamed medical practitioner at the Accidents and Emergency Department of The Nairobi Hospital the next day after complaining of abdominal pains.

Surgeoderm have distanced themselves from the death saying they checked the patient out of their facility in stable state and that Nairobi Hospital records shows when she checked in, there were not serious complications. It was during a surgery at NH that a vessel in her neck was injured leading to her death.

It really doesn’t make sense why the board has not considered probing Nairobi Hospital and the Doctor who handled the deceased. We understand the three doctors under probe were yet to be interviewed and record their statement. How the board is to make unbiased decision while the subjects are yet to lay bare their side makes it believable that the intent of investigations isn’t in good faith.

Suspiciously, the family to the deceased didn’t lodged a complaint making the three doctors believe it is set with mischievous intent to settle scores. Incompetence is an issue as far as the committee is set up, none are plastic surgeons meaning they’d be passed on certain things, they’ve said the committee lacks the capacity.

How the board intends to make a fair decision while Nairobi Hospital and the Doctor who handled the patient before her death leaves a lot to desire. They’re clearly persons of interest and without their inclusion it’s apparent a predetermined decision to punish the said doctors is set.

Related Content:  ‘Shylock’ Mwananchi Credit On The Spot Over Rampant Breach Of Loan Interest Agreement With Clients
Kenya Insights allows guest blogging, if you want to be published on Kenya’s most authoritative and accurate blog, have an expose, news TIPS, story angles, human interest stories, drop us an email on [email protected] or via Telegram
Related Topics:
Up Next

Jacque Maribe Could Be Charged With Murder And Face Life Sentence