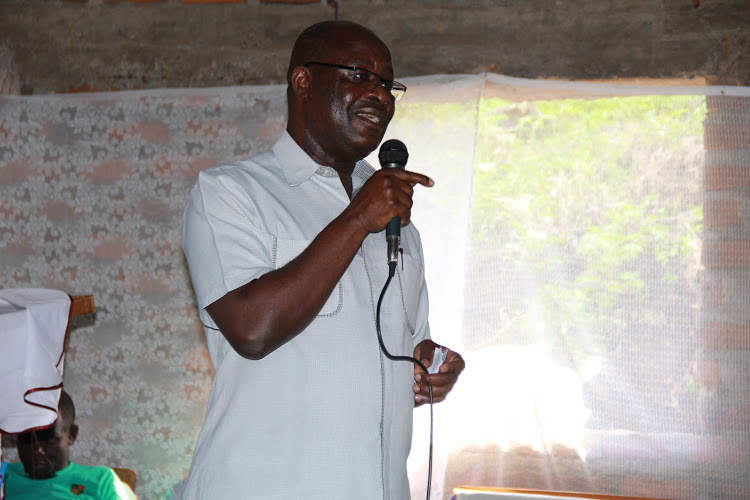 Corrupt Homa Bay county secretary Isaiah Ogwe has gone into hiding to avoid a possible arrest by Ethic and Anti-Corruption Commission detectives. Ogwe became a wanted man after EACC officials confiscated his vital documents to aid the probe into his proceeds of corruption.

Ogwe who attributes a recent raid into his home to his political rivals like the Women representative Gladys Wanga has switched off his phones to stay off the EACC radar.

Both Wanga and Ogwe are eyeing the Homa Bay gubernatorial seat in 2022 but the latter became a controversial figure due to the numerous corruption cases he is facing. Other than EACC, the Directorate of Criminal Investigations (DCI) is also perusing him over the theft of Sh2 billion from the county coffers.

Investigation into the Sh2 billion raid has seen him being summoned to appear at the DCI Headquarters along Kiambu Road, Nairobi, for questioning. The then finance and economic planning CEC David Okeyo, accountant Noah Isoche and Joseph Rading among those questioned alongside the tainted secretary. 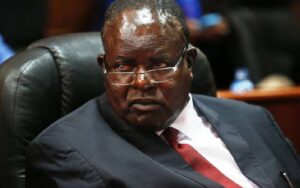 The the recent raid into his home has drawn mixed reactions since Ogwe was considered an untouchable officer in Governor Cypian Awiti’s kitchen cabinet.
He is also part of the powerful looting cartels which is responsible for the sluggish development in Homa Bay county where billions of public funds are channeled to the pocket of rogue officials at the top.

The Homa Bay secretary for instance has ensured that his loyalists are planted in plum positions at the procurement docket to aid his looting schemes. He is also manipulating the procurement office under the watch  of deputy governor Hamilton Orata, another 2022 gubernatorial aspirant.

Related Content:  Revealed: How A Worried Safaricom Used Backdoor To Shutdown Bitcoin Which Was Set To Neutralize Mpesa Dominance In Kenya

He is accused of being behind the fall-out between Awiti and DG Orata as part of his scheme succeed Awiti against other corrupt individuals including the former governor of Nairobi Dr. Evans Kidero and Suba South Mp John Mbadi.

Kenya Insights allows guest blogging, if you want to be published on Kenya’s most authoritative and accurate blog, have an expose, news TIPS, story angles, human interest stories, drop us an email on [email protected] or via Telegram
Related Topics:Cyprian AwitiHoma Bay countyHoma Bay county secretary Isaiah OgweLooting in Homa Bay
Up Next