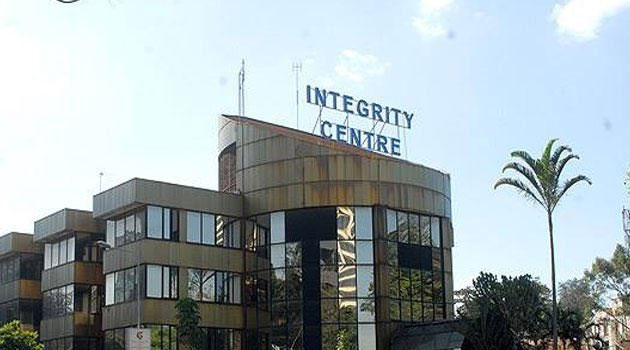 According to EACC’s Chief Executive Officer Twalib Mbarak, the officials and suppliers conspired to ensure they irregularly receive multiple monthly salaries and used companies associated to them to steal public funds. 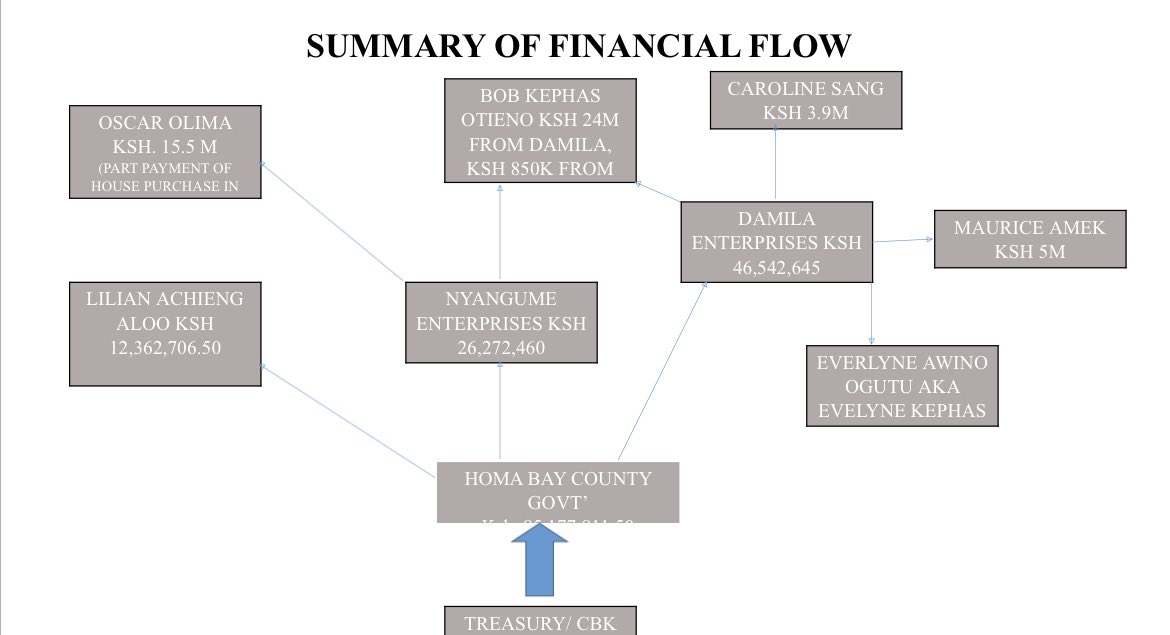 Others are directors of Damila Enterprises David Obonyo and Lilian Achieng.

EACC said it is preparing to charge suspects with other counts including unlawful acquisition of public property, dealing with suspect property, stealing and money laundering.

EACC CEO Twalib Mbarak said investigations by the agency established that the employees are also directors or are directly linked to the companies suspected to have received payments from the county.

The said individuals are accused of receiving county cash through companies trading as Nyangume Enterprises and Damila Enterprises for no supplies made to the county.

Nyangume Enterprises received Sh26.2 million, while Damila received Sh46.5 million from Homa Bay County Assembly accounts, yet they did not deliver any goods or services to the county.

PRESS RELEASE – ARREST OF SENIOR OFFICIALS OF THE COUNTY GOVERNMENT OF HOMA BAY AND OTHER SUSPECTS INVOLVED IN ALLEGED EMBEZZLEMENT OF PUBLIC FUNDS pic.twitter.com/HEOxxIA154

EACC said its probe revealed that Kephas received Sh24.2 million from Damila and another Sh750,000 from Nyangume.

Lilian Aloo, the wife of the former Equity Bank branch manager, received Sh12.4 million from the county narrated as salary yet she was not an employee of the county.

Sang and Amek, for their part, received Sh3.95 million and Sh5 million respectively from Damila Enterprises as benefits.