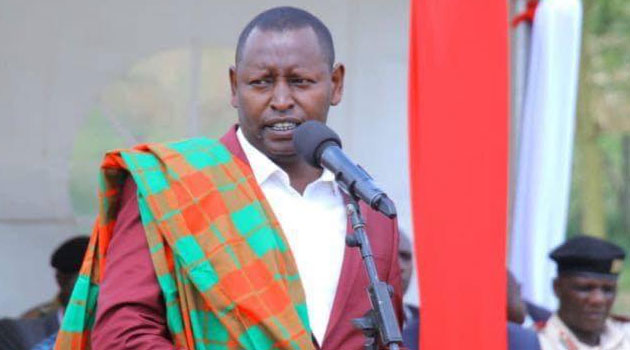 Samburu Governor Moses Kasaine Lenolkulal paid out Sh87.6 million to his own fuel company, Oryx Service Station to supply his county government with petrol and diesel from 2013 to 2019.

The Assistant Director of Public Prosecutions Alex Akula told the the anti-corruption court in Nairobi on Wednesday that 42 witnesses will testify that the Samburu County government lost millions of shillings via the supply of fuel by Oryx which is linked to the Governor and Hesbon Ndathi, his friend.

The head of the county treasury Joseph Mayani, the first witness, confirmed to the court that the governor traded with the county government. The prosecution says it has evidence that the transactions were done through payment vouchers and other documents in their possession.

Mr Mayani told the State Counsel Wesley Nyamache that the Samburu County government was sourcing services of Oryx service station directly. “There was flow of funds into the company’s bank accounts from the county government of Samburu,” the court heard.

The  witness also produced several payment vouchers, invoices, local purchase orders and other documents that were used in the transactions.

In what is a worrying trend, Netizen crowned “Governor of the year”  Makueni Governor Kivutha Kibwana was recently in trouble for awarding a Sh4 million family planning and youth empowerment tender to Nazi Kivutha, His wife. Moses Kuria, Gatundu South Member of Parliament was also in trouble recently for allegedly awarding Sh100 million from his Constituencies Development Fund (CDF) to his close family and friends during his first term as MP.

Mr Lenolkulal becomes the latest governor to be barred from accessing his office. He is now facing four counts on abuse of office and conflict of interest.