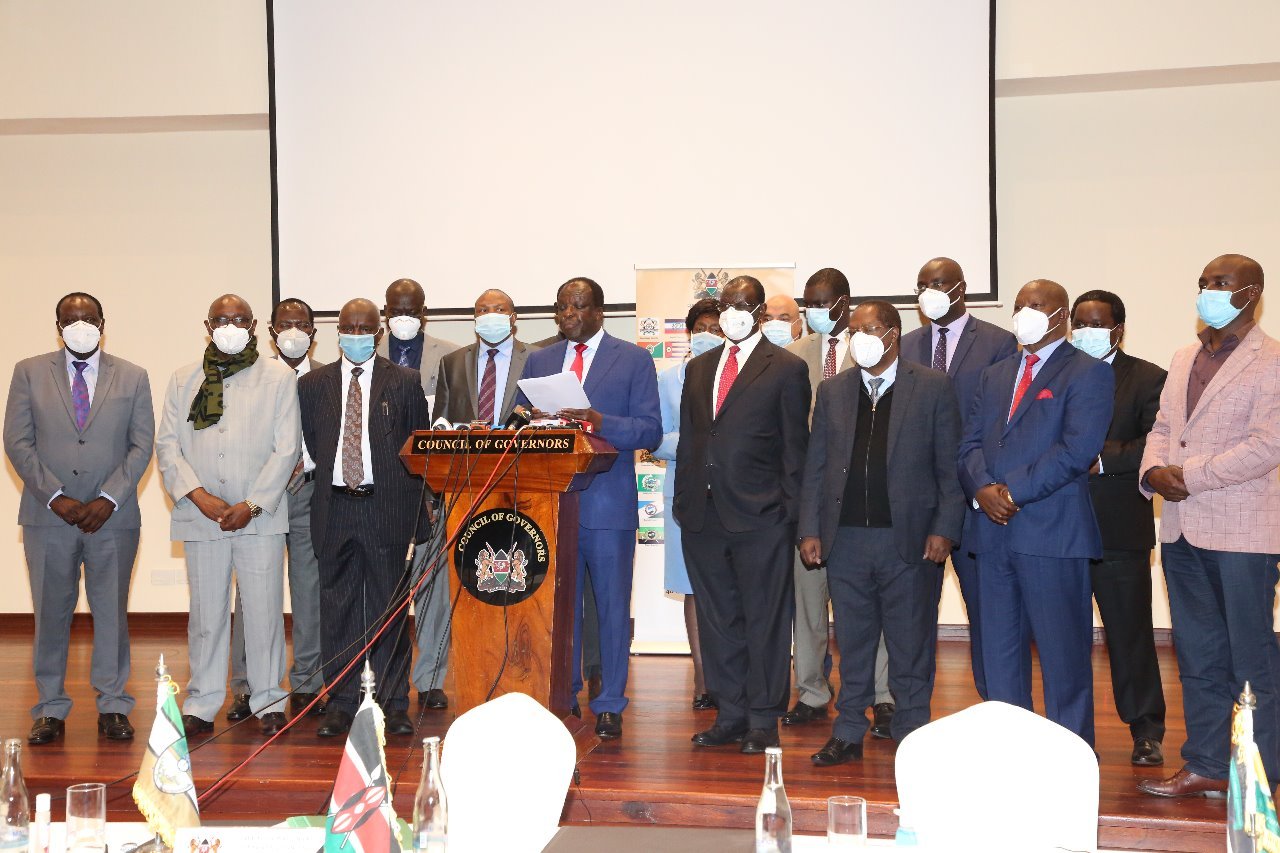 Council of Governors are playing a similar card in streamlining the media to sing their songs. With full knowledge that media houses depend on ads to keep running, the council has resolved to withdraw all their adverts from Nation Media Group following publication of a story that they deem was damaging to their reputation.

“There has been deliberate effort to malign governors  and portray them as corrupt, inept and to run their counties especially by the NMG as evidenced on Daily Nation newspaper headline of 8th September 2020 captioned “eight governors on graft hit list.” Reads part of the statement seem by Kenya Insights.

The council insists that the reports lack merits and intentions only known to NMG.

In resolution, the governors said “henceforth, no county government shall advertise with NMG merchandise until the situation is rectified.”

He went further to send warning to other media houses, “any other media house that will carry salacious stories about governors without verifying and therefore misinform the public and portray the governors in negative light without any truth will face similar treatment.” Warned Oparanya.

This simply amounts to controlling the media and curtailing the freedom of the press. Counties are the biggest ad revenue contributors to the media houses and they’re now using that as a leverage to bargain for favorable media coverage.

Audit reports have shown counties as rotten with scandals running down coffers amounting to billions. It’s not a secret that a good number of governors are under EACC probe with a good number arrested and charged already.

The CoG are now using GoK tactics of threatening withdrawal of advertising revenues from media houses that carry stories they don’t like. This shouldn’t be allowed. The money does not belong to them but the public- which has the right to be informed about Governor thieveries. If governors don’t want oversight then they shouldn’t want the public’s money too.

This is also an opportunity for independent blogs like Kenya Insights to tell the stories that the governors want hidden from the public. For us we’re ready and will not hesitate to blast a scandal in any county that we receive, investigate and find credible.