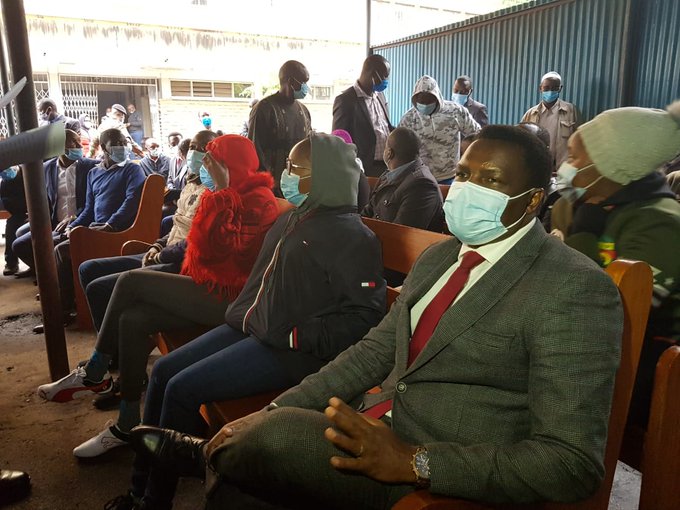 Tharaka Nithi Governor Muthimi Njuki has been released on a cash bail of Ksh 6m and barred from accessing the County Government offices.

Muthomi was released by Chief Magistrate Douglas Ogoti after pleading not guilty to graft charges.

He is charged alongside 21 other suspects with conspiracy to commit an offence of corruption of over Ksh 34 million.

Other charges include fraudulent practice in procurement practice, conflict of interest, abuse of office, willful failure to comply with laws and applicable procedures and guidelines relating to procurement.

According to the DPP, Westomaxx Investments Limited, a company that had submitted fraudulent documents was awarded the tender at a cost of Ksh 34,998,500.00.

EACC has further said that the project was procured, implemented and commissioned without an Environmental Impact Assessment and license from the National Environment and Management Authority.

Ogiti further ordered the Governor to surrender his passport as well as copies of his ID card and warned him against communicating with witnesses.

Kenya Insights allows guest blogging, if you want to be published on Kenya’s most authoritative and accurate blog, have an expose, news, story angles, human interest stories, drop us an email on tips.kenyainsights@gmail.com or via Telegram
Related Content:  Report: Lawyer Khayega Barclays Bank, Housing Finance, DTB, I&M Used In Laundering Kenya Pipeline Loot With MD Joe Sang Networth Estimated At Over Billion
Related Topics:
Up Next

Obure Was Seen Around Omwenga’s House Just Before He Was Shot, DPP Says Office CCTV Doctored