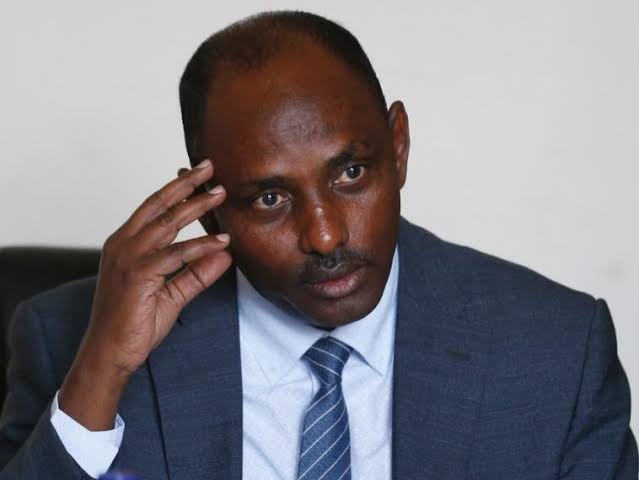 In September 2014, a biometric exercise was conducted to determine the official number of employees included in the government’s payroll list after an audit report poked holes. The government was spending Sh1.8 billion annually in salary payments to ghost workers.

Uhuru Kenyatta presided a cabinet meeting with officials of the Anti-Banking Fraud Unit, DCI, EACC to launch an investigation regarding the ghost worker scandal at that time, Anne Waiguru was the Devolution Cabinet Secretary announced that over 12,500 individuals who didn’t show up for the biometrics exercise were expunged from government’s payroll list.

“Cabinet directed the immediate investigations following revelations in the just-concluded Human Resource Audit, under the Capacity Assessment and Rationalisation in the Public Service (CARPS) programe, that there were in excess of 12,000 staff who were unaccounted for at conclusion of the exercise,” the government said in a press statement that time.

And earlier today, the Treasury CS Ukur Yattani announced that ghost workers have returned to the national payroll. How? Well, perhaps, they were never expunged even after the then CS Waiguru announcing that more than 12,000 had been purged.

Acting Treasury Secretary Ukur Yatani stated that weak payroll systems at both county and national government levels had made it easier to manipulate the payroll to include ghost State employees.

“There is a problem with weak payroll management systems. A number of payrolls are still populated with ghost workers earning money from the Exchequer and yet they cannot be found,” Mr Yatani said yesterday at a press conference in Nairobi.

According to a preliminary audit by the retired Auditor General Edward Ouko, majority of the government ministries, State-owned agencies, and commissions that employ large numbers of staff and are losing millions as salaries of ghost workers.

Related Content:  Babu Owino: Ruto Should Resign And Must Be Arrested

Which counties and public agencies are these that are hiring? The only people I have been seeing get employed in this Uhurunomics are the aged. The President is appointing nonagenarians who have, by age, naturally lost their senses and memory! The government said is freezing new hiring, how do you freeze something that isn’t there?

“Right now we have so many public servants who can’t give you their job description. Playing second fiddle to productivity has to stop,” said SRC vice-chairperson Dalmas Otieno.

In 2014, Kenya had 732,000 employees. Today, Kenya has an estimated workforce of 842,000 including the civil service, teachers, parastatal employees, and State-owned companies employees.

Kenya Insights allows guest blogging, if you want to be published on Kenya’s most authoritative and accurate blog, have an expose, news TIPS, story angles, human interest stories, drop us an email on [email protected] or via Telegram
Related Topics:ghost workersTreasuryukur yattani
Up Next