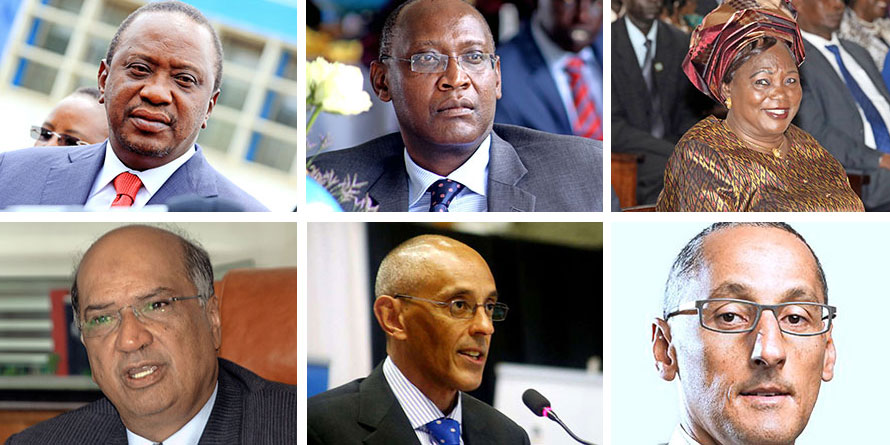 NCBA group, formed after CBA Group merged with NIC Group has risen to rank as the fourth largest in terms of absolute profits after overtaking DTB Group and the local branches of Standard Chartered Bank and Barclays Bank. The bank reported a total net profit of Sh7.7 billion in the nine months to September. This is a spike of 17.3 percent compared to Sh6.5 billion the year before.

Just who owns NCBA? here’s a list of significant stakeholders in no specific order,

Mr Naushad Merali has a significant stake with his ownership in the listed bank standing at 2.9 pc and is worth about Sh1.5 billion.

Mr Muhoho Kenyatta, holds a direct stake worth Sh400 million in NCBA. He also holds other shares in the bank indirectly alongside other members of the presidential family whose total ownership in the lender is estimated at 13.2 percent or the equivalent of about Sh6.8 billion. His direct stake in NCBA now stands at 0.77 pc. The Kenyattas became shareholders in the lender after buying out Bank of America between 1984 and 1992.

Former Cabinet minister Simeon Nyachae who held shares in the former CBA Group has now emerged as one of the leading shareholders of NCBA Group with 8.6 million shares worth about Sh300 million. The politician had 3.1 million CBA shares that converted into 8.6 million shares in NCBA. His direct stake in NCBA now stands at 0.57 pc.

The family of the late Philip Ndegwa, which controlled NIC with a stake of 25 percent before the merger, held 6.6 million shares in CBA that were converted into 18.2 million shares of NCBA and which have a current market value of Sh631 million. The merger saw the Ndegwa family (James Ndegwa and his brother, Andrew Ndegwa) emerge with an NCBA stake estimated at 12 pc and valued at Sh6 billion. The Ndegwa family, acquired their initial 12 pc stake in NIC between 1993 and 1996 by buying shares from the lender’s previous owner, Barclays Bank of Kenya.

Related Content:  Rogue Landlord Subject Kileleshwa Residents To High Insecurity On Account Of Being Forced To Pay Rent In Cash

NCBA’s profitability is expected to rise in coming years as the merged entity cuts costs.