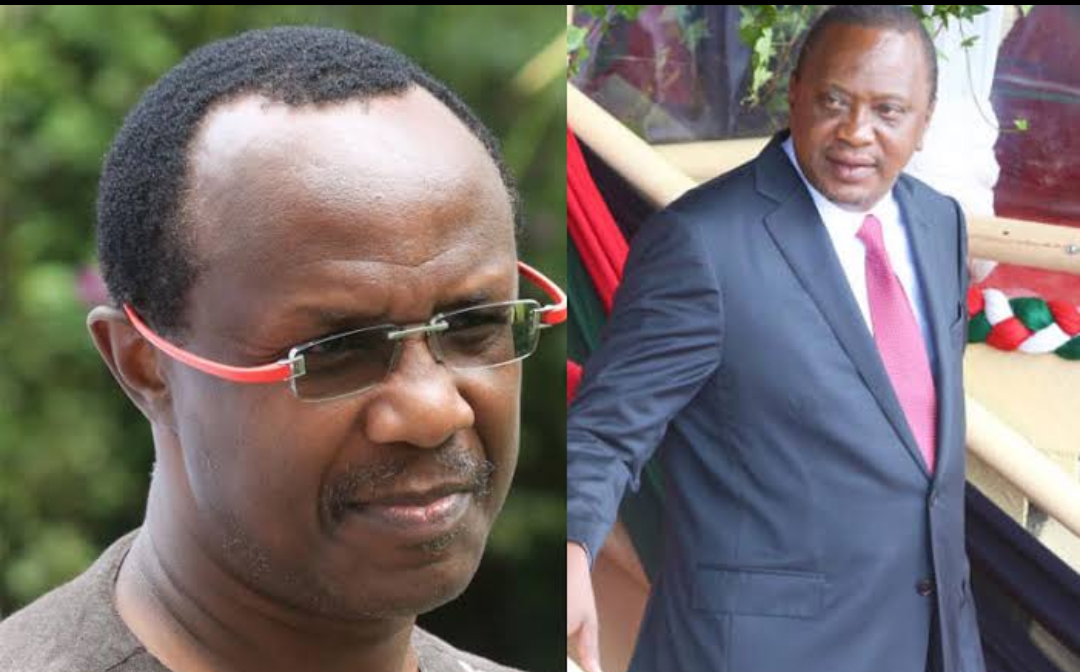 Senior Economist David Ndii has rubbished off chances of him working for President Uhuru Kenyatta’s administration as Finance Cabinet Secretary.

Ndii’s declaration comes a day after the arrest of Treasury CS Henry Rotich.

Rotich, if he won’t resign, could probably be fired by Uhuru after DPP Noordin Haji linked him directly to the alleged loss of more that 19Billion meant for the construction of Kimwarer and Arror dams in Elgeyo-Marakwet County.

Earlier In April, President Uhuru said that he will only sack those prosecuted in accordance with the law.

“I must, however, caution that the pursuit of the corrupt will be undertaken strictly within the remits of the law, and not through vigilante justice and pitchfork protest. Though media narratives rally our resolve as they should, our actions will not be based on condemnation before one has been heard. The cornerstone of our democracy is the rule of law, and the principle of due process is a critical anchor.” President Kenyatta said.

“It is not enough to merely jail and fine those who have looted our public coffers. The wealth they stole from Kenyans must be returned to its owners, the People of Kenya with the clear message being that Corruption does not pay,” President Uhuru added.

CS Rotich was today arraigned in court alongside PS Kamau Thugge, in what is believed to be a move that could lead Cabinet reshuffle.

With that out, David Ndii, one of loyal supporters and strategist of the former Prime Minister Raila Odinga has once again turned down requests and suggestions to take over the leadership of the Treasury.

According to Ndii, Uhuru’s regime and reign is and will always remain illegitimate.

Public Notice
I’m not available to work for Uhuru Kenyatta’s corrupt illegitimate govt. Those thinking corruption/ economy can be fixed in Treasury are gravely mistaken. National crisis will persist until a financial implosion or Jubilee is out of power whichever comes first. https://t.co/CITItnPmEr

“Public Notice: I’m not available to work for Uhuru Kenyatta’s corrupt illegitimate govt. Those thinking corruption/ economy can be fixed in Treasury are gravely mistaken. National crisis will persist until a financial implosion or Jubilee is out of power whichever comes first,”

David Ndii was responding to a tweet that had proposed him for the Treasury job.

The handshake is working and am fronting @DavidNdii as our next CS Treasury…the president needs an honest gentleman who knows and understands economics…..we can't borrow to prosperity.

Ndii is one of, if not, the best economist in the country and also has international recognition in the same field of profession.

Kenya Insights allows guest blogging, if you want to be published on Kenya’s most authoritative and accurate blog, have an expose, news TIPS, story angles, human interest stories, drop us an email on [email protected] or via Telegram
Related Topics:David NdiiRaila OdingaTreasuryUhuru Kenyatta
Up Next