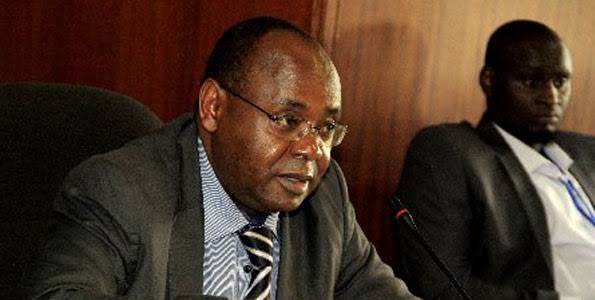 The socialites-loving Simiyu has gone underground, and is probably on the run, after conning a company a whopping Shs 100 million in the pretext of securing it a tender at GDC

The socialites-loving Simiyu has now gone underground, and is probably on the run, after conning a company a whopping Shs 100 million in the pretext of securing it a tender at GDC.

Simiyu who styles himself as a fundraising consultant and geothermal energy expert convinced the owners of the company (identity hidden) that he would secure them the multibillion tender.

He claimed that he was still influential at GDC and could decide who gets what tender. 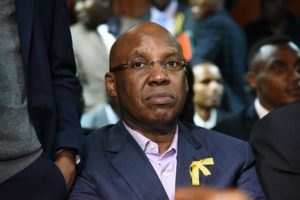 The owners delivered the money (in Kenyan denomination) to Simiyu’s hideout in Lavington, Nairobi just a few days before 2018 Christmas.

Our investigations revealed that the money was delivered to Simiyu in a pickup.

We also confirmed that Simiyu, who spent years living in a hotel in Upperhill area, spent the money on a villa in the upmarket Lavington estate.

After receiving the money, Simiyu stopped taking phone calls from the company directors.

The directors were later shocked to learn that Simiyu was double crossing them and also taking money from a rival firm.

Simiyu was in 2015 arrested by EACC and charged with corruption over the irregular procurement of Rig Move Service in the 2012/2013 financial year.

Simiyu was also accused of abuse of office and failing to ensure proper management of public funds.

GDC is set to carry out the groundbreaking ceremony for the first of the 3 power plants to be constructed by independent power producers at the Menengai Geothermal Project.

Simiyu has been bragging to anybody who cares to listen that he was behind the successful tendering of all the three companies.

Simiyu’s reign at GDC was ridden with corruption and sex scandals.

Not only did he become a spanner boy for renowned wheeler dealer Jimi Wanjigi, Simiyu also slept with most female employees in the company.

Wanjigi actually bought Simiyu the then top of the range Toyota Land Cruiser VX worth over Shs 11 million.

In return, Simiyu ensured that only the Chinese firms represented by Wanjigi scooped the multibillion contracts at GDC.

He was also known as a womanizer who only promoted the ladies he had bedded.

Top of the lsit of employees he bedded included Lydia Odhiambo, tecla Mutie, Marietta Mutonya and a Miss Sylvia.

FEMICIDE: How Nicholas Koskei Killed His Wife In Elementaita Lodge and Is Still Free