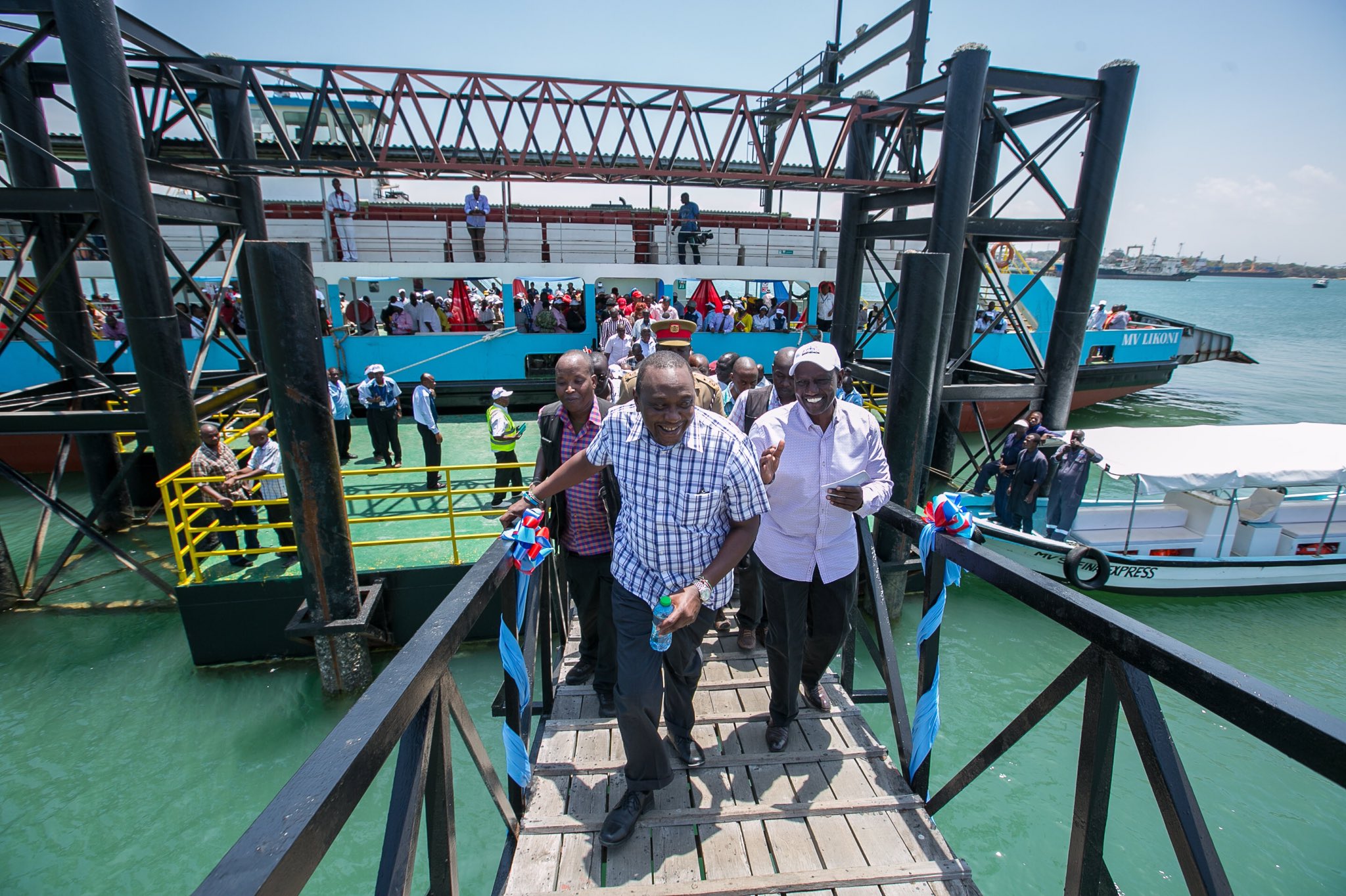 The woes of commuters in Mombasa are not over despite the introduction of two new ferries launched by the President at the Mtongwe channel. Solutions to the problems bedeviling ferry users at the Mtongwe and Likoni channels have been proposed in various studies conducted by the government over the years.

They include reports presented to the Mtongwe Ferry Disaster Commission of Inquiry into the 1994 tragedy that claimed more than 250 lives after a vessel capsized.

The studies propose that bridge, a tunnel or a by-pass would provide an ideal solution to the congestion problem at the Kilindini Channel.

Recent incidents involving the stalling of ferries have raised questions as to why the government is not interested in implementing these recommendations.

For many years, the government has toyed with the idea of either building a bridge across the Likoni crossing or a by-pass at Port Reitz creek.

The media has frequently reported cases of stampedes due to congestion and near-disaster scenes at the channel. There is a need to put politics aside and examine the Likoni channel from a professional technical perspective to find a lasting solution.

We could copy the example of Japan, which had a strong taste of a technological breakthrough. This was prompted by a disaster in 1955 when two ferries sank in the Akashi Strait, killing 168 children.

It was a tragedy that sent the Japanese authorities back to the drawing board to prevent another tragedy. The government chose the option of a suspension bridge. Considering the challenges, the task seemed impossible.

First, the Akashi waterway experiences severe storms and earth tremors. The second problem was that the strait served as an international waterway, with hundreds of ships using the channel every day.

Related Content:  Kenyans Beware! Covid19 Is Not Your Relative and so is Your Government. They both dont care.

But the Japanese went ahead and built the mega-structure Akashi-Kaikyo Bridge. There was no need for politics or technophobia.

The Japanese started the bridge construction in April 1986. The government engaged thousands of engineers, civil works workforce, and contractors.

The result of this commitment was a relief from dangerous ferry crossings and a smooth ride on the world’s longest suspension bridge, which opened to the public in 1998.

The unique design can withstand earthquakes of a magnitude of up to 8.5 on the Richter scale, harsh sea currents, and strong stormy winds.

The suspension bridge has a clearance of approximately 67 meters, and any ship of any size can comfortably pass under the Akashi Bridge. Closer home, Tanzania has constructed the biggest suspension bridge in East Africa named after the founding father, Nyerere. The Kigamboni Bridge measuring 680M built at a $136M (Sh14B) links the Dar es Salaam City and has phased out the similar problems presented by ever failing ferries. The six-lane suspended bridge has significantly impacted tourism with eased movements. Kenya’s economy is comparatively above Tanzania’s.

The officials at the Kenya Ferry Services (KFS) seem bent on avoiding technological advances. There is a need for a proactive plan and a clear focus on the future. The traffic (both human and vehicular) is increasing steadily. A short-sighted view of increasing the number of ferries crisscrossing the channel might boil into a conflict with the port operations considering that Likoni is a shipping gateway.

This challenge results in unprecedented congestion and delays. The situation is made worse by obsolete, inefficient, and risky ferries. Imagine the disaster if one of the ferries stalled midstream in the path of an incoming ship! If the number of ferries is reduced, as is frequently the case whenever they are taken out for maintenance, the risk of overloading is high.

There have been instances when commuters become impatient and disorderly. The human traffic regulation exercised by KFS can only be sustained by a continuously smooth dispatch of commuters by the ferries. A breach in practice spells danger.

Overloading contributed in part to the tragedy of mv Mtongwe in April 1994, in which more than 270 people drowned and hundreds of others were injured.

The Japanese tackled the challenge head-on, without corruption and political interference. Kenyans are facing a problem on the Likoni channel, but are always on the defensive with excuses that new ferries would be introduced. This should cause concern because the situation is a looming danger.

According to KFS plans, the Likoni channel will remain the same in the distant future. The corporation has maintained that studies have been carried out and that they ruled out the erection of a bridge. The reasons for this are not substantiated.

Could it be that some people want to maintain the status quo because it is benefiting some individuals currently, and this would not be the case if a long-term solution were sought?

Some suggestions have been floated about developing an alternative route — the Dongo Kundu bypass — to accommodate the increasing traffic. But there seems to be nothing being done to show that this could be considered seriously.

Marine experts and other players are still convinced that it’s only the proposed bypass at Dongo Kundu and the Likoni-Ukunda road near Ngombeni that will provide a permanent solution to the erratic ferry services connecting the North Coast and the South Coast, a marine expert has said. Experts say only three ferries are allowed to operate at a go to avoid accidents due to the turbulence of water caused by propellers of the vessels.

Related Content:  In Bobi Wine, Museveni Messed With The Wrong Person As Africa Gangs Up With Kenyans Taking Lead On Twitter For His Freedom

Increasing the number of ferries is not a solution since rules do not allow three ferries to dock on the ramp at the same time. Experts say that either a bridge at the Likoni crossing, a by-pass at Dongo-Kundu or both will solve the agony of crossing the Kilindini Channel using ferries.

Alternatively, an undersea cable or a suspended bridge would do a great deal in easing the congestion and challenges presented by consistent ferry failures in Mombasa. These delays often have a direct impact on the tourism sector with South Coast being a fertile field.

According to reports by Mombasa Governor, The French government had offered to fund and construct a bridge at the Likoni tunnel but for whatsoever reasons, The government frustrated the efforts by awarding a Japanese firm designing and construction tender. Years later there’s nothing much to write home. Being a political season, launching of projects at Mtongwe ferry which has been deliberately delayed since December, bags you political points but as a long term solution, Mombasa needs bridges more than it needs the ferries.