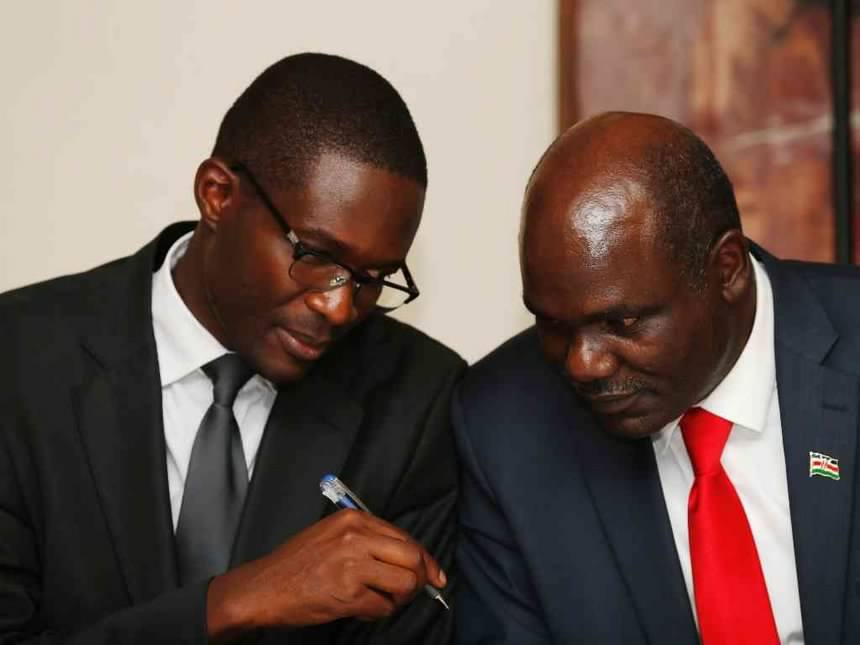 NASA has made its position clear that they’ll be running a parallel tallying of votes from their nerve center to be stationed in Nairobi as a measure in counter checking the results of IEBC. The opposition has been instrumental advocating for the electoral body to deliver a credible and open election with rigging claims painted on IEBC. They’ve accused IEBC of being in bed with Jubilee in a grand scheme to steal the elections.

IEBC Chairman Wafula Chebukati has gone on record saying such a move won’t be tolerated as IEBC remains the sole body mandated to conduct and announce the elections results. It is not unusual that his sentiment has been echoed by the Jubilee quarter who are also against the idea of NASA running a parallel tallying center terming it unconstitutional.

Ironically, in the 2013 elections, Jubilee had a parallel tallying center which ran hand in hand with IEBC. During the elections petition, it was also revealed that Jubilee shared same servers with IEBC which they were accused of hijacking and eventually manipulating results. It is, therefore, laughable on their U- Turn on NASA plan to run the same system. By the way, you can take this to the bank that whether legal or not, Jubilee will still have a parallel tallying center this election.

No law objects parties or any entities interested in the election from compiling the results. If anything, parallel tallying will help to verify the end results announced by IEBC. Several local and international monitoring bodies shall be doing the same parallel tallying for counter verification and report compiling, this has been the norm all along. IEBC should not be scared if they have innocent intent in this election.

The results that will be relayed to the parallel tallying center are the same that will be announced by the Presiding or Returning officers in respective IEBC tallying centers and video evidence taken to accompany the same, so unless they intend to play monkey trade with the results them, there’s nothing really to be scared of?

That said, NASA and any other party planning to run a parallel tallying center must keep in mind that it is only IEBC that’s mandated to make final and official results. If they’ll use their data to make final tally and relay to the public and in a case differs with IEBC’s, then that will be a recipe for disaster. Parallel tallying should only be for ensuring a transparent, credible, open and verifiable election. Anything done outside the box will be in bad faith.

IEBC must not be scared of being held accountable and most importantly counter checked to deliver a transparent election. Kenya Insights has also learned of plans by the electoral body to disable from their online portal, live results transmission as it has been, besides there are also plans to ban media houses from running parallel and live votes transmission.

The secrecy and hideous tendencies by IEBC in this election are casting more doubts on transparency than ever. Citing security reasons is balderdash because of anything, The key to peace is conducting a free, fair, open, credible and verifiable election, anything outside that is like a kid playing with his father’s testicles, playing with fire. IEBC owed Kenya just one favor, and that’s not these blinding games; give incredibly credible poll, period!

Related Content:  Coronavirus:David Ndii Dares Uhuru To Resign And Be Given Two Weeks To Save Kenya Or Be Executed In Public If He Fails
Kenya Insights allows guest blogging, if you want to be published on Kenya’s most authoritative and accurate blog, have an expose, news TIPS, story angles, human interest stories, drop us an email on [email protected] or via Telegram
Related Topics:
Up Next

Opinion: Raila As The Flagbearer Is NASA’s Only Sure Bet On Defeating Jubilee Early In The Morning