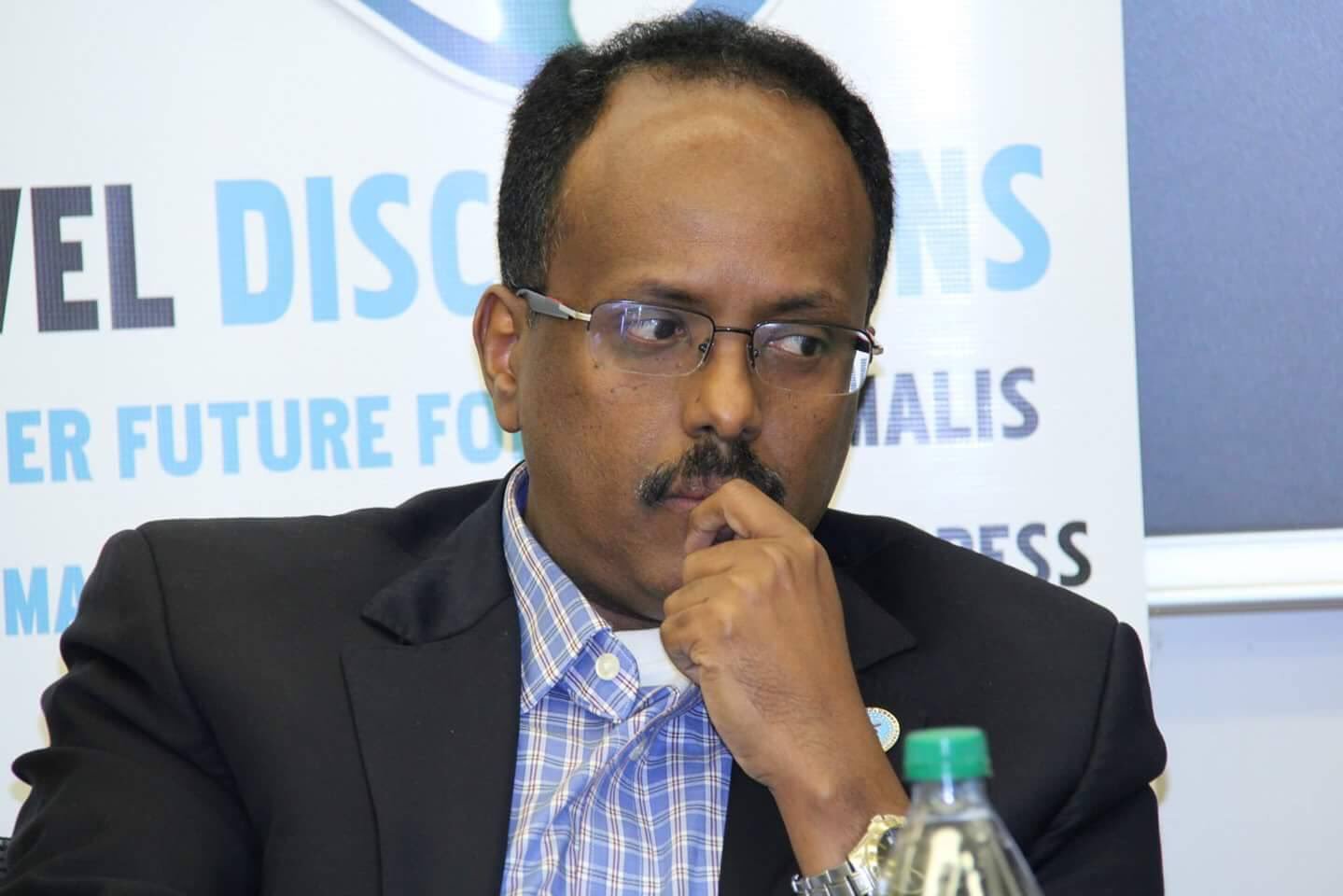 When one eye closes get shades for the remaining one, the Somalian way MOHAMED ABDULLAHI, alias FARMAAJO has been elected the 9th Somalia President. This is after the second round of the election. President Mohamed alias FARMAAJO is a clean light towards Somalia’s rebirth. @farmaajo2017 as he’s known on twitter, the former premier has once again triumphed. This is historic to Somalia but so sudden to the war mongers in the Somali nation.

The son of an activist, FARMAAJO grew up politically. Has his veins filled by activists blood. The true son of Mogadishu. The real man of the South of Somali. His father, believed to be amongst co founders of SOMALI YOUTH LEAGUE, the nations oldest political party, was an active member. FARMAAJO grew up behind his fathers feet’s and sweet. He understood what the old man hard to go through to bring them food. What the old man had to shed to stabilize the nation. Despite sabotage, he triumphed.

President Mohamed Abdullahi started HISTORY. He’s a historian who indeed understands the history of the war toned nation. Being a US citizen, is an added advantage to his Education. That was before the USA showed the world that its selfish with selfless laws and leadership. He, has a clear political picture of the U.S. he’s the one who need to turn, his now, people mindset from the west and particularly U.S to building their own. Despites so may issues, FARMAAJO needs to avoid the West. There will be so many issues arising from such, but he need to borrow a leaf from RWANDA. They depend less and far lesser to the U.S despite the world bank sitting of its currency. Back to the real matter, @Farmaajo2017 need to up his belt and shut the mess up.

FARMAAJO as so many of his friends call him. Indeed he has a lot, to earn a universal alias. President Mohamed Abdullahi need to work on the Somalia’s ECONOMY. The key pillar to his now, nation. There is no enough flow of cash in the state. No businesses no business peoples, at least legal ones. The markets is run by cartels and international scammers who ruin the economy with fake goods. Illegal import to the country by illegal merchandise folks. Stabilizing the country is by marking its economy strong. The people are the economy. You bring them together and have a national cohesion, the nation will stabilize in the lightening speed.

The Somalia nation operates majority in $. This is so damn bad for the nation. The Somalian shilling is so deplorable in comparison to the 4 dollar. The $ is so volatile to the Somalian shilling. The president need to start printing the Somalian shilling and flow it throughout the nation. Somali’s need to get used to transacting in their own currency. No one will come in to stabilize their shilling, they ought to be so patriotic to their shilling and presidency. All business should be prioritized to the use of shilling. This will take time to stabilize but that’s the way to go. It has taken so long to have a shred of peace too.

Its high time sons and daughters of Somalia unity, work and reconcile together. For the sake of their own nation and their newly elected president @farmaajo2017. The Somalis have been dispersed to the world for over a decade. Some been born in the foreign nations and some have grew up knowing no nation other than that they’ve been refuges in. The world can hold more of her people, but the nation of Somalia is too big for her over 3million believed refugees. Kenya hold the majority of the recently affected ones. This is by the in fused communal conflicts back then. President Mohamed needs to make his nation safe for all. Work on mechanism to repatriated the refugees. This will be done on their wishes. So many recorded refugees are believed to be illegal immigrants. Having so many dispersed people with either fake or no papers at all, is so disastrous for the nation. Once @sFarmaajo2017 creates a safe and peaceful nation, that’ll be his genesis of prosperity. Somalia can be such a strong nation in Africa and even the world. Somalia needs peace and peace needs Somalis. It’s a saw heads, peace will cut from both ends.

Somalia has one of, if not the most insincere neighbours you’ll ever have. Un trusted. Unbelievable. No co operating. Somalia’s neighbours have their forces inside AMISOM. The aim is to defend the country but so many allegations have been brought up by now. From both sponsoring to harboring the war masterminds. Recently the KDF forces were attacked in their temporary base. Scores died which KENYA denied and painted it as propaganda. Sources on the ground now calling KENYA DEFENSE FORCES an alias name of Kenya Defeated Fronts. Uganda has hand in sabotage and Ethiopia laughs with no one. Djibouti is allegedly believed to be the one importing in the arms. Kenya is harboring suicide killers and masterminds of war.
The victory of president Mohamed Abdullahi has ignites the big fire of Eastleigh , Nairobi, Kenya. Scores are out chanting victory songs. Polices deployed in estates and as predicted, power being switched off intentionally. Today lots of just happy Somalis will be arrested from the normal police discriminations. Having no papers is the biggest problem. South C is having black-outs in intervals. The Somalia elections should be a clear challenge to its neighbours.

fake infested war in Somalia. Its about time the president elect Mohamed Abdullahi should have his think tanks ready. Source out all the sympathizers and donors. The war in Somalia is set to make it unstable forever. The U.S always has the benefit in this war. U.K is being painted as the main enemy, but you cant choose your neighbor. Non is safe with this war. Radicalized idiots whore working for theirs gods and goddesses should be done away to maximum prisons or hung. Somalia can be a super power in Africa. Has the best businessman. Has brilliant beaches. Has the awesome population for higher niche. They can work smart and overtake its neighbor who exaggerate the valuation of each of their projects. This is a fake war by so called super nations to siphon out the Somalia pride.
Please Mr. president Mohamed Abdullahi, there is no war in Somalia. The sarcasms in your country is created and sponsored by superpowers to benefit from your country. This is planned to stop after they’ve siphoned out all of Somalia pride and belongings. They’ll leave your country poor. They have your country on their knees, so that Somalia will surviving only by their mercy. Its about time to work smart to root out all this foreign chaos mongers and have a working nation that is independent. Thanks.