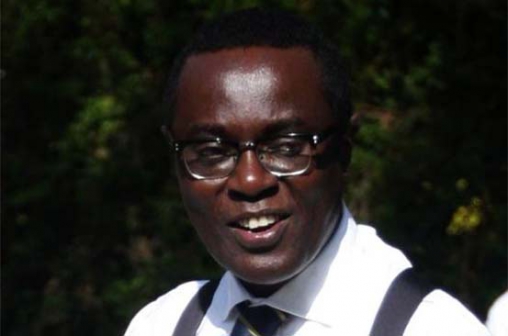 In the first installment of these postings, I examined the ‘Tyranny of Numbers’ myth. The reverse logic is that what Mutahi Ngunyi foresees as being perpetrated by Raila is exactly what he, Mutahi, and his clients have planned to execute, not Raila. Once you have this reverse logic then it follows that measures must be put in place to ensure that the foreseen circumstance materializes and therefore self-fulfilling.

Mutahi Ngunyi is therefore preparing us for “A state of unrest, bordering on war” which “must be precipitated” and where “Hostilities must be manufactured and escalated to a boiling point.” In the current Kenyan context, the only entity capable of prosecuting such a doomsday scenario is the state. It would appear then, that we are being primed for some form of state-inspired and/or abetted violence before, during or after the 2017 General Elections.

This is expressed as “Something more dramatic must propel him (Raila) into this position (‘forced’ Prime Minister”). Why the ‘forced’ Prime Minister” narrative? Kenyans are emotively alive and easily relate to the circumstances leading to the National Accord which established the Grand Coalition Government following the 2007/2008 Post Election Violence. In that arrangement Raila was a Co-Principal and Prime Minister. So according to Mutahi’s narrative, Raila is using a repeat strategy to become ‘forced’ Prime Minister’ again. I know Raila he is not the type who uses the same strategy twice. He always has a surprise element in his strategems. One does not have to be a diviner to locate the source of the “state of unrest, bordering on war” We are still alive to Moses Kuria’s ‘TURIHAMWE’ call on the use of machetes to defend corruption. At the time of uttering these sentiments, the NYS scandal had just broken out, and then CS for Devolution and Planning was on the spot.

Related Content:  Deputy President William Ruto Is A Man Fighting For His Life

The call to use of machetes was in the defense of the former CS. During the 1994 Rwanda Genocide machetes were the preferred weapon of choice by the ‘INTARAHAMWE’. In the 2007/2008 temporary insanity, machetes were used. In the course of the Waki Commission hearing, it emerged that prior to the PEV, bulk purchases of machetes were made from a leading supermarket chain along Ngong Road. Recently, we had the Leader of Majority in the National Assembly issue oblique ‘fatwa’ against members of the Kamba community in Garissa. There is also the widely publicized statement by Shabbal in the presence of Hon. Duale and DP Ruto. According to Shabbal, Jubilee must win the 2017 election at all cost including through bribery and violence. I use the terms ‘Self-fulfilling Prophecy’ and ‘State-inspired violence’ out of practical experience.

As a strategy to counter the heightened demand for multiparty politics in Kenya, the MOI-KANU regime constantly warned that introduction of pluralism would bring about ethnic violence because Kenya was not yet cohesive and mature enough. True enough from February to August 1992, ‘Land Clashes’ erupted in Rift Valley. I was secretary to the Symposium Task Force which investigated the ‘Land Clashes’. There was evidence that the Government facilitated the so called ‘Kalenjin Warriors’ who were at the centre of the violence. Later it emerged from the Akiwumi Commission on Land Clashes that some of the ‘Kalenjin Warriors’ were actually members of security forces on off-duty. It will also be recalled that in the 1992 elections, the KANU government supplied the mungiki with military equipments including land rovers and powerful communication equipments.

Related Content:  Julie Gichuru You're Not Part Of The Solution But The Problem Not A Peace Ambassador But Impunity Queen

This evidence was adduced before the Njonjo Commission of Inquiry into the ‘Msaliti’. Mutahi Ngunyi is therefore preparing us for a state of instability perpetrated by militarized civilians then blaming it on the person of Raila. The Bill on self-defense by Moses Kuria provides a facilitative legal framework for this anticipated violence. Sadly innocent blood will be lost and Kenya taken back 50 years into the Dark Ages. This is the essence of Mutahi Ngunyi’s power game narrative in which we are mere pawns if not collateral damage. So we all have a civic duty to ensure that this doomsday scenario does not materialize.