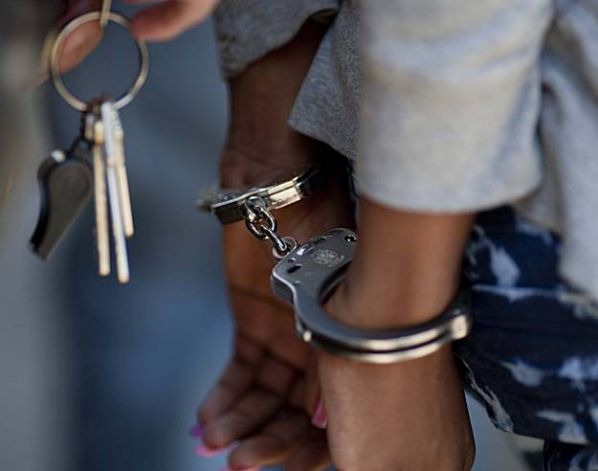 Family Bank has been under pressure in the past week following malicious message that went viral online alleging that the bank was being out under receivership and incited the public to withdraw all their money last risk losing all on the bank getting frozen.

The woman identified as Christine Gachiko Njeri, 35 and who is a businesswoman in Nairobi was arrested Friday evening from her house by detectives from Banking Fraud Investigation Unit. Unit boss Ngatia Iregi said they had been investigating the matter since Wednesday when the message started to spread on social media.

Family Bank becomes the second to be hit with such a similar rumors after Prime Bank which was feted for a collapse. There’s a crisis in the banking system following the revelation that more than 10B of NYS money was siphoned through commercial banks which are now under investigations throwing into panic consumers that they risked losing their money on eminent closure.

Social media was highly blamed for the collapse of Chase Bank. It’s irresponsible to use social media to disseminate false messages like that on Family Bank. Practicing responsible blogging and only sending verified information should be prioritized.

The family had to fight off bulk withdrawals sparked by the panic messages doing rounds on Social Media. It’s unfortunate that evil minds are taking advantage of the distrust and lack of confidence In the banking system to pounce on their competitors.

The bank management has given securities and assurance that the bank is in its stable state. If the trend of malicious messages is allowed to continue, the banking system will remain unstable and with mounting trust issues. Consumer confidence should be at an all time leveled.

Related Content:  Patrick Sang, The Man Behind The Legend That Is Eliud Kipchoge

The bank said it was in a strong financial position and well within the statutory requirements as governed by Central Bank of Kenya, “a fact that is easily confirmed through the return that we make as required by law.”

“We thank our customers who have stood by us despite the negative messages going round and urge them to continue supporting the bank,” a statement published in media said.

PAC investigations has unearthed that upto 28 banks were involved in the NYS scandal which forms the bulk of the basis of the malicious message against Family Bank.It raises eyebrows why of all the banks involved , Family Bank has become the isolated target.

It’s worthy noting that as banks come under attack on the NYS scam , the silent perpetrator remains CBK who as the regulator gave the transactions a clean bill of health before proceeding. So by doing the transactions on NYS on CBK nod, Faniky Bank was simply charging its fiduciary obligation. Unlike Chase and Imperial Bank whose grounds of malicious mesages touched on corporate governance issues , Family Bank matter is far fetched and different as it only circles around NYS scandal . sources of such alarming issues should factor in that empires take time to build and killing a home grown companies over unfounded grounds need to be ashamed . Authorities should clump on such dishonest characters and evil players in the banking industry .

Kenya Insights allows guest blogging, if you want to be published on Kenya’s most authoritative and accurate blog, have an expose, news TIPS, story angles, human interest stories, drop us an email on [email protected] or via Telegram
Related Content:  Babu Owino's New Year Resolution Is To Leave Alcohol And Drink Chang'aa Only
Related Topics:
Up Next