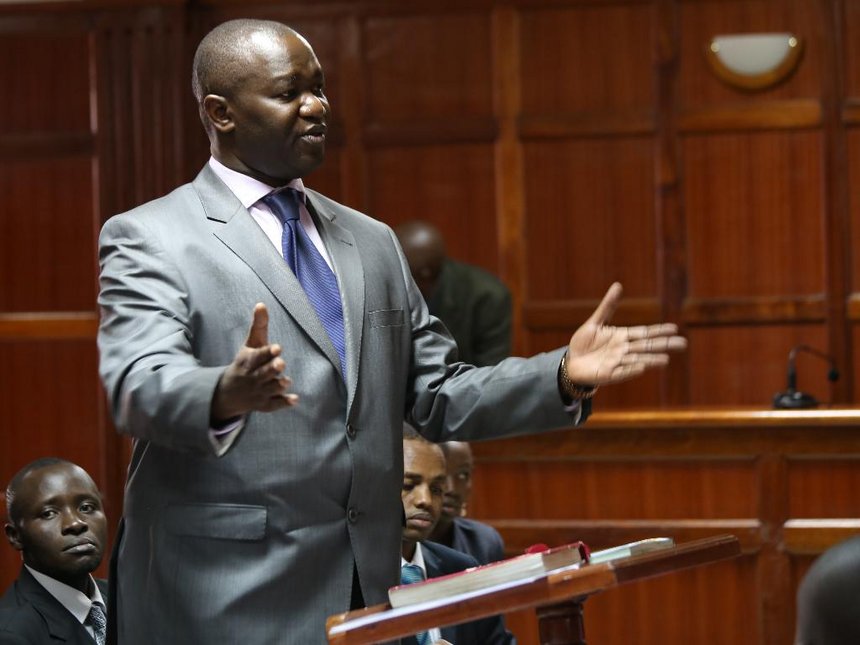 On October 5, Ojiambo obtained temporary orders barring KRA from taking any action against him until a suit he filed is concluded. Ojienda has accused the taxman of unfairness.

KRA, in a letter dated June 7, demanded payment of Sh443,631,900 from Ojienda as total tax due to it for 2009-16. But the lawyer says the claim is illegal, and he should not be made to pay. In court documents, Ojienda says KRA has summed with all the money he has received since 2009, including unpaid bills, his clients’ money, proceeds from personal accounts to which he was paid salaries and other allowances, and treated it as his net taxable income.

He accuses the taxman of unlawfully subjecting his four bank accounts, three held at Barclays and one at Standard Chartered Bank to taxation, which, he says, is in violation of his fundamental rights. Stating that he receives and keep clients’ money as a statutory obligation and that money cannot be subjected to taxation as the taxman wanted.

He said it is unfair and unreasonable for KRA to seek claims on sums banked at his personal account. Ojienda says it is unfair that he is required to provide communication and documents between him and his clients, which were covered by advocate-client privilege.

He says it was wrong for KRA to issue an amended assessment dated September 5, purporting to assess a total of Sh378 million as tax dues and payable for 2011-16, without giving him a chance to be heard.

The battle has been marred with tribal bias class between Ojienda and James Mburu, a deputy commissioner of KRA who swore an affidavit against him. Ojienda claims the pursuit is dishonest and full of malice. Mburu in his affidavit says a payroll that Ojienda never deducted and remitted his employees’ income tax as required by law.

Dr. Robert Ayisi, the Nairobi County Secretary, who claims to have been frog-marched by KRA officers. Ayisi was arrested allegedly for declining to reveal crucial information to KRA on the payments made by the county to Ojienda and his law firm. He has since sued for harassment and humiliation, following his arrest and brief detention at the Times Tower.

The matter if tax fraud has hit several media publications even though the case is yet to be determined by the courts, KRA seems to have won the public court with sympathy seeking innuendos. While tax evasion is a severe economic crime, the judicial procedures must be respected and trusted in carrying out their mandate and give the breakthrough in this standoff between the law professor and the taxman before the public lynching. The imminent violation of individual space in the name of sniffing by the taxman shouldn’t be excused either but instead should adhere to the set ethical standards.

The case between Ojienda and KRA is still before the court shouldn’t be discussed in details to the media as it could incite unreal opinion and perception. Respecting the judicial components in serving fair judgement should not be tampered with. KRA need to through legal in addressing this stand off and do so by respecting the law.

Related Content:  Police Raids Topstar Casino Associated With Ruto Arresting 20 Chinese Immigrants
Kenya Insights allows guest blogging, if you want to be published on Kenya’s most authoritative and accurate blog, have an expose, news TIPS, story angles, human interest stories, drop us an email on [email protected] or via Telegram
Related Topics:
Up Next

Reprieve To Eastleigh Hawkers As Court Moves To Bar The Land Grabbers, Alfa Traders From The Piece