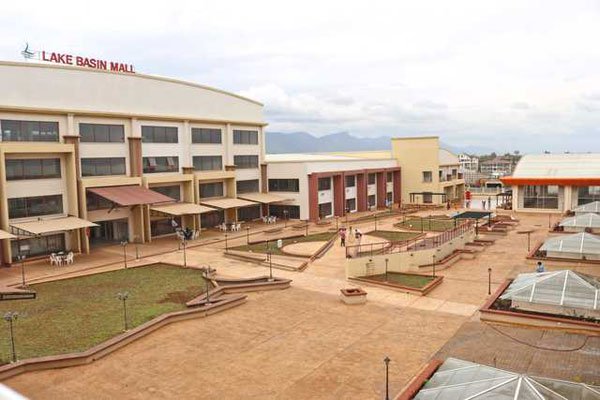 EACC has uncovered yet another scandal at Lake Basin Development Authority (LBDA) after records indicated that Chinese-owned Erdemann Properties Ltd bribed board members with cash and houses to secure a Sh 2 billion Kisumu Mall contract.

According to the Ethics and Anti-Corruption Commission, the bribery racket at LBDA has been uncovered. The anti-graft detectives have said as they are prepared to arrest the real-estate firm’s officers in relation to the scandal which saw Erdemann Properties inflate the construction costs for the Lake Basin Mall to cater for kickbacks in return for the lucrative contract.

EACC has now put George Nicodemus and Innocent Obiri both former LBDA board members under their most wanted radar because the records at the anti-graft watchdog indicate that they are the beneficiaries of the bribe from China-owned Edermann.

The Erdemann directors Zeyun Yang and Zhang Jing revealed the info in court when they were seeking anticipatory bail as EACC had gone full-blown after them for colluding with LBDA officials to violate procurement laws at the taxpayers’ expense.

High Court Judge James Onyiego dismissed Erdemann’s application and ruled that arresting the two Chinese nationals will not violate their rights. Judge Onyiengo added that Kenya’s laws have remedies for individuals who feel they have been unlawfully arrested without adequate evidence.

According to EACC, Erdemann paid one Mr. Nichodemus Sh12.4 million in two installments on May 2 and December 11, 2013, and Mr. Obiri received Sh2.3 million from Erdemann on May 2, 2013. The EACC had earlier revealed Mr. Obiri’s alleged benefit in a lawsuit the Bobasi MP filed to stop his arrest.

Related Content:  It Emerges Chris Msando Had A Son With A UK Woman

The same case also touched Kisumu County Assembly Speaker Onyango Oloo, who had earlier been accused of receiving a house in Athi River as a kickback to the same Kisumu mall tender.

According to Government valuers, the mall is worth Sh3 billion, which clearly means that the cost of the mall had been inflated by Sh1.2 billion.

On July 4, more than 20 EACC sleuths raided the houses occupied by Erdemann’s directors and collected what could constitute evidence in the event that the Chinese nationals are arraigned.

“The contractual sum was unlawfully inflated, with Mr. Yang’s and Mr. Zhang’s company failing in crucial stages but was, nevertheless, awarded the contract after unduly influencing the board members. Contrary to the applicants’ averments that the project was passed by the Attorney-General, the Attorney-General’s legal opinion dated December 5, 2016, revealed several irregularities in the award and execution of the tender,” EACC told the court.

“The cost of construction was inflated to take care of the gifts given to the board members by Erdermann inter alia; houses and money which induced the board to disregard necessary procurement procedures,” EACC added.

The Chinese nationals have since petitioned their government claiming that their staffs have been harassed in Kenya since 2015 in the name of investigations even though they had earlier recorded statements in relation to the mall.

However, Justice Onyiego has maintained that this is just a mere fear of arrest and is no reason to grant anticipatory bail.

In my opinion, Why is this Chinese company forcing deals to benefit their inner circle without bothering if the correct rather constitutional procurement procedure is followed? Who are these politicians that have made the Erdemann ltd confident enough to just work the way they want? Why is it that Chinese businessmen threaten our Judiciary using their own own government?

Related Content:  Attempted Attack on U.S. Embassy In Nairobi A Confirmation ISIS Is Stamping Terror Authority In Kenya
Kenya Insights allows guest blogging, if you want to be published on Kenya’s most authoritative and accurate blog, have an expose, news, story angles, human interest stories, drop us an email on tips.kenyainsights@gmail.com or via Telegram
Related Topics:ErdemannLBDA
Up Next