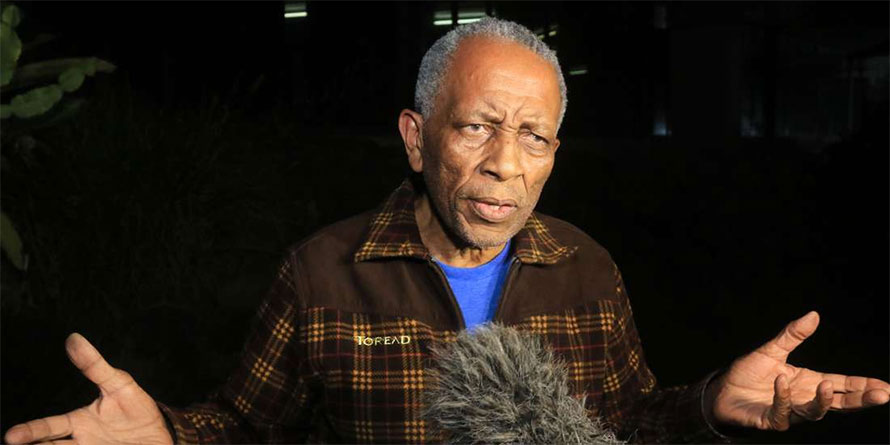 Afrison Import and Export Limited Managing Director Francis Mburu is now demanding over Sh36 billion from the government for failing to protect him from illegal encroachers and for forcibly taking over his land in Ruaraka.

In a suit filed at the High Court, the businessman claims the current value of his land is Sh23 billion with a further Sh13 billion arising from loss of rental income and accrued interest. In the case, Mburu, through his companies Afrison Export Import Limited and Huelands Limited, has sued the Nairobi City County, National Land Commission (NLC) and the Attorney General.

The businessman accuses the County government of Nairobi and National Land Commision of using him as a scapegoat and cover-up for illegalities and unconstitutional actions. “..Whereas the respondents have the accurate records of the suit property, they have actively been publishing untrue and misleading information that affects my integrity,” says Mburu.

Mburu accuses the Attorney General of failing to protect him in the alleged illegal acquisition of his property.

The multimillionare further accuses the government of illegally taking over his property and unlawfully allocating it to rich private developers who have erected high-rise commercial and residential buildings, with the state connecting and supplying them with water, electricity sewerage and other amenities.

“NCC saw in my properties an opportunity to receive premiums, rents and rates not withstanding that it had not compulsorily acquired the same and paid compensation to me, NCC is actively disposing off and illegally offering the suit property to private developers which greatly prejudices me.  The County has been assuming not only ownership but has also demanded rates and land rents over the property which they have been in occupation from inception,” says Mburu.

The Ruaraka land saga has not just began, In June, Justices Elijah Obaga, Benard Eboso and Kossy Bor castigated NLC for sanctioning the payment of Sh1.5 billion made by the Ministry of Education to the businessman, saying it was irregular, as the land in which two public schools stand, belongs to the government. Mr Mburu has since appealed against the decision and in the fresh case says the Ksh.1.5 billion that was declared illegal should be reclaimed from the Ksh.36 billion he is now demanding, should he lose the appeal.

In May Lands Court judge John Mutungi ruled that Gospel Evangelistic Church (GEC) should remain on a 1.8 acres, part of the 96-acre parcel of land. The businessman lost the Sh21 million parcel of land in Ruaraka following a seven-year court battle.