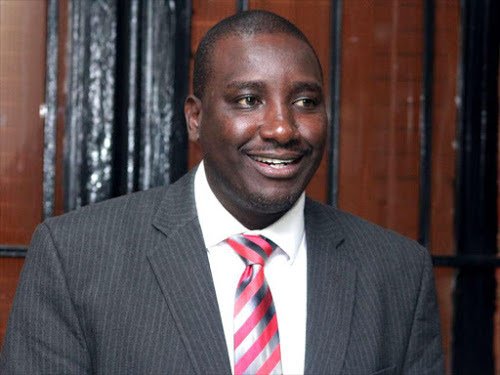 Nairobi Assembly’s County Clerk Jacob Ngwele has been arrested and currently being held by Dubai authorities. Ngwele together with other County Board members had travelled to Dubai for meetings that can’t be accounted for.

Unknown to him, there was a court order for his arrest should he be spotted anywhere in Dubai. According to the document in our possession, Ngwele for Nairobi County had secured services of a firm to hold trainings for county members in Dubai.

This accrued a bill of Sh4M which is the amount he’s being held for, goes back to 2016 when the bill was piled. So the firm went to court and an order of arrest on sight issued.

Ngwele was picked from his five star hotel where he was staying by Dubai police. According to our sources at City Hall, there are currently an arrangement by the County’s Accountant Basil Omondi working on instructions to send the Sh4M to Dubai for Ngwele’s release. 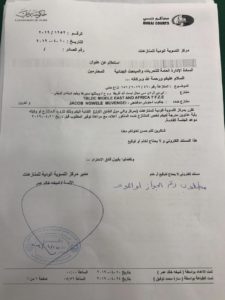 Ngwele’s warrant of arrest issued by Court of Dubai.

We also learn that the amount Ngwele is being held for had already been paid according the county books. This is a flag for misappropriation that we shall revisit later.

Our sources also intimates to us that frantic calls are being made by his ground soldiers. The acting speaker and deputy clerk have rushed to foreign affairs to stop the story from escalating.

Ngwele is just fresh from the courts over corruption accusations. Ngwele was accused of colluding and stealing close to Sh1 million through a tender to supply books to the Nairobi County Assembly resource centre.

The prosecution said the books were never delivered despite Primara Ventures receiving payments.

He was charged  jointly with 6 others for the  conspiracy to defraud. It was alleged that between March 6, and July 5, 2017, with intent to defraud the Nairobi assembly, they flouted procedures in the procurement of books for the city resource centre by irregularly paying Sh997,926 to Primara Ventures.

Ngwele is not new to this site as we’ve previously wrote how he leads the City Hall Cartels and also his war with assembly’s speaker Beatrice Elachi. An MCA who talked to us said the two went full throttle after the speaker wrote to the EACC to investigate Ngwele over multiple corruption deals.

Things then turned ugly with the speaker impeached after what the MCA talking to us said was a coercion, “that was not voting, they simply threatened MCAs, if you voted for madam you risked losing all the luxurious committees, the trips and per diem.”

A court order has been issued to allow the speaker resume office but Elachi’s efforts to access her office had been futile. However, on a recent interview, County’s Majority Leader Abdi Guyo who was the headliner in removing the speaker said that they won’t respect the order and vowed not to let her resume office.

City Hall has never been short of scandals and dramas. Currently, there’s a fierce war ongoing. Now that it’s evident Ngwele ‘alikulala pesa’ will the Governor relieve his tribesman and a confidant from office for misappropriation of the Sh4M? Will the ‘corruption free’ Governor take any action? Your guess is as good as mine.

Related Content:  How Biden’s Inauguration Ceremony Will Be Held
Kenya Insights allows guest blogging, if you want to be published on Kenya’s most authoritative and accurate blog, have an expose, news TIPS, story angles, human interest stories, drop us an email on [email protected] or via Telegram
Related Topics:
Up Next