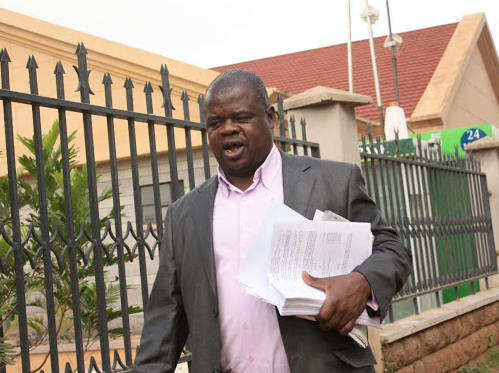 Expect Omtahtah an household name to swing into action when he’s needed. Days after KRA shortlisted candidates to succeed the outgoing CC John Njiraini, Okiya has moved to court to block James Githii from being appointed. He has been fronted as the most likely candidate to take over.

Omtahtah alleges an elaborate plan hatched by KRA Commissioner General John Njiraini on his successor. In his petition, Okiya says that in a well planned sham, Njiraini created illegal position of Commissioner of Intelligence to have James Githii Mburu to succeed him. Omtahtah also alleges Githii’s appointment was irregular and that he wasn’t taken through a competitive process instead handed on a silver plate. 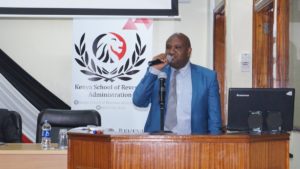 Okiya goes further to say that James Mburu and Njiraini are relatives causing more conflicts in the whole saga. Many Kenyans have been of the opinion that the position should be rotational with many criticizing the thought of another Kikuyu taking over from Njiraini.

The petition has been filed at the Employment & Labour Relations Court to have Mburu barred from being appointed.

Mburu is said to have led the team that unearthed the scams at KRA leading to the recent arrests. Unconfirmed information say he was handpicked from the military intelligence.

Kenya Insights allows guest blogging, if you want to be published on Kenya’s most authoritative and accurate blog, have an expose, news TIPS, story angles, human interest stories, drop us an email on [email protected] or via Telegram
Related Content:  NRG’s Presenter Mwalimu Rachel Facing A Death Penalty After Being Charged With Robbery With Violence
Related Topics:
Up Next

Disaster: An Acute Maize Shortage Is Looming In Kenya