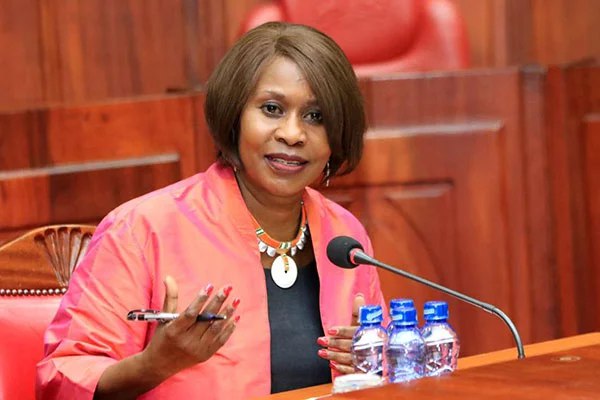 DCI probe into the Sh38 billion Itare dam scandal has taken a new twist after it emerged that Rift Valley Water Works Development Agency board members that tabbed the flawed project tender to bankrupt CMC di Ravenna lacked a quorum and could not deliberate nor evaluate it.

This comes a day after DCI summoned 11 people including the daughter of former minister Ole Ntimama, Lydia Ntimama to record their statement at the Kiambu road-based DCI headquarters. Those questioned on Monday included Ms Ntimama, Ms Ndoigo, Mr Lamaon, Mr Machuki, Mr Ewoi Lochom and Mr Kaaleng, all former members of the board. Bartonjo and ministry representatives FK Kyengo, Barrack Amolo and David Yatich were also questioned. The Board had only four members when the tender was awarded.

According to Nation, the last board meeting was on September 27, 2012, soon before Lydia Ntimama, Ewoi Lochum and David Kinuthia left for politics. The Board was also, as it is supposed to be having three Ministry of Water and Environment representatives, that was under Prof Judy Wakhungu, Kenya’s ambassador to France. It has also been revealed that Chesaina Bartonjo, then the chairman of the Rift Valley Water Works Development Agency left in October 2013.

This means that Rift Valley Water Works Development Agency was operating under Christine Ndoigo, Nemuel Machuki, Julius Lemaon and Samuel Kaaleng who did not constitute a quorum and could not call meetings concerning the construction of Itare dam. However, the most crucial part of the tendering occurred between 2014 and 2015.

“We want to know if the lack of quorum was deliberate. It is interesting that the board, which was expected to have a say in the tendering, did not have all the directors,” DCI detective said.

DCI have put the then Water and Environment Cabinet Secretary Judi Wakhungu on the spot for failing to a proper board in the period between 2014 and 2015 that submission of tenders, award, signing of the contract agreement and the signing of the Sh4.3 billion non-refundable advance payment to the Italian contractor, CMC di Ravenna, was done. The submission of tenders was done on May 16, 2014 and the contract and financing agreement between the government and Italian firm were signed on May 15 and July 15, 2015 respectively.

It has to be noted that NEMA approved the now-stalled multimillion tender was approved on October 28, 2016 according to the Contract documents. Water Resources Management Authority approved it on March 13, 2017. The advance payment of Sh 4 billion through Heritage Insurance which was stated as a guarantor.

The advance payments that are part of the investigations were given out on September 12, 2015, through Heritage Insurance, which acted as a guarantor. The DCI is investigating irregular payments of Sh22 billion to the Italian company as well as anomalies in awarding of the contract. The amounts include Sh5.7 billion paid as insurance, advance payments of Sh 4.3 billion, a commitment fee of Sh1.9 billion and the cash paid for work done amounting to Sh 11 billion.

All probed by the DCI have accused the then Judy Wakhungu Ministry of Water and Environment, which is said to be the big players in the ploy that has since chopped billions of taxpayers money.

Kenya Insights allows guest blogging, if you want to be published on Kenya’s most authoritative and accurate blog, have an expose, news TIPS, story angles, human interest stories, drop us an email on [email protected] or via Telegram
Related Topics:DCIJudy Wakhungu
Up Next

2019 KCSE Results Released, How To Check Via SMS