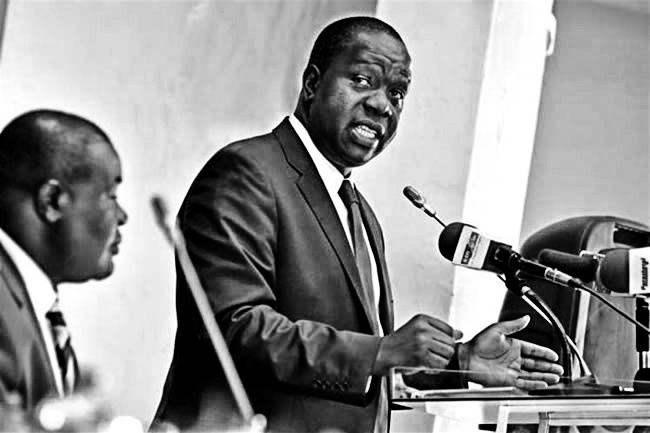 Kenya is yet to come to terms with the KCSE results announced by Education CS revealing a massive drop in performances as compared to the previous years. Most shocking is that only 15% of the 577K candidates who sat for the exams scored C+ and above meaning 85% of the candidates failed. Such disturbing stats. Going further, only 141 candidates scored straight As down from 2865 the previous year. The embarrassing decline exposed an alarming trend within the system that dubious grades have been churned over time. On releasing the results, the CS said the exam was tightly supervised than ever before with no single cheating case, and for the first time in Kenya history, KNEC didn’t cancel a single result. As the CS said the grades released were the clear and genuine reflection of the candidates and Kenya education system. Damned!

The inconsistency is attributed to exams cheating which has been rampant in the past recent years, 2015 exams were largely leaked that ministry contemplated calling for the exams. 5000 results were canceled, and it recorded highest numbers of As. Dishonest grades that have seen a culture of jelly students registering for prestigious courses in universities given their strong but untrue grades, shifting courses over the years. Prof. Magoha noted with concern how 50% of students who join medical schools come with fake grades only to spring out of the course when the tough hits the rail.

Schools and students have been running monkey businesses for good grades that the stiff Matiang’i rules killed embarrassing schools like Kabarak who previously recorded 212 As in 2015 and managed mere 2 As this year. It’s known that of some private schools operate multiple examination centers with an aim of engaging in unethical practices meant to enable them to record favourable rankings in national usual. This is a ridiculous examination malpractice since the proprietors of these schools are apparently using innocent students in an unscrupulous marketing exercise of their businesses.

As it were, these schools register weaker pupils at sister “satellite” examination centres so as not to bring down the mean scores of their main “marketing” schools. We have discovered that the majority of these schools that offload “weaker” pupils usually have a small candidature of between 20 and 30 of their best candidates. These abnormal centers are the ones that top charts whenever ranking for schools is done. How just did the ministry cap exams cheating and beating the cartel at their own game?

In May 2016, Matiang’i banned the holding of mass prayers and school visiting days during the third term, noting that some unscrupulous individuals use these days to sneak materials that could compromise national exams.

October, Education Principal Secretary Belio Kipsang announced the overseeing of the national examinations by county commissioners, as opposed to the Kenya National Examination Officials (KNEC) supervisors who had been conducting the similar role in previous national examinations.

The Education Ministry had also advocated the installation of security cameras in examination centers, aside from preventing the use of mobile phones by invigilators, supervisors or candidates in the exam room.

Matiang’i made head teachers directly responsible for their exam centres. Under the new regulations, head teachers were required to pick exam papers from county distribution points at 5:00am every day – a departure from normal practice where police managed distribution.

Exam papers had unique watermark barcodes on each page, a measure that was aimed at curbing copying. Exams marking were done under great scrutiny and set timelines. On the close of business day, all results from marking centers were electronically live streamed to the nerve center for keying in. All markings were done by 24th Dec. Unlike previous times where releasing results was delayed till February a period which gave time for money to exchange hands and manipulate the results, Matiangi released the results almost immediately to cut off this cartel.

Many useful lessons can be drawn from the successful administration of the 2016 national examinations. The most significant, however, is that with effective collaboration and coordination amongst relevant agencies of government, virtually any national task and objectives of government can be met. Going forward. Therefore, the Ministry of Education will endeavor to ensure effective cooperation and collaboration with all relevant actors to reform and strengthen the education system adequately.

The second lesson we learn is that the Government has all the machinery and capacity to run a clean, transparent and credible national examination. All we need is careful planning and committed staff who operate with high levels of integrity. Excuses like that of ICT CS Mucheru of Al Shabaab hacking Electronic voting system in favor of manual backup, don’t get things done instead action does.