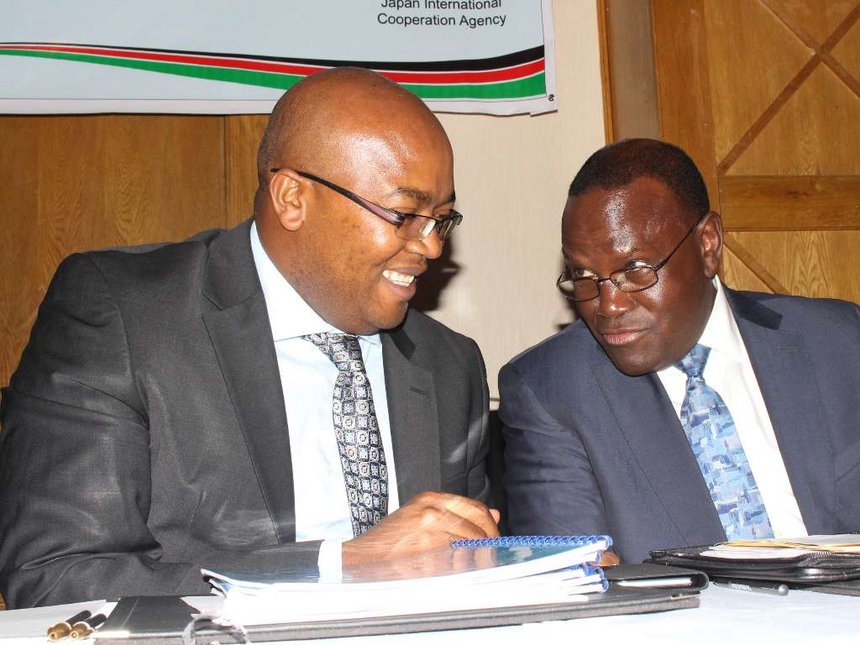 The Council Of Governors will today meet Ministry of Health officials and the Doctors Union in an intense negotiation to end the month-long strike. There has been the lack of sincerity especially from the Government’s side to end the strike that has now seen uncountable lives lost, and the general public was thrown into suffering.

Government’s reluctance has been self-manifest through intimidation and blackmailing tactics they’ve reigned in the officials from arrest threats to physical intimidation on KMPDU officials to threatening mass sacking of striking doctors and replacing them with foreign ones. It has been so embarrassing that Statehouse denounced authenticity of CBA saying SRC wasn’t assignee to the pact with evidence saying otherwise. This was meant to be an excuse for not implementing the document that the government assigned to.

As COG meets to deliberate on the way forward, Kenya Insights has learned that the Council has shown the willingness to adopt the agreement to break off the standoff, but MoH is exhibiting all the negative signs and unwillingness to break the clog.

We’ve established that over time, MoH has been blocking the doctors from meeting COG through blackmail tactics. The ministry officials have been telling off KMPDU that even if they met COG and got CBA nod, they’ll use executive influence to stop treasury from allocating the funds. MoH has been reassuring COG that then they’ll deal with KMPDU ruthlessly- they’ve been using the presidency to this advantage. Talks with the President didn’t bore fruits either.

Many Governors are getting restless with MoH’sMoH’s handling of the strike, most of them especially from Jubilee regions can’t talk openly being an election year, some have been threatened with losing party support if they raised voice. Kenya Insights through insider sources has established that COG was in the process of implementing CBA but was stopped by MoH who wants to take the credits. The plot is for MoH to set up a KMPDU vs. COG and take credit. The entire game is politicized, but KMPDU officials have reiterated and distanced themselves of having any political interest in the squabbles with full support for devolution.

There have been fictitious meetings between COG, MoH, SRC to the charter way forward but one thing comes out clear from all that MoH with stiff stands has become the stumbling block. The arrogance has heightened to the levels that one of the Afya House officials was overheard saying that “Kenyans are very tolerant, if they can vumilia for 34 days, the strike can last for another 35 days we don’t give a fuck.” The bully nature and insincere negotiation spirit by the MoH are the primary reason the standoff has stiffened.

A malign campaign has also been on a play by The Ministry against doctors with propaganda flying around that they’ve turned down government offers that doctors are selfish. The campaign doesn’t detail the CBA requirements in entirety which goes beyond doctors pay. CBA was designed to resuscitate the collapsing public healthcare system which is majority’s option. The politicians are turning a blind eye on the standoff as they comfortably afford private healthcare off taxpayers who’re now left at God’s mercy. The public healthcare is on its deathbed not by coincidence but a conspiracy that is now seeing foreign investors and their local intermediaries take over the healthcare industry.

Bring It On: KMPDU Dares State To Go Ahead With Plan To Jail Them Says CBA Resolve Remains Irreversible And Governors Divided On Sacking