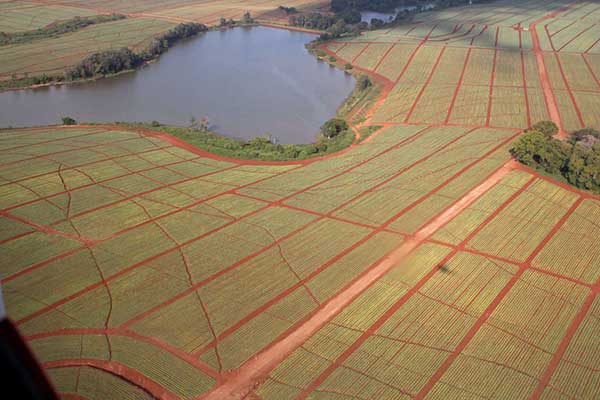 Delmonte Kenya Ltd has a welcomed decision by the National Assembly Lands Committee to have its land re-surveyed. The Thika-based fruit processor says a fresh survey of the entire 22,000 acres of land it owns will finally put to rest a bitter row with Murang’a County and some of its residents who claim the firm is farming on more land than is registered in its deeds

In a press statement, the Delmonte’s Managing Director, Stergios Gkaliamoutsas said the company strictly farms within the confines of the areas as demarcated in deed plans annexed to the titles they hold.

The National Assembly’s lands committee has directed Director of Survey in the Ministry of Lands and Physical Planning to re-survey the lands owned by Delmonte.

This came at a time the fruit processing company is geared to apply renewal of its land leases which expires in 2022.

Several quarters have been claiming the company sits on a land which is more than what is indicated in its title deeds.

A section of residents from Murang’a have been demanding Delmonte to shelve part of its land to settle some people who were displaced by colonialists to create farming land for the company.

The Kandara Residents Association has been battling in court pushing the fruit processing company to surrender some acres of land before their leases are renewed.

Gkaliamoutsas in the press statement noted that the titles were issued in 1970 and 1973 and this was confirmed by the Director of Survey.

He said claims that the company is sitting on more land than the acres which they are titled are arising when Delmonte is geared to apply for their land leases to be renewed.

“We have never had a single land dispute from the time we were issued with title deeds until now when the leases are subject for renewal,” stated the managing director.

He said any member of public can access the deeds plans from the Director of Survey and check the acreage the company owns by google maps.

“Delmonte wishes to reiterate its readiness to engage relevant stakeholders with a view to reaching reasonable settlement on the land leases issue,” added Gkaliamoutsas.

Three quarters of the land owned by Delmonte lies in Murang’a County and the rest is in neighbouring Kiambu County.

The pineapple grower and processor has applied for renewal of its leases, a move which has met resistance from some individual leading to several filing of court cases.